Product: NHL 22
Platform:Xbox Series S
How often does the bug occur? Often (50% - 99%)
Steps: How can we find the bug ourselves? Start a franchise mode.
What happens when the bug occurs? I’m not able to get past a specific date because when I try to simulate my game crashes
What do you expect to see? I expect to see real changes and a playable franchise mode
Was the issue in online or offline mode? Offline
Insert Game Mode or Feature here Franchise mode
What time did you see the bug? (HH:MM AM/PM) 21:42
What is your time zone? EAT - GMT + 3:00
What is your gamertag/PSN ID? Le Waxer
PS4 Crash Reporting: Please copy the text you put in the crash report here.
EASHL issues? Please insert your Club Region.
What is your game language? English

If you are crashing after yesterday's January update please let us know the following so we can get this information forwarded to the team to help aide them in putting out a fix.

mine is also doing it on ps5

I have the exact same issue but on PS5 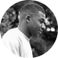 May I ask how far in advance are you all simulating?

me i sim to the playoffs

Does it crash on you if you simulate it in smaller chunks?

@EA_Blueberry I have been having crashing issues too. I have not seen a pattern so far in my games. I have simmed a few days at a time, a few weeks at a time, months and so on just to see but it still crashes at different dates. So I haven’t been able to play the game at all. If I play the games instead of simming them then I get the goal syncing problem. But if I sim the games, my game crashes

This has been going on for a while now and I am really getting frustrated. It’s been over a month and the game is not enjoyable. Even when it wasn’t as broken as it is now, it was still missing lots for the Franchise Mode and Be a Pro games modes

I know you aren’t the person to take frustration out on so I try not to but they locked edit players, and the trades system are still not good and same with the coaches and chemistry still isn’t adaptive it’s just so hard to be happy with a game that is broken and has locked us out from playing it the way that we like to play it especially since it doesn’t hurt anyone else since it is offline modes
Message 9 of 140 (4,857 Views)
Reply
2