[Fixed] - Siblings don’t recognize each other

@laurajpowers Your thread is now merged and become one with the thread. I have not experienced that. But maybe it automatically added that you "me too" the thread.
The thread is web based, so all OS is welcomed. The thread starter is only explaining their device. Hehe
I'm on Android too, and I could do me too.
The bug seems cross platforms, so it's not Device based bug.
Don't be confused, it's already seen by @SalixCat
*Cheers
Message 101 of 117 (607 Views)
Reply
1 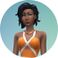 Same here! The only relationship statuses that appear are mother father son daughter. Siblings don’t recognize one another, neither do grandparents and grandchildren etc. Please help to fix this issue

Product: The Sims Mobile
Platform:Android Phone
List the specific devices you play with (e.g. iPhone 6s Plus, Samsung Galaxy S7) Huawei P30 Pro
OS Version 10
How often does the bug occur? Every time (100%)
Steps: How can we find the bug ourselves? Definitely common but I can't find the answer or how to fix
What do you expect to see? Brother/ Sister instead of acquaintance. Option for the sibling rivalry story once the 'begin rivalry' event is complete
Connection Type Wifi
Please select your region Australia
Country Australia
Additional feedback I am on my 5th & 6th generation still trying to start the sibling rivalry story. I can only attach 3 files. Proof of the same mother (and father) Proof of no previous introduction Proof of rivalry completed and still no option for sibling rivalry story Now they are acquaintances and not siblings

See additional feedback for the jist

I know this has been an ongoing bug affecting lots of players for some time now, but is there a general consensus on this? Does EA plan to fix it? Has this relationship story ever worked at any point?

I just promoted my son to playable and his NPC siblings from the same mom don’t even show up as acquaintances, let alone siblings. I’ve read that most people have the issue where they show up in contacts as acquaintances, but mine aren’t even in his contacts at all.

@tron20X6 Let's hope they able to find the vaccine to next update. Please give us update to the status of this problem, right?
They don't show as acquaintance but roommate in my game. 😔

@LyciahSul Sul, others are having same issue in this topic (This link). Please click "Me Too" there if this topic not yet merged. Otherwise, please ignore the Me Too request if already merged.

@dena_henare Sul Sul, others are having same issue in this topic (This link). Please click "Me Too" there if this topic not yet merged. Otherwise, please ignore the "Me Too" request if already merged.

@tron20X6 Me too. Happy Sibling Simming!