Been fine before the latest update. Long time player

my phone is Vivo Y91

Been fine before the latest update

since updated the new version i can't play the game, it just black screen but i can hear the BGM, SFX

@EA_Mai Hi, Mai. The first couple of questions are answered in my initial post (about the OS). To answer the rest of your questions:

-The game opens to the initial (new) blue screen with the EA and Maxis logos, my Google Play gamer tag pops up briefly at the top, THEN the screen goes black. So, it does NOT go black immediately upon opening, but YES, this is every single time I open the app. About 15 seconds after the screen goes black, I hear all of the regular game play sounds--there are just no visuals along with them.

-I installed the game through Google Play back in November 2018, and have updated it via Google Play each time there's been an update.

-The game worked properly from the time I first installed it back in November and through every single update since, up until this last update on September 11th. I had never encountered any issues with the game on this device (Acer Chromebook R11) before this last update. This Chromebook is not even a year old yet, and I don't have any other devices to play on.

It has been a full week now without being able to play. Before this situation, I played every single day ever since I got the game. I've missed out on 56 fashion gems from parties (and counting...!) and have also missed out on the tons of gems from contest (which I always ensured to max out stickers). Let's not even mention all the event rewards that we will not even have the chance to earn. (T_T) It's been truly disheartening.
Message 33 of 54 (384 Views)
Reply
4

We are still working on this! Please see these tweets for the latest update:

Edited by EA_Mai: Marking this post as solution so it shows up on top (for visibility) - we are not considering this fixed yet

Adding to that ^, thanks everyone for sharing those details with us! <3

I open it and get the new blue ea screen. My Google gamer tag pops up and the top then black screen with the game sounds in the background.

It has always worked fine before this update.

I got from Google play store and always update through the play store.i updated the day it was released and have Missed out on  the new event ☹️

@SimGuruMaaike thanks for sharing those info details! hope EA can fix the bugs as soon as possible
Message 37 of 54 (334 Views)
Reply
1

@SimGuruMaaike Thank you for the update.

So, I need to know...What's going to happen with the Wumples quests (items and gems) that we're ALSO missing out on, on top of the Showdown rewards and gems??  Once this is fixed, will we be compensated, given the chance to earn them somehow, or something?  Because I just saw the new items (skirt, necklace, and gems) and I'm seriously CRINGING HARD at all the stuff I'm missing out on that I would otherwise 100% have if this black screen bug hadn't happened.

I'm one of those ridiculous gamers who completes EVERY SINGLE EVENT and gets ALL the rewards. This is killing me. I just want to know what will happen in regards to this once the issue is fixed--any sort of answer would be greatly appreciated. 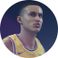 Yeah, there's surely going to be something they will do for us because it's been so long now, should have been sorted days ago. I don't even have words for how angry my girlfriend is about this bug lol