Product: UFC 4
Platform:Sony Playstation 4
Please specify your platform model. Sony PlayStation 4
What is your gamertag/PSN ID? MythicDaichi
Can you tell us the date (MM/DD/YYYY) that you saw the bug? 08/14/2020
What time did you see the bug? (HH:MM AM/PM) All the time
What is your time zone? ECT - GMT + 1:00
Which mode has this happened in? Other
Summarize your bug Female CAF wears some weird all black top/sports bra during UFC fights in career mode. instead of wearing a UFC top/sports bra. She does wear UFC shorts however... Really destroys the immersion of the career mode to not see them wear an official top/sport bra.
How often does the bug occur? Every time (100%)
Steps: How can we find the bug ourselves? Create a female CAF and get to the UFC in career mode I guess?
What happens when the bug occurs? You see the female CAF wear an all black top during UFC fights.
What do you expect to see? I expect to see the female CAF wear official UFC gear during a UFC match. Like in real life and like they did in the previous UFC games.

Attached is a screenshot of what I am talking about.

Alright folks. Likely my last reply on this matter because I ran what I’m basically gonna say is my final test for the workaround. The WFA route works,  but I did not test the DWCS because I’ve heard that causes it’s own glitches with not being able to get matched with ranked fighters. These steps worked for me.

1. Create female CAF fighter. In my test I edited:

A) Gender to “Female”

B) First and last name

3. Went through the initial “impossible” fight.

5. Fought about 10 fights, getting myself up to the 6th ranked Strawweight.

6. Moved up to UFC from the “You’re either going to the UFC or you’re not” prompt after a contract cycle runs out from Coach Davis

7. Edited appearance settings for my badass Norwegian knockout machine at this point.

8. Did a fist pump into the air when the top displayed correctly.

We shouldn’t have to rely on janky workarounds, though.

EA. Something in game is broken. You’re running the risk of disenfranchising some of your female (and males who like myself get bored of playing as male fighters sometimes) fans. Please fix it.

May or may not report on what is really the final variable: When your shorts change to gold print for your name after you win a belt. Given that I’ve basically narrowed down the goofiness to appearance changes at creation, I’m sure it will work out “fine”.

That looks like the texture assets are missing, check if you can fix this by booting your console in Safe Mode and then choose Option 5, Rebuild Database.

Will try this and let you know if it worked. Thanks for the quick response!

@EA_BarryHave tried the solution you suggested but the problem persists. I do not think it is a missing texture by the way but I could be wrong. To me it looks like one of the the default all black tops that your CAF wears at the start. It also seems to revert to that same top when you go in to the appearance editor.

I'm not sure if this is a bug or just a questionable design decision. In career mode my character does not use the clothing I have customized them in once they hit the UFC (I can't remember if it was happening before then). At least this is the case for female bantamweight. The character is wearing it on the career mode menu screen and while sparring.  But on fight night I'm stuck with a generic black sports bra and shorts.

Custom gear appears to work everywhere else that I have checked (like Fight Now) but I haven't played all game modes yet.

I'm having the exact same problem. And yes it is a default all black sports bra and default shorts from the start. 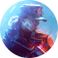 Having the same issue for Xbox One version, how is that rebuild database done on there? oh n/m it's been reported as not working. darn.

It's a missing texture issue or the game trying to assign something that doesn't exist, or something along those lines. I went through it painstakingly last night trying literally every top except for the actual long and short sleeve shirts,  to see if one of them didn't succomb to the bug. and it's much much darker than the generic black top. Plus the lighting is different for it, like it's some kind of void. As opposed to the generic black top.

I have this issue on Xbox. I thought it was gone completely like just empty space, but it could have been black.
Message 9 of 58 (14,205 Views)
Reply
1

We'll ping the team about this.