Update from my end after testing on various reloaded save games:
- The initial problem seemed to have occurred when my sim had bitten a human to turn him. Any save after that resulted in the tired moodlet showing up. I've tested various conditions: with the guy moving in, without him moving in, without him changing into a full vampire on their lot, etc.
- The save before that I tested with similar actions (no mods, cc still installed) but this time it was fine - no tiredness. She bit him again, moved him in, had a kid with him, but no issue.
- As one of the previous replies mentiones, Caleb also seemed to have the tired issue from the beginning, he always napped everywhere and when my sim came over to visit he would just go to bed.

- The hunger issue continued but I used sims.remove_all_buffs which did in fact get rid of my hunger - it hasn't come back since but I've only played for about 24 sim hours after that moodlet was deleted.

I tried the sims.remove_all_buffs and the hunger comes back

I have the worry with the energy, my Vampire Sims collapse of fatigue without loss on their bars of care, they are in the max 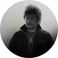 My vampires are always tired and sometimes pass out on the floor. The energy bar will say they are fine or sometimes even full, yet their moodlet will say they are exhausted. Dark meditation doesn't work. It says they don't need it so I'm assuming it is connected to the energy bar. When I put them to bed they only sleep a couple of hours and seem to wake up energized only to be tired in a short amount of time. The only mods I use is the MC Command and I installed the updated version. I also have the pregnancy mod but it has also been updated. I do hope this gets fixed soon. I'm very impressed with the vampire package with this exception. For reference, this happens on vampires I have uploaded from the community and vampires born into families.
Message 74 of 101 (1,853 Views)
Reply
0

Could you please remove your mods and start a new game for testing purposes to make sure it's not mod related for you ? Don't use the same Sims, use different ones.

This issue is a bit inconclusive.

I need tests on vanilla game cause just because a mod is updated, doesn't mean it's free of bugs, especially bug mods like MCCC

Found a mod on Mod The Sims that fixes vampires having "human" needs for now until an official patch comes out.

(edit: Removed link. Please use google to find the mod. Mod Links are not allowed at AHQ)

I removed all mods and CC's in my game but she is still tired all the time even though her energy bar is almost full. She lays down wherever she can and often passes out. She only sleeps an hour or two and is wide awake but an hour later she is exhausted. She an adult child from a human I created and a vampire I downloaded from the gallery. I created a completely new one and so far she does not have this problem, BUT this problem just started in this morning. I noticed another comment which stated it started happening once they turned someone else and mine did turn someone this last night. Could that be the problem? She is a Grand Master vam8and never had any issues until today.
Message 77 of 101 (1,797 Views)
Reply
0

Turning someone, unfortunately, isn't the trigger.  At least from my experience.  I made my vampire sim in CAS and she's been having "human" needs since I created her.  She just turned her boyfriend into a vampire in my game yesterday and he is also getting regular sim needs.

Hi there! I had this problem as well, it was starting to drive me crazy! I did a little research and found a couple cheat codes that have permanently fixed my issue. My Sim is now functioning as a normal Vampire (no human needs).

1. You will have to enable cheat mode in your game. Press  shift+ctrl+c   (this will cause a pop up text bar to appear in the top left corner of the screen.

2. copy and past the first code into the text bar:   traits.remove_trait trait_OccultVampire   (this will instantly turn your Sim into a human)

3. copy and paste the second code into the text bar:   traits.equip_trait trait_OccultVampire  (this will instantly turn your Sim back into a vampire) you will remain at the rank you were previously at and you will keep all of your Vampiric Power Points.

4. Once your Sim returns to the Vampire state, your needs will be corrected and you will no longer have human moodlets!

Marked your post as workaround for now. Hopefully it helps others