Product: The Sims 4
Platform:PC
Which language are you playing the game in? Português
How often does the bug occur? Every time (100%)
What is your current game version number? 1.46.18.1020
What expansions, game packs, and stuff packs do you have installed? Deluxe Edition, Get to Work, Get Together, City Living, Spa Day, Vampires, Parenthood, Luxury Party Stuff, Vintage Glamour Stuff, Laundry Day Stuff[
Steps: How can we find the bug ourselves? Create any vampire sim, make a garden with more than 2 plants;
What happens when the bug occurs? The sim will only harvest, tend, watter, spray or weed a single plant, or a single time if gardening is high level, and nothing else, also, the game shows a message that everything is done for;
What do you expect to see? The sim harvesting, tending, wattering, spraying or taking out weed for everything, like a human sim does.
Have you installed any customization with the game, e.g. Custom Content or Mods? Not now. I've removed them.
Did this issue appear after a specific patch or change you made to your system? No

I don't have any screenshots because I don't know how to properly show this, but, as far as I can tell every single vampire sim can only perform gardening interactions, regardless of type, once, so you have to manually tell your sim to do that over and over again, but, every human sim will perform every interaction untill there is no interaction left at a given segment of the garden, as an example: say you have 10 dragonfruit plants close together in a patch of land and a another 10 plasma fruit trees close together, but far from the dragonfruit ones, if you tell a *human* sim to "tend garden" at the dragonfruit, he will weed, spray and watter every dragonfruit plant in the given patch, but not both patches, he won't tend the plasma fruits, while a *vampire* sim, when told to "tend garden" will do absolutely nothing, but, you can still tell the vampire sim to watter or spray, and he'll do it, but only to one single plant OR only one time if he's at a high enough gardening level.

I don't mind that the sim won't tend every single plant in the lot when told to tend garden, this is actually very helpful, I can keep separates gardens at my leasure, things that I want to sell separated from things I want to keep and so on, but I think vampires sims should be able to do anything a human sim can, but alas, they just do it only once and are done with it.

Also, yes, I have tested this multiple times, even gone as far as deleting every single save file I had and starting from scratch, this ONLY happens to vampires.

Having same issue on oasis springs with vampire sim. Weed/Harvest/Water all does not work. Sometimes harvest all does work, but it is not consistent.

I also have this problem.  The Vampire I'm currently playing travels as a bat.  I have yet to test this on those that travel by mist, or who are extremely fast, or who walk normally.  Also, I don't play with CC/Mods.  Her house is in Forgotten Hollow , and is in fact the Vatore's House (I moved the Vatores across the street), and she is a Grand Master Vampire

who has complete resistance to sunlight.  She can occasionally harvest all, but usually she does them one at a time.  Her Alien husband has no problems.  They have a daughter that is a Vampire, and has just became a teen, so I will test this on her as soon as she gets to the Gardening level that allows for the Harvest All interaction! 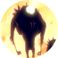 I have this issue on my vampire as well.

It turns out if you're playing as a vampire, harvest all only seems to work at night-time.

Currently, I have a "Human" Sim Tending Garden (very large), and my Vampire Sim is getting a message No Plants Need Tending.  Very frustrating.  Luckily, I was able to hire a Gardener with this attempt, so maybe when it comes time to Harvest, I won't get so angry I rage quit the saved game (again).

Saved game with a human and vampire Sim and large garden.  Have the Vampire try to tend, and then the Human.

I just had an interesting thing occur in my game.

1) I was actually able to hire a Gardener

But 2) My Vampire was able to begin a Harvest All, and was doing quite well.  The Automatic Sprinkler system came on, and half way through the garden, he stopped harvesting.  When I attempted to continue to harvest all, he did one plant, and got the message No Plants need Harvesting.  Even though I had about 5 more plants with things to harvest still.

You might want to pass that up to the EA folks.  Not sure if it's the sprinklers, or if they are part of the issue, but, might be worth looking in to.

Thanks for the info.

I'll make sure they'll see this

@Ulfric_Grimbrand, and @crinrict,  I haven't tried to harvest with Vampires who have sprinklers since all of my Vampires at the moment water by hand.  So the sprinklers aren't the only cause of the problem, but it is good to know that they can trigger it!

Thanks for the info!

@Ulfric_Grimbrand, out of curiosity, do any of your Vampires with this problem travel by bat, ,mist, or super-speed?

Or do they travel normally?  Mine travel by bat (I've yet to test super-speed or mist travel, or even regular travel since I've been too busy playing with Get Famous!

)  Other people have mentioned traveling by bat to be a problem and we were thinking that this problem might be related to these quick ways of travel that Vampires have access to.

I have the movement method, but not set to always travel as.  I'll try re-doing my powers and weaknesses and see if it effects harvesting without any mode of travel even usable.