Since the 18 of June patch my Vampires can not Dark Meditate I've seaching for answears and they and they all say mods, problem for is I dont  have any.

Yep having the same problem, thought I needed an object or something to use it. Also I don't have any mods

I just made a new vampire,spend several hours to get her to my liking and when I got home,I thought to play a bit,get her a home etc.But after I made her home and then tried to meditate,it showed that yellow questionmark and so I send her outside,yes right into the sun to try it out.Then big surprise she got a new option under vampire about emotions.She never learned that and she can't even use it,yes big questionmark again and for dark meditation the same.I went to Forgotten Hollow and tried the same with "Graaf Vladislaus Straud de vierde"(sorry,I don't know his name in English,playing it in Dutch) and even he couldn't use it.When she was drinking from another sim,she didn't turn to her darkside look and when she stayed to long outside in the day,she turned into a woman with a beard and her clothes looked like something terrible had happen to it and her hair went black(she has red hair when she is in her darkside look).In all her other outfits she looks like she has to look.So only in her darkside form casual outfit shechanged that way.And one more thing I noticed,she was wearing a shoe in her summer outfit that doesn't excist,it was a shoe with 2 round things above eachother like a eight instead of a normal heel.I don't use any mods,only using the games,I got them all,except the last one from the Island.Now I am wondering after reading the comments,are they gonna fix it and if so,how long will this take? I don't mind to wait,but not forever,I love playing with my vampires <3

Control Emotions doesn't work, too! The bug name should be corrected. And this bug must be fixed ASAP, the occult gamers just can't play anymore!
Message 85 of 110 (530 Views)
0 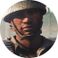 @aidans1985That's good ty for the heads up, wish I didn't have to have bugfix/workaround mods ngl but I mostly play occult sims which are buggy.
I don't have my game entirely vanilla but I prefer to keep the number of mods/cc low.
Edit & update: I've installed the mod and it'll randomly cause my game to lag horribly on and off, unsure why, but it isn't caused by any of the other mods or packs.

After an update the sims 4 is showing problems with the game pack vampires edition. The vampires won't do the dark meditation anymore. They shrug and get a question mark above their head. I hope this problem can be fixed 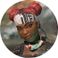 Dark meditation is still not working. I've used no mods or CC, and have been getting a yellow question mark instead of dark meditation since June 18. getting frustrated, is there going to be an update to fix this?

I'm not sure if I should add a new post, but the Influence Emotions Vampire Ability is doing the same thing as the Dark Medition.  I'm getting a yellow ? and a route failure.