OK. Thanks for the info. Do feel free to make a new post if you get it back.

I got the work from home task to "check in at a museum".

Did not get that to work on any of my museum lots.

I struggled to get the 3 sketches task to complete, but eventually 3 that counted.

The trick seems to me that the sim needs the inspired moodlet that  says something about impression and then you will have the option to do impression sketches.

@SweetieWright_84  I'll try that, thank you!  BTW, I quit my stylist job, joined painters, quit that job and went back to stylist and it didn't fix the errors for me.  Boo.

@crinrict I'll go ahead and make a thread for the painting issue, even though it doesn't seem to be as widespread as the "Sketch for 2 hours" task. I'll add a little note with the workaround that I used as well, o.k?

I'm having this issue too. The style influencer is the only job/career my Sim currently has and no matter how many paintings/sketches I create, the "Sketch for 2 Hours" work at home task does not complete. The only mods I use are MC Command Center (newest version for the patch) and No Mosiac. These issues began after the Nov. 13, 2018 patch.
Message 26 of 53 (26,469 Views)
1
Highlighted 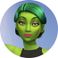 I found out that the check in at a certain venue tasks can be completed by using the specific style influencer career social options. For me the aks to show looks option has always completed the task.

I tried several times to get a regular camera to work, but it doesn't. So, I also used the phone camera, which worked fine. 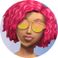 Product: The Sims 4
Platform:Mac
Which language are you playing the game in? English
How often does the bug occur? Every time (100%)
What is your current game version number? 1.47.51.1220
What expansions, game packs, and stuff packs do you have installed? Cats & Dogs, City Living, Get Together, Get to Work, Seasons, Jungle Adventure, Parenthood, Dine Out, Spa Day, Outdoor Retreat, Laundry Day Stuff, Toddler Stuff, Fitness Stuff, Bowling Night Stuff, Vintage Glamour Stuff, Romantic Garden Stuff, Movie Hangout Stuff, Spooky Stuff, Cool Kitchen Stuff, Perfect Patio Stuff, Luxury Part Stuff.
Steps: How can we find the bug ourselves? Don't know.
What happens when the bug occurs? Sim who has been promoted to Trend Setter Level 6 Posh Profiler has the work from home task of checking-in at a gym or park. There doesn't appear to be any option for her to check-in. No option on phone. Also when she is asked to sketch for 2 hours on a sketchpad, when she sketches it doesn't log her doing the task.
What do you expect to see? An option for her to check-in at a venue. And the time she sketches on the sketchpad to be logged in order to finish the task.
Have you installed any customization with the game, e.g. Custom Content or Mods? Not now. I've removed them.
Did this issue appear after a specific patch or change you made to your system? Neutral/Not Sure

Not all work from home tasks are affected.

I have removed mods and also done a game repair but the problem still persists.