Product: The Sims 4
Platform:PC
Which language are you playing the game in? English
How often does the bug occur? Every time (100%)
What is your current game version number? n/a
What expansions, game packs, and stuff packs do you have installed? All EPs, all GPs except vampires, SPs: Cool Kitchen, Kids' Room, Laundry Day, Movie Hangout, Toddler
Steps: How can we find the bug ourselves? Graft one plant to another and wait until harvestables appear. I have waited up to 5 days between grafting and harvesting to allow for longer growth times for some harvestables.
What happens when the bug occurs? Only two harvestables are available on each spliced plant. In all combinations but one that I tried this is the original plant and the grafted plant. For example, when trying to create bonsai buds from strawberries and snapdragon, I can only harvest strawberries and snapdragons from the spliced plant. The bonsai buds never appear. The only exception to this is splicing lemons and pears - I can harvest lemons and plantains, but pears never appear.
What do you expect to see? I expect to see the original two harvestables plus the newly created harvestable. From the example above I would expect to see strawberries, snapdragons, and bonsai buds on my spliced plant.
Have you installed any customization with the game, e.g. Custom Content or Mods? Never used.
Did this issue appear after a specific patch or change you made to your system? Yes
Please describe the patch or change you made. Tbh, I do not know if this was the pre-Seasons patch or Seasons itself, but I had no issues before either of these were installed.

I have repaired my game, replanting everything and re-spliced, and still the harvestables do not appear. My plants are in a greenhouse in planter boxes so in/out season should not affect the harvestables. I have been able to grow pears on their own, just not on the spliced plant.

Rare and uncommon harvestables will now be produced at higher rates when splicing. 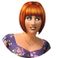 I noticed something similar just today. I spliced snapdragons with roses (in phone notebook states this gives you bonsai) and when I hover over the plant it does not say bonsai just the original flowers. I didn't attempt to harvest it yet so can't confirm the quantity of what is harvested. Hope this is fixed soon as gardening is a big part of Seasons.
Message 2 of 82 (25,017 Views)
5
Highlighted

I have exactly the same problem.

I own all the packs (except the small pets). I do not have either mods or cc in my game. I noticed this right after the garden patch update. I was hoping maybe it would resolve after installing Seasons but still is an issue. The evolving issue is making it impossible to complete the Freelance Botanist Aspiration.

Level 2:
Achieve Level 4 Gardening Skill
Evolve 5 different plants
Level 3:
Achieve Level 6 Gardening Skill
Graft onto 3 plants
Fertilize 5 plants
This has always seemed backwards to me. I have always thought the fertilizing goal should be level two of the aspiration with evolving under level three. As it stands (and as previous stated) my gardeners reach level ten way before even completing the second stage of this aspiration. And with grafting on the fritz growing a cowplant is out of the question unless you happen to catch one while fishing.

EQ Avid Sims Player
I do not work for EA but I do volunteer at AnswersHQ to help others with their game issues.
EAGameChanger - The Sims 4 Gallery Creator
Gallery Tag: #EQCreations
Message 4 of 82 (24,984 Views)
8
Highlighted

I've let the spliced plants sit out for a few harvesting rounds, just in case, but the amount of produce in them does not increase. I also tried that combination with both a strawberry as a base plant and a snapdragon as a base plant, just to make sure that the order doesn't matter.

My -guess- is that they've limited the amount of produce a plant can produce now, and the faster growing produce out of the spliced varieties fill out those slots before the slower ones manage to.

Splicing itself works as usual, can take a cutting and graft it just like it used to be. However, I've noticed that the plants are now just 'Spliced Plant' and they don't state which plants have been used in the splicing, nor what it produces. The only way you can see it is when there's produce in the plant and you hover over 'harvest' option, then it lists what it will yield when harvested.

Re: [TO TEST] Spliced plants don't show plant name they're coming from

I'm now into autumn and no dragonfruits or pomegranates.

My game is exactly the same, no third harvestable appears after splicing, have tried with a number of different plant species.

I have a completely vanilla game and this has only started happening after the latest patch.

Starting in fall my gardener has been working non-stop thru more than three Sim years. He was finalle able to evolve the required five plants. BUT **nothing** has evolved past nice. As a matter of fact the strawberries and snapdragons are still only on normal level. He has reached level nine of the gardener career. BUT cannot complete the Freelance Botanist aspiration because no plants are evolving to excellent.

And forget about grafting to get new plants it just does not happen. I love this game but this just makes me sad.

EQ Avid Sims Player
I do not work for EA but I do volunteer at AnswersHQ to help others with their game issues.
EAGameChanger - The Sims 4 Gallery Creator
Gallery Tag: #EQCreations
Message 8 of 82 (24,836 Views)
4
Highlighted

There is a lovely cheat for evolving plants. With testingcheats on, right click the plant, choose the Set gardening State, choose Plant Evolution, and then choose ready to evolve. Voila!

I'm wondering if the splices don't work because it's the wrong season for the produce that isn't showing up. My sage/basil splice worked and produces parsley, but my other splices just give the original plant's fruit. I'm still in Spring of my first year so it's just a thought.
Message 10 of 82 (24,765 Views)
2
New topic