Re: Sims Leaving Work/School When I Travel

Thanks for the report.

So I just had this issue occur unfortunately. It used to happen on my old laptop with traveling and I hoped my new computer would no longer have this problem. So fast forward to today and it was Prank Day. One sim went to work. Aged baby up and sent to CAS to edit outfits and hair. Sim at work comes home after exiting. Seems connected to Holidays which is a bummer because I have a lot of Holidays coming up in game where sims still have work. I am so disappointed to have this issue again, just different. I was so upset I exited my game. Please tell me this is being worked on? This issue is old, but reappearing with holidays now. I just hope it gets fixed. I do not want to be unable to travel on Holidays where sims still work. It really makes playing hard. 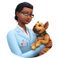 Product: The Sims 4
Platform:PC
Which language are you playing the game in? English
How often does the bug occur? Every time (100%)
What is your current game version number? 1.45.62.1020
What expansions, game packs, and stuff packs do you have installed? All of them.
Steps: How can we find the bug ourselves? Have two or more sims in an active career. When both have work on the same day, use "Go to Work/Send Alone" on the sim who starts earlier in the day. Choose "Join" for the sim who starts later.
What happens when the bug occurs? When you join the second sim at the work lot, the first sim will leave work early and return home, no matter how long they have left on their work shift.
What do you expect to see? I expect to see sims completing their full work day, as expected.
Have you installed any customization with the game, e.g. Custom Content or Mods? Never used.
Did this issue appear after a specific patch or change you made to your system? Neutral/Not Sure

This problem started for me when I began playing my existing Legacy save after the most recent patch. I had not played it since before Seasons came out because I wanted to wait for the first few rounds of bug fixes.

I'm not sure whether this is related to the other problems with sims leaving work early, because it only happens to the sims in active careers. My sim in the chef career never has the problem. However, it happens to all three of my active career sims. If I send one off to work alone, as soon as I join the second at work, the first one resets back home again, often earning a pitiful amount of money for only an hour of work.

I do also have the problems with sims leaving work because of a club gathering or travel during a holiday, but as I said - I don't know whether it's the same root issue.

I really hope the problem can be resolved soon!

Re: [TO ADD/TO MERGE] Leaving work early when two sims are in active careers

I think we had other reports of active careers in the general one. I might merge.

I'm having this exact problem too. The sims also leave work/school after I enter the game, if I have exited the game in the middle of a work day. I have all of the expansions.
Message 45 of 99 (996 Views)
0
Highlighted

Re: Leaving work early when two sims are in active careers

I have merged. Thanks for your detailed report though. It's not always easy to make a call when threads are better of separate :D 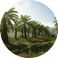 When the household visit a community lot, 2 sims with the same career went to work at the same time.

One of my sims is a scientist - when he goes to work and I join him - his kids leave school.

I was just experiencing this. I loaded the game and one of the sims returned home early from work, but the others stayed. Later though, I had them travel to a bar and the remaining sims at work came home then.

I've actually given up on playing again for now. There's no point in all the holidays when it means I'm tied to the house and can't do anything if someone has work or school. Really annoying they've let this bug go on for so long.