there's currently an issue with this that's not mod related.

Re: [TO TEST] Sims Return from School/Work Early

I'm having the same issue. I sent one of my Sims to work and then went to travel to the bluffs with my other Sim (and the cat) and I got the message my first Sim came home from work. I exited without saving and then reloaded and tried traveling to another lot, same thing happened.
I haven't had this happen before the June 26 patch. Even after I installed Seasons I could have one of my Sims at work and another one traveling without problems. 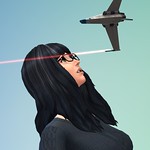 There's a Forum thread on this here: http://forums.thesims.com/en_US/discussion/943181/sim-leaves-work-early-when-other-sim-travels-to-di...

I tried something: I deleted my localthumbcache.package (always a good idea in case of bugs/glitches) and I restarted my game. Then I noticed that there was a holiday on-going, it was one of the pop-up holidays, not sure if that's relevant. Then I cancelled it and tried traveling again, and guess what, my Sim stayed at work! For me it explains why it never happened before in my game, because my Sims stayed at home during the holidays I've encountered so far.

I'd be interested to see if this works for anyone else. If it only happens when holidays are active, that seems to be the case for me.

EDIT: I should have read the rest of the posts... Seems as if others have found this too.

To note as well, my issue's been a problem since before Seasons, and has nothing to do with Holidays.  My working Sim likes to come home early from work whenever my stay-at-homer goes to another lot.  It also happens whenever I exit the game and reload my save if my working Sim was already at work prior to me exiting the game.  Basically; whenever a loading screen occurs, my working Sim's sure to think it's quittin' time.

Re: [TO ADD] [S] Sims return from Work/School early DURING HOLIDAYS

I have experienced this occasionally as well.

Product: The Sims 4
Platform:PC
Which language are you playing the game in? English
How often does the bug occur? Often (50% - 99%)
What expansions, game packs, and stuff packs do you have installed? Seasons, City Living, Get to Work
Steps: How can we find the bug ourselves? Go into a household, have a sim go to work/school, engage in any interaction that elicits loading screen within gameplay (travel/plan outfit). When the game loads back into gameplay (outside of CAS), all sims have returned from work/school and only reap the benefits of working/being at school for the short duration.
What happens when the bug occurs? Any sims that were either at work or school return before their work shift/school day is complete with no notice of sim having left work or school early. However, the sims do not collect the benefits of a full work/school day. They are only paid for the amount of time they were present at work (prorated at the hourly rate). Performance bar only increases during the time that sims have been at work/school. Sometimes, my sims come back in less than an hour if another sim travels.
What do you expect to see? Sims to remain at their designated roles (work or school) for the entirety of the designated time, unless I, as a player, purposefully control to have sims leave their duties early.
Have you installed any customization with the game, e.g. Custom Content or Mods? Never used.
Did this issue appear after a specific patch or change you made to your system? Neutral/Not Sure

As described above, my sims who go to work and/or school return from their designated duties if another sim within the same household engage in an interaction that requires the loading screen (such as travelling or CAS). I can't exactly recall the timeline, but this issue started to occur after I had purchased Seasons; whether it was immediately following the expansion or a specific patch.

This is a known Seasons bug that happens during holidays.

was there a holiday going on or you or not ?