I have this too it is extremely annoying. Half the sim interactions seem to be fake bad news. Interestingly, I have all the voting and eco options disabled but the voting keeps happening anyway but the enacted plans never show up. So if this is linked to roughhousing them maybe that plan was voted in but I can’t repeal it as there is no way to repeal it.

either way trying to keep friendships up in the household is very difficult.

this is on PC with all packs.

It is incredibly frustrating, as I also have the same problem.  My sims have ruined their friendships (with their housemates) and even with autonomy off they are doing the Give Fake Bad News interaction.  I have MC Command Center with mischief turned off as well and none of it is working.  I find it incredibly ridiculous that this hasn't been fixed since June, since its such a game ruining bug.  Really considering not playing anymore at least for now if this continues, considering literally the only interaction they do with each other is that.

Also of note is that my like some people said before, it's like the sims are corrupted.  My sims were totally fine a few days ago and didn't ever do these interactions and now it's the only one they do.  I wonder if it spreads from sim to sim depending on whether or not an NPC has used it on them? It's like an infection.  Nothing seems to fix the issue

@UncomfyCozy Google search for "simvasion eco lifestyle mod". I assume you're OK with using mods until an official patch update comes out, as you already have MCCC.
Message 94 of 101 (389 Views)
Reply
0

im pretty sure this a NAP glitch. i think it comes from the fun loving one. because i had that, foodies united, and mind body one and one of my sims bakes cakes, does push ups, and gives fake bad news to everyone she talks to all the time.

Did some testing on borked saves that I had and I think this is fixed.

I'm going to mark this as such but feedback is welcome

Be aware that this is intended behavior if you have fun loving community active in the current neighborhood. 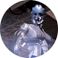 Product: The Sims 4
Platform:PC
Which language are you playing the game in? English
How often does the bug occur? Often (50% - 99%)
What is your current game version number? 1.66.139.1020
What expansions, game packs, and stuff packs do you have installed? All of them
Steps: How can we find the bug ourselves? Honestly i dont know.
What happens when the bug occurs? Sim keeps giving bad news to other sims & ruining their relationship.
What do you expect to see? A fix lol?
Have you installed any customization with the game, e.g. Custom Content or Mods? Yes
Did this issue appear after a specific patch or change you made to your system? Neutral/Not Sure

Sim keeps giving bad news to random sims that is close to him, Keeps ruining his relationship with them. He has no evil traits so he should not be doing these kind of interactions without me telling him.

I got mods installed but its only MCCC & a couple of clothing & hair mods. I have removed MCCC & started a new save & it keeps happening. Have also disabled all the eco & nap stuff and it continues to happen...

This sounds like the effects of one of the NAPs so you should check which ones are active in the sim's home zone.  There is one that encourages mischief (I forget the name) and giving bad news is a mischief social so the changes are that NAP is active and causing it to happen.

You can also check the sim with the SimsInfo mod to see which hidden traits the troublemaker has.  It will be CivicPolicy_something and that can give you a clue to what NAPs the sim is being influenced by.

To get it to stop, you will have to repeal the NAP.  If you didn't shut off the EL NAP options immediately, then you probably have a few still active.  Repealing them should remove the hidden traits too but it has to be done a the sim's home lot.

@HordSS Even if you turn off NAPs there could still be active ones from before you turned it off.

This one is due to the fun loving community. Could you make sure it's not active in the neighborhood you see it in ?

Hi, Currently i only have Juiced Communtiy, Power Conservation, Support the Performing Arts! & Water conservation active on the NAP. Although this is for the family that this sim keeps doing this stuff. Do i have to go trough every household in this location & check? 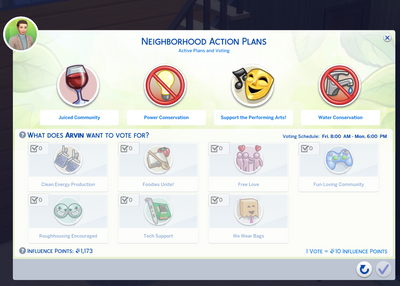