Product: The Sims 4
Platform:PC
Which language are you playing the game in? English
How often does the bug occur? Every time (100%)
What is your current game version number? n/a
What expansions, game packs, and stuff packs do you have installed? All content released to date
Steps: How can we find the bug ourselves? Have sim in CL Arts Critic career and 2 other sims in household in other careers. One is painter and one in business. Have CL career sim work from home. Send off lot to complete daily tasks and not return to home lot until after the other 2 have returned from work. Both times I've done this, the sim in the business career is home but icon is still grey with inventory inaccessible.
What happens when the bug occurs? Sim in business career is not recognized as being home from work.
What do you expect to see? Sim recognized as being home from work
Have you installed any customization with the game, e.g. Custom Content or Mods? Never used.
Did this issue appear after a specific patch or change you made to your system? Neutral/Not Sure

Did not take pics.  Both times I have had sim in CL career work from home as shown in steps, the result has been the same.  The sim in the business career is not recognized as being at home.  The first time it happened I exited without saving and hoped it was a one time glitch.  The second time it happened I saved after taking the whole household to the SM art museum, saved then exited game and did a reload.  That cleared the issue.

Clicking leave work early for the sim in the business career does not work.  A pop-up appears with the name blank but continuing by clicking that I want the sim to leave early doesn't work.  I think this may be because the CL career day doesn't usually end until the next morning and the game doesn't know which sim should leave work early.

I also got a lastException file.  Since the archived thread said to include a game save here is the link: Edited to Remove Link. Reuploaded through One Drive.

Most likely will have to roll back a version since problem cleared with reload.  The .rar contains the .save and all versions, as well as the lastException file.

Edited to Add:  Just occurred to me that my last save point was after changing households.  The affected household is Phillips in Oasis Springs.

Re: Sim get stucked “At Work” or “At Daycare”

Fixed an issue where the UI would occasionally indicate that a Sim was at work, when they were actually at home, which would block access to the Sim’s inventory.

I hope this is fixed for good now .. although it might not be.

I'm going to lock this thread cause it's best to have a fresh me too count if it still occurs.

Please open a new thread if you still have this issue.

Be aware that you need to fix already affected Sims manually by leaving work early or traveling.

Re: [TO ADD] Sim Home from Work but icon still grey

Thank you for your issue and saves.

Would you mind re-uploading your save files following this instructions?

Due to security reasons, that is the only channel we can use to get saves from you. Sorry for the inconvenience.

Re: [TO ADD] Sim Home from Work but icon still grey

Have pm'd you the One Drive Link.  Sorry, I thought crinrict wanted the save first to evaluate whether or not it needed to go to you all.

Hi! I've got the same problem but i'm not common with this whole file stuff. What do i have to do to make my Sim normal again? Please explain as in for someone who has no experience with deleting/clearing/saving files and using Google Drive ...
Message 5 of 73 (6,837 Views)
0 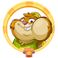 I had this issue as well. Mine was the Withers family in Oasis springs. A single mom (human) with twins, a girl (human) and a boy (vampire) with two cats and a dog. Played them from toddlers to children in a cheap custom build house on the pebbles lot. Once the kids aged up, I had the mom buy a vet clinic in Newcrest on the cookout lot and work there during the day when the child sims went to school. The daughter got stuck first. Greyed out showing still at school even though she was home. It fixed itself the next sim day when it was time for school again. The game suddenly said she'd returned homel and the next school day was in 24 hours and she was showing as home the whole day. Next she went to school and returned as normal. The son glitched basically the following sim day and never fixed. I went through several workaround suggestions on the Sims forum by @dolldrms1 and rosemow but none of it worked. Telling him to leave school early gave the message about performance and so forth but his name was just a blank ___ and it didn't "return" him. Reset sim couldn't find the sim to reset. Traveling with the family to another lot and back didn't fix it. Leaving him behind and telling him to come home did nothing, I had to travel back to the park to get him. Resetting the Sims4 folder sold my vet clinic and reset all my packages and the game but my glitched sim never returned to normal. Repaired the game through Origin, nothing. I had a one sim day fix by evicting the family and then moving them back in. Repurchased my sold vet clinic and basically the next sim day he was back to being greyed out stuck at school even though he stopped actually going because the game said he never left. I have had a science career sim and a bakery sim and never had this issue before until I bought the clinic and had the mom working there during the school day and the kids would return before I had her close the clinic. Sold the clinic and had mom join a "normal" career and tried the provided workarounds again to no avail. Got so frustrated with not being able to do half my interactions with the kid because the game thought he was still at school that I ended up deleting the family and starting over. Disappointing really. Thank you again for all the help you gave @dolldrms1! Hope this post is a little clearer than the others, ha ha...

Do you still have a backup of that bugged family ? That would actually be a good thing to send to QA as asked above.

@Somber_Cry, You did a great job with your post!  Thank you for taking the time to make the report.  I'm not sure, though, if you mean you just deleted that one family from the game, or if you deleted the whole game.  If just the family, you can zip up the .save file along with the .ver 0-4 for QA and perhaps they can still get a good look at what your were experiencing. Since you are new to The Sims Forums, I'm not sure if you are familiar with finding the slot number for the affected game.  Crinrict gives an example of how to do this here:
https://answers.ea.com/t5/Bug-Reports/INFORMATION-How-does-this-forum-work/td-p/3445107  Scroll down to post #5 for the instructions.

@crinrict  and @SimGuruIcarus  , here is the link to the discussion on the bug and gameplay issues forum, in case you want to read it:
http://forums.thesims.com/en_US/discussion/903552/sims-getting-stuck-at-work-school-new-patch-update...
There may be an additional issue to look at since it's indicated that when the saves folder was put back into game after resetting the folders that the Vet Clinic had sold itself without the player initiating it.  That doesn't sound right to me, anyway.

We have been able to reproduce the issue and we are currently investigating.

Thank you all for your feedback!