Re: [NEEDS SAVES] [S] Sims mopping outside during rainstorms

@Ulfric_Grimbrand It's all sims and they mop outside during rainstorms and when the sprinklers go off. I have all packs and up to date with current build. Just played both sims in household were mopping in a thunderstorm when they were scared?!? crazy man.
Message 31 of 37 (601 Views)
2

Sims autonomously going out during storm 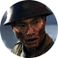 Product: The Sims 4
Platform:Mac
Which language are you playing the game in? English
How often does the bug occur? Often (50% - 99%)
What is your current game version number? 1.66.139.1220
What expansions, game packs, and stuff packs do you have installed? Every current expansion, Outdoor Retreat, Tiny Living, Laundry, Perfect Patio.
Steps: How can we find the bug ourselves? Bug occurs anytime there is rain or thunderstorms.
What happens when the bug occurs? All sims in my household (both with and without neat traits) attempt to mop up puddles outside during rainstorms, getting themselves uncomfortably wet and susceptible to getting struck by lightning.
What do you expect to see? Sims shouldn't go outdoors autonomously during rainstorms.
Have you installed any customization with the game, e.g. Custom Content or Mods? Never used.
Did this issue appear after a specific patch or change you made to your system? Neutral/Not Sure

Sims shouldn't try to clean up outdoor puddles, or should at least stay indoors during rainstorms unless told to go out. It makes no sense for them to be afraid of thunder yet go outside to mop or do anything else outdoors autonomously.

Re: Sims autonomously going out during storm

This is still an issue. The vet I hired at my clinic is currently mopping up every puddle of melted snow on the first day of spring while I have patients in the waiting room. Just... staaaahp!

this is also an issue on ps4 with our regular sims. my household members keep trying to mop up rain.

This happens in my game, too. All sims try to mop up rain puddles outside, regardless of what traits they have, just like they would mop up a puddle inside the house.

Sims seem to be rather confused about what's inside and what's outside in general...opening umbrellas indoors if it's raining outside, dropping everything from their queue to "run inside" during bad weather when they're already inside to begin with, mopping up rain puddles in the yard, etc., etc.

As for the yard mopping madness, I had to resort to installing a mod that lets me change the weather. Rain has to be disabled in my game to stop the mopping, which is a real bummer, considering I (like many other players) paid for the Seasons expansion to have different types of weather. :/

I've encountered the indoor vs. outdoor confusion in build mode, too, where I inexplicably can't place an indoor object inside the house and get an error message saying that it "must be placed indoors" even though I'm trying to put it right smack in the middle of a house that has a floor, is completely enclosed by walls, and is completely covered by a roof.

My theory about what might be causing this issue?

I honestly wonder if diagonal walls might have something to do with it. I often get error messages when trying to place wall decorations or shelves on a diagonal wall saying that the object "must be placed on a wall."

If diagonal walls aren't recognized as walls, maybe that's part of why sims don't see a difference between puddles that are inside and puddles that are outside. Could also explain why sims who are already indoors feel the need to run inside when the weather is bad (unless they're running outside in the middle of a storm to mop the yard, of course) and may also explain the indoor umbrella use.

If diagonal walls aren't actually walls (as the game seems to think they aren't) then perhaps the difference between an indoor and outdoor area isn't being recognized on lots with builds that include diagonal walls? Just a thought...

Bottom line, something somewhere in the code that distinguishes indoors from outdoors isn't working correctly, and it's affecting sims' behaviors in ways that can be very disruptive to gameplay.

Definitely a bug that needs to be fixed.

Ive had this problem for years. They mop on GRASS too.  Yes there is that notice that says only neat sims would do this but autonomously everyone does it. Regardless of mods or not.

Ever heard that saying “it is as useless as plowing the sea?” What? Is that a Venezuelan saying only? Well, those Maids that were mopping puddles while in a thunderstorm? That’s a thing in the past… the immediate past… yes.