Just letting you know that team has been aware of this issue and is investigating it.  I've heard it's not a simple solution and will take some time.

Sorry for the inconvenience.

@SimQARoboThank you so much for giving us an update. It means the world, you have no idea. There is a mod that seems to work as a temporary solution. It's mentioned above in the comments if you search for it, it does indeed work and maybe something to pass along until you guys can figure it out.

Again thank you for seeing this and letting me and everyone else know that you're working on it.

Ah! Thank you so much for your response! It's good to know that at least they've not been forgotten about.

I am so looking forward to trying out spellcasters. I've loved the aliens/vamps/mermaids, I'm not as into witchy stuff but will probably end up enjoying them too...

If only I used mods! This would have been perfect.

Just created a new Spellcaster yesterday 10 December 2019 and sadly must add a "me too" as the ROM eyes are not working.
Reference: 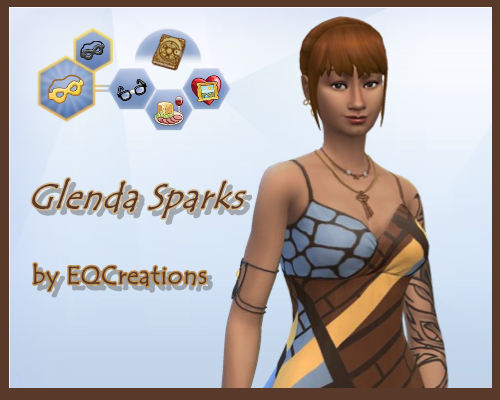 - EQ Avid Sims Player
#EQCreations
I do not work for EA
All packs installed and patches are current.
PC / Win 10
Never used CC or mods.

Can anyone explain to me, if there are actual NEW eyes for MAGES (which do not work), or you just talk here about a possibility to choose aliens, vampires and mermaids eyes for them?

The spell caster occult do not appear to have their own unique set of eyes, but have unlocked all the eyes from the previous occults. Alien, Mermaid, Vampire.

Now I'm not sure if that was the intended thing, or if they are indeed supposed to have their own set of eyes, just reporting what I see on my default no mods version of the game.

If choosing an occult (Vampire, Alien or Mermaid) eye it will not actually appear. Say for example you want the black eyes of the vampire or alien. You choose that and the sim will not show that eye, but instead a random default human eye color. For sake of the example, it turns up a blue eye. If you were to pick another eye and then go back to the black vampire/alien eye. You wouldn't get blue again, you'd get another random human eye color. If you look at my very first post in here, there are examples showing that you can pick the black eye swatch, but it's not the eye swatch reflected on the sim.

This is similar to an issue that happened around this time last year when the child eye brows were supposed to be fixed and it broke hair in a similar fashion.

Fixed an issue where Occult eyes would not properly apply to Spellcasters.

@crinrictSo the intention of the team was to make only vampire eyes available to spell casters? Now they work, but I don't see the other occult eyes anymore. If this is working as intended I'm cool with accepting this as a solution.

@Sparkiekong I see a lot of them. Can't say which ones are from where.

Can you post a screenshot what is available to you (and what's not) ?