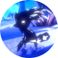 I am also having this problem with a teen sim.  I have tried resetting him, moving him on and off the lot, switching control to another sim on another lot, and restarting the game.  None of these things fix the problem.  He sometimes cues up several "wash dishes" actions at once and sort of twitches in front of the sink.  There are no dirty dishes at all on the lot (it's a community pool).  He does have somewhat high "manners" but is not all the way to the sector where he would receive a "good manners" trait at aging up.  Happens frequently enough to make it very difficult to play with him at all.

I've tried this and it doesn't work for me. as of right now I have all sinks deleted, even though that drives me nuts as much as the spam wash dishes.

Just adding another "me too" to get it back on the first page so they might get it fixed in the next 2 months instead of the 8 or so that it usually takes. It makes the game nearly unplayable since sims cancel queued actions to go off and do this nonsense.

I have a similar problem. My sims keep washing their hands. (so not the dishes, but their actual hands) It's as if they have aquired germaphobia as one moment they watch tv or play a game, or even kiss, and the next they go wash their hands. This action affects both sims in my household and happens simultaniously to the both of them.

The wash dishes bug is most annoying when you play the doctor career - while examining a patient, your Sim will run to a sink after every action.

I have the same problem as you!

With a bonus that my Sims stops EVERTHYING just to play in the doll's house. I had to delete it because was impossible to play with that issue!

I usually play Vampires and even if they had all max manners etc I never ran into this issue until I played non-vampire Sims. I have one mortal Sim who had max manners etc and he never had this glitch until he had/moved in his daughter. Once she hit YA and had max manners etc, she was the first to start this obsessive sink behavior. She just stands there by the sink twitching with actions being selected and canceled (usually before I can even hover over them) on their own constantly until I force her to do something else. Since becoming an Elder, now the male Sim does it much worse than she does. He will stand in a different room and twitch with actions popping up and being canceled even faster than his daughter. I can't even get him to stop by sending him to do something else. He'll start to walk to do what I said and cancel the action and go back to obsessing over the sink again.

Having a house without sinks just to be able to play the game sounds ridiculous so I guess I'll have to start modding the game to finally play in peace. -.-

Re: Sim keeps trying to do dishes 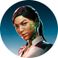 Are they ever going to fix this bug? We've had various patch notes and not one of them addressed this issue.
Message 57 of 74 (778 Views)
Reply
1
Highlighted

Thread started in June, still ocd washing of non existent dishes going on. Sims waking up before completely rested to do dishes that aren't there. Is there any status on this? Updates?