[FIXED] [OR] Too many fires on campfires/routing issues to extinguish

I have the same Issue, some random sim put the cake in front of campfire and it caught fire, I could not do a thing (including putting the fire down), and my neighbor died. 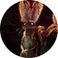 Yup, I'm having the exact same problem here that's pretty much just like the rest of everyone here. And once again, I had already wasted my money on the pack so I'm stuck with this problem until they fix it. I can't play my homeless sims with a campfire pit because idiot Sally sim starts fires on her lot literally every time she tries to roast a hotdog in my game and can never fix the problem thanks to the routing issue in this stupid bug. -.- 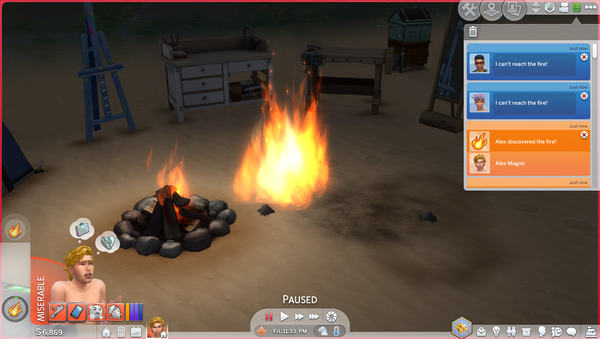 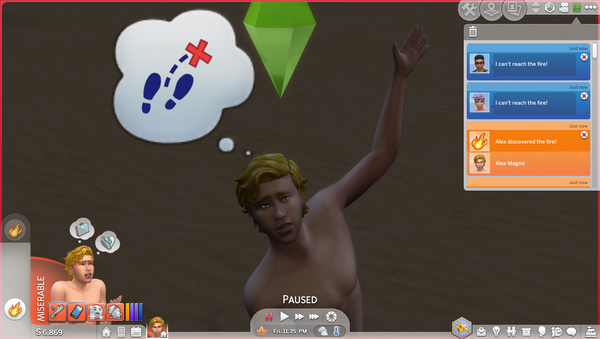 Product: The Sims 4
Platform:PC
Which language are you playing the game in? English
How often does the bug occur? Every time (100%)
What is your current game version number? 1.63.134.1020
What expansions, game packs, and stuff packs do you have installed? Everything except Discover University, Tiny Living, and Laundry Day
Steps: How can we find the bug ourselves? Set a fire with a fire pit and call the fire department.
What happens when the bug occurs? Firefighters do not put out fires started with Outdoor Retreat fire pit. They arrive, dance, and leave.
What do you expect to see? Firefighters should put fires on the lot when they are called.
Have you installed any customization with the game, e.g. Custom Content or Mods? Never used.
Did this issue appear after a specific patch or change you made to your system? Yes
Please describe the patch or change you made. This occurred after the June 3 patch.

My sims started a fire with the fire pit in OR. Outdoors, on vacation lot in Granite Falls. Called the fire department. Two firefighters arrived, performed a suggestive dance, then left when my sims tried to talk to them. They did not go near the fire. I set another fire intentionally with the same fire pit and got the same result, same two firefighters. The dance was hilarious but I really would prefer if they would put out the fire before putting on a show.

Is it only the fire pit you're having issues with and were your own Sims able to put the fire out `?

@canelacaliente Same here. I did end up getting the firemen to be able to put it out by moving the campfire so the firepit was under the actual fire. The next time it happened it didn't work so I just moved my flammables away and waited for it to go out on its own.
Message 47 of 61 (579 Views)
0

It didn't actually look like they tried, they started dancing as soon as they arrived, so it didn't look like a routing failure. It happened twice with the fire pit. I have not had a stove fire in my game to compare. My sims did not attempt to put out the fire. The second time they did route fail multiple times when I tried to command them to call the fire department, but I did not have that problem with the first fire.

Going by the info on the other thread I believe this is the same issue. It's likely they route failed before they were visible, and since they can't reach the fire they leave.

@Daephene1 At this point, I don't think this can be counted as bug

Does the same happen again a second time ? Sounds just like a random fun interaction to me.