@PegasymsI'm not so sure about that. Oh, it's a bug, but I'd take what that user in #11 said with a grain of salt. They posted the exact problem, as well as fixed code, but refuses to put up a mod to fix it? Noone else has either? Not even the biggest names in modding have come up with a fix yet. I'm a modder but not a script modder, which is what it would require.

It's beyond me or I'd have posted a fix ages ago.

Looks like someone posted a fix for it. (finally!) I tried it and it works just fine. Whomever that was, good job! 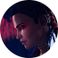 i try to be optimistic this is a small code change wich will be part of the next very big bugfix update. cant be so difficult

Same issue here, not matter the lot and the size of the house, the lot tax is at 300... which has been great for my broke sims but not so much for the gameplay i'm afraid... Is there a fix planned for that?

Thanks for this mod

@Grenouille-San amazing and sad the same time talanted programmer fix this and the developer need months. a hotfix with simple and basic code changes cant need so much time..
Message 86 of 114 (386 Views)
0
Highlighted

@EmeraldLaura The problem is that the devs are too few compared to how much work they have to do. TS4 get two expansions, two game packs and four stuff packs per year, plus that they give us free updates such as the ladders and this new billing system, and last year they gave us the stair configuration tool. Making all these stuffs plus fixing bugs take time! They would need at the very least(!) a year without any new packs to fix all bugs, but EA is a company after all, the devs can’t work for free. It’s sad indeed, but there are reasons for it being this way. I wish they could have a year of only fixing bugs, but a lot of players would get angry if they didn’t get new content for a whole year.
Message 87 of 114 (376 Views)
1
Highlighted

@Katrus91i disagree, EL brought massive errors, bugs and bad game design. two options: testing before releasing or fix the mess very soon. anyways EL is special in this because there never have been so many gamebreaking issues. usually you communicate bugs you see and then wait in patience. but this time its very different. so a priority change to focus this first and THEN continue with the Stuff pack would be recommended.

By the way, its not about All ingame Bugs and they will probably never be fixed, but as we all know there are issues that need care soon because they are elemental gameplay features

@EmeraldLaura Different teams are working on the different packs, so it's not the same devs and testers for EL and for Nifty Knitting. The testers are always last in line, and if something is taking more time than planned everything is pushed forward in time except for the release date, so often the testers get very little time compared to the rest of the team. Also, this time it's different because of Covid-19, the devs are working from home, so they can't work the same way as they're used to. If they just postponed the developing they wouldn't have so many bugs, but the devs and testers can't do whatever they want with the schedule. Believe me, I have two family members working with programming, both say that they don't envy the testers at all, because the testers get way too little time to fix bugs, they are extremely under-prioritised for some unfathomable reason. The problem isn't that the testers don't do their job, I'm pretty certain that they do, the problem is that EA wants to keep releasing so many packs so that there aren't time enough to fix bugs before new bugs are introduced. It's not the devs and testers fault, don't blame them on this, blame the company for not prioritising fixing bugs over giving out new content.
Message 89 of 114 (325 Views)
1
Highlighted

@Katrus91 this is what i said lol. i never said its the testers fault and i am sure i wrote something about priority change... so whats your problem now. and you say it yourself: they work in separate teams. so they can easily pick out the worst issues, fix them and release hotfixes one by one. and so gamer would see something is happening and they are working and everything would be fine.
Message 90 of 114 (321 Views)
0
New topic