Oaky I had hoped the issue would be solved after this new update but my plants are still disappearing after I tend the garden. It says they are there but only a seedling mound is visible. Anyone else having this issue? No, I don't have seasons.

This is a problem for me too

I do not have seasons. Currently I am seeing problems with Catnip, Sage, Taro, Carrot, Mandrake, and Daisy plants, but for all I know it is just random. There's too many to list, it must not depend on plant type, I am watching it happen to every single plant she weeds at this point. The reverting back to pile of dirt is triggered by weeding, for me. I think OP might be on to something when they say it is due to having a lot of plants. This was a problem before the recent patches too of course. I'm so tired of gardening being so unreliable.

@rebelsmileygirl Did you newly plant those or are those pre-patch ?

I only started playing in November. The patch I think you are referring to,  with plants doing this, was sometime in June or July from the posts I've read so post patch. If you are referring to the November patch they are prepatch.I  have4  mosquito trap plants 4 wolfsbane and 5 plasma trees. I'm playing with a full vampire family so they go through the plants fast. Plus I use it for income. I don't how to do a game repair. If someone will walk me through it I'll give that try. They all worked fine until the 1st November patch and the one yesterday didn't fix it. ...NVM on the repair. I figured it out.

@crinrict so now I have run the game repair. That didn't help. I'm wondering if this has to do with outdoor living as it does add herbalism?
Message 15 of 162 (1,440 Views)
0 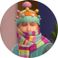 Same thing is currently happening to me with every plant I have put down. I put a plant inside wondering if it being sheltered would fix this issue but it is still broken. I am on a brand new save. I started a save when the new expansion came out for Snowy Escape and my plants were just fine on the lot 6-4-1 Hanamigawa in the Senbamachi district. I made a new save with that same world to start a legacy challenge. I played a few days on the same lot and the plants worked fine and then started a new household and moved my legacy character into Brindleton Bay on the lot 6309 Bedlington Drive which is the big 64x64 lot. Now my plants keep resetting their growth.

Plants are reverting to a pile of dirt

Product: The Sims 4
Platform:PC
Which language are you playing the game in? English
How often does the bug occur? Often (50% - 99%)
What is your current game version number? 1.68.156.1020
What expansions, game packs, and stuff packs do you have installed? I have everything except Snowy Escape
Steps: How can we find the bug ourselves? Just plant some seeds and after a few watering, they will revert.
What happens when the bug occurs? They will grow and I can harvest them but after a while they just turn into a pile of dirt. It doesn’t seem to matter whether they are outdoors or sheltered.
What do you expect to see? Plants should stay fully bloomed if they are in season or sheltered.
Have you installed any customization with the game, e.g. Custom Content or Mods? Not now. I've removed them.
Did this issue appear after a specific patch or change you made to your system? Yes
Please describe the patch or change you made. After the June patch for the eco pack.

All of my plants keep turning into a pile of dirt. They won’t do it all at once. Some will stay as they should but only to change into dirt piles a few sim days later. so far this has happened to all of my money trees, strawberry bush, cherry trees, lemon trees, valerian plant, garlic plant, carrot plant, mandrake plant, daisy bush, rose bush, napnip, tomato bush, sage bush, madnip, chrysanthemum flower, basil bush, green bean plant, and bell pepper bush.

someone mentioned that it happens when you have at least 16 plants but it was happening to my plants when I only had about 6 and continued to happen with a larger garden.

Re: Plants are reverting to a pile of dirt

This is everyone's problem! It was high time to do something about it. It seems to me that the plants are glitchy due to the seasons. There are also problems with flowering. Why not forbid all plants to bear fruit in winter, for this there is a greenhouse?

@rebelsmileygirl One of my indoor plants did this. It was a plasma tree also, since i play vampires. It basically disappeared for no apparent reasons and all that was left in the pot was a seed. I also seen this on my new family save with a plant i had put outside (catnip). I do have seasons installed.
Message 20 of 162 (1,313 Views)
1
New topic