Could anyone possibly share a video or save file? We've been unable to reproduce this. Thanks for the help! https://answers.ea.com/t5/Bug-Reports/INFORMATION-How-to-Send-User-Files-to-The-Sims-4-Team/m-p/6065...

Video not but pictures 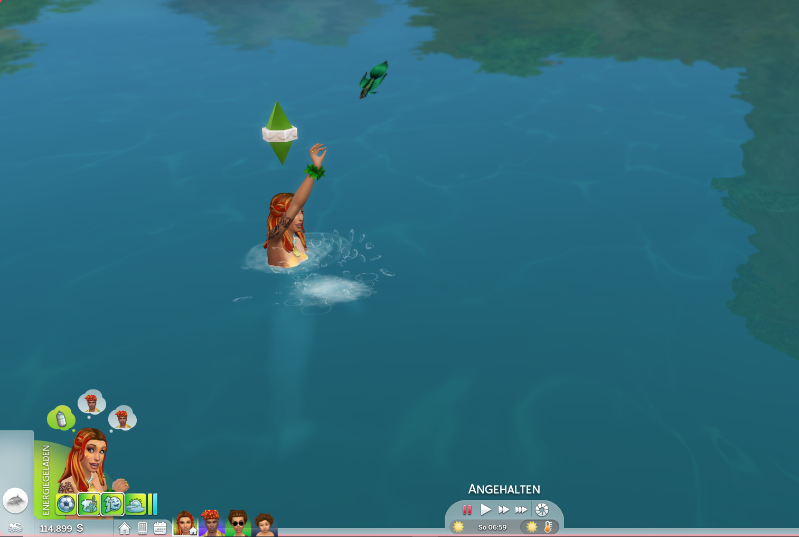 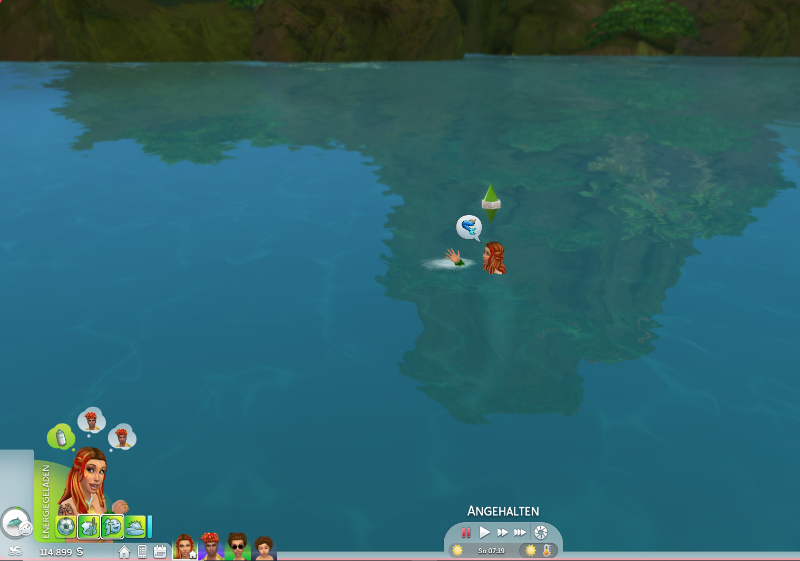 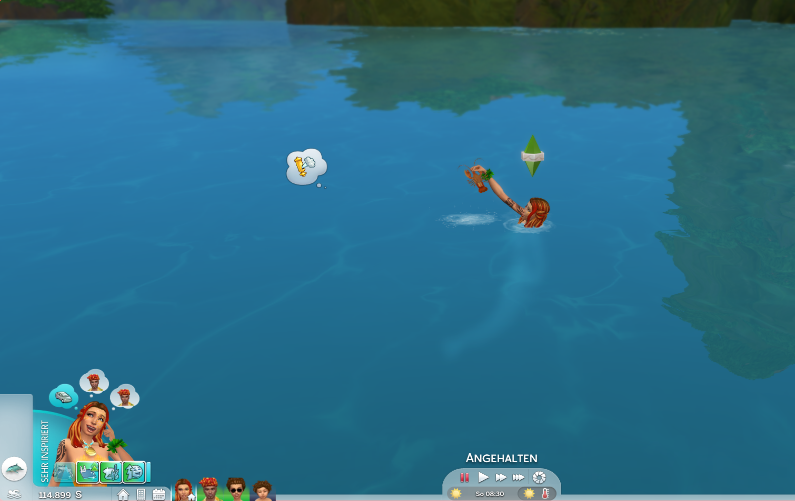 Happened once in my game. Prior to that one time - the dolphins were visible. Have not been calling the dolphins lately so have not seen it happen a second time.

After a long observation I may be able to explain it now.

When a known dolphin is called, an action loop called "playing with the dolphin" begins. This determines the duration of the contact time with the dolphin. As long as this lasts, self-selected actions such as feeding, talking, caressing can be integrated into the action loop. They slip into the base action loop. When the time of the basic action loop has expired, the dolphin swims away with a turnaround. As far as normal.

Overall, the longer the time it takes to feed the fish out of the inventory and the associated premature termination of the action loop, it often acts to feed an invisible dolphin. Especially since then often an unclear dolphin action in the action menu is displayed and the dolphin is heard even longer - in contrast to the other end of the dolphin interaction loop.

If the dolphin interaction is not prematurely interrupted by fish from the inventory, there is still the phenomenon of the lonely dolphin. Then, when the Sims is tired. It's not a one-way street here, where only dolphins decide when it's time to leave : eastandard_smile:. 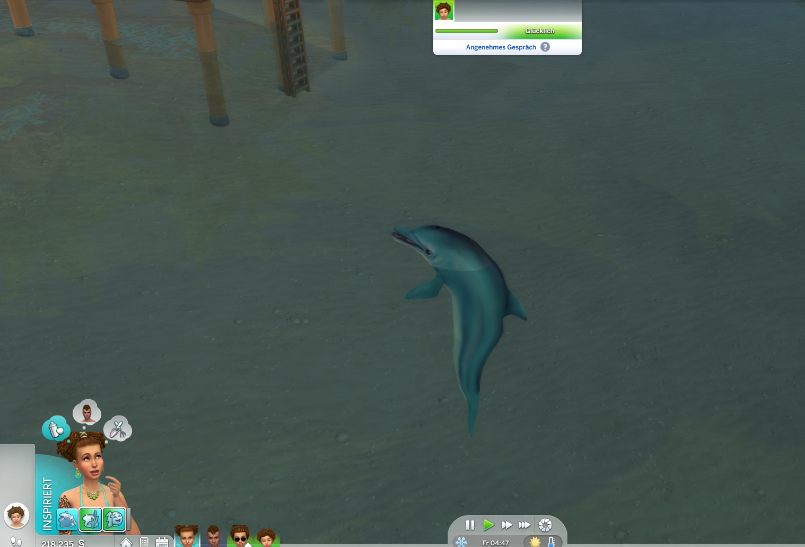 Editing in this forum is quite difficult. I just wanted to change or delete this failed smily. Often, when editing, there is a message that any format is problematic, even if you delete or change only one letter.

I've got a variant of this problem as well.

My Sim is an Aquatic Ecologist and not a mermaid. When he's gone diving for various purposes, sometimes a dolphin appears and is "deciding whether he likes" my Sim. Twice now, the dolphin *might* have begun to accept my Sim - it's hard to tell. The dolphin swims away and my Sim is left splashing the water, patting the air, and making crooning noises at the non-existent dolphin, while phantom dis-embodied squeaking and chirping comes from where the dolphin used to be - if only he were still there.

I've never been able to summon a dolphin, so I don't know about this completely invisible business.

I would echo what others have said - it seems to be related to the queue. If you have other actions in your queue when the dolphin appears, he will leave before you've had a chance to react. This problem is exacerbated by the fact that the queue is slow to respond when attempting to interrupt actions.

I have a dolphin friend!

I was very careful to not queue up actions while in the water near a buoy. That seems to have worked in my case. I'll do some more investigating to make sure.

Product: The Sims 4
Platform:PC
Which language are you playing the game in? English
How often does the bug occur? Often (50% - 99%)
What is your current game version number? 1.58.63.1010
What expansions, game packs, and stuff packs do you have installed? All expansions, almost all game packs bar Spa Day, Laundry Day Stuff, Fitness Stuff, Vintage Glamour, Kids Room and Spooky stuff
Steps: How can we find the bug ourselves? Have the sim go interact with a dolphin. Either wait a few interactions or speed up time while interacting. It sometimes happens when requesting a trick.
What happens when the bug occurs? The dolphin becomes invisible. My sim is effectively talking to and petting the ocean. You cannot see it to interact with it but you cannot use the "Call over dolphin" interaction either as it says only one dolphin can be summoned at a time.
What do you expect to see? I expect the dolphins to remain opaque or, if they are going to leave me 😪, to at least be able to call over another one. I like dolphins.
Have you installed any customization with the game, e.g. Custom Content or Mods? Never used.
Did this issue appear after a specific patch or change you made to your system? No

I've had this glitch in my game since I bought Island Living. It happened on my PC as well as my laptop. At first I thought it was mods causing it but this is a whole new computer with new saves and all, and zero mods. So idk. Tried to attach a pic but it says the file is too large.

@DeejaDat Would you be willing to share your save with QA