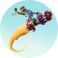 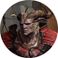 My vamp/alien child is broken.

Product: The Sims 4
Platform:PC
Which language are you playing the game in? English
How often does the bug occur? Every time (100%)
What is your current game version number? 1.61.15.1020
What expansions, game packs, and stuff packs do you have installed? Discover university, seasons, get to work, jungle living, parenthood, vampires, moschino, toddler stuff, kids stuff.
Steps: How can we find the bug ourselves? have a vampire and alien have a child.
What happens when the bug occurs? The child from becoming a toddler will never save its appearance. Will revert to the previous form.
What do you expect to see? All of my cas edits saved correctly.
Have you installed any customization with the game, e.g. Custom Content or Mods? Yes
Did this issue appear after a specific patch or change you made to your system? No

my mods and cc are not the issue as ive had the same problem when I removed all of them and ive already tested that.

Now I made a vampire sim (male) and an alien sim ( female and they got pregnant ( the alien did not the vamp).  I was excited as I read theres a 50/50 on it being a vamp or alien.   Well it aged up as an alien and I was excited... But above said problems are happening.  And when you swap forms in cas it shows a transition lile a vamp but on his options when clicked on it shows disguise self.

I prematurely aged him up to see of that helped but no.  Now from looking it up I see it is an unsupported hybrid.  My sims had woohoo the normal way and tried for baby.  I didnt change anything on my end at all.  Ive done thinga the normal way with my sims and am dissapointed that this couple ive made for each other cannot have children without bugs occurring ( this is my no cheat game save so I can't salvage this unless I go in and physically make a child for them in cas).  Please fix and help me I want my little ridley to be fixed.