Product: The Sims 4
Platform:PC
Which language are you playing the game in? English
How often does the bug occur? Every time (100%)
What is your current game version number? 1.46.18.1020
What expansions, game packs, and stuff packs do you have installed? I have everything except for My First Pet Stuff
Steps: How can we find the bug ourselves? Load the Gallery, select Following, then select Most Popular. You'll randomly see repeats of lots as you scroll down. It also happens when I search for something specific, like Coorinberg for houses under all Gallery uploads. I'll see some of the same houses randomly through the results, and they're definitely not a different upload.
What happens when the bug occurs? Basically I'll see some of the lots repeated as I scroll down the page. It's not every one, just a few here and there.
What do you expect to see? Each lot should be there once, unless the maker has uploaded a 2nd version to the Gallery.
Have you installed any customization with the game, e.g. Custom Content or Mods? Never used.
Did this issue appear after a specific patch or change you made to your system? Neutral/Not Sure

For about 6 weeks now I see doubles of some of the uploads at the Gallery. At first I thought there was something wrong with my eyes, or that I had gone back to a different row while scrolling and didn't realize it. I did not realize that it was an issue that Crinrict was asking about a couple weeks ago, or I would have shared my experience. It's not an obvious thing, the doubles are not right next to each other. It will be like this- House "A" will be at row 6 and then again at row 9 or so. And it only happens to a handful of houses so it can be difficult to see at first glance.

I haven't seen this happen with households, but I haven't really been looking for new sims to download, just lots. So I don't know if it's an issue with households as well as lots.

Edited to add- I just looked at it again and noticed that it will duplicate rooms too.

Since the last patch, the problem appears to be resolved. I'm not seeing duplicates in the Gallery anymore. I'll keep an eye out for it, but I'm hoping we can call this one done.

Is someone still experiencing this issue? If so, can you share some screenshots with us?

I'm having a sort of duplicate and a missing issue regarding builds. I discovered it visiting the gallery website. When I search by my OriginID, I don't get my recently shared builds to show up (first thought it was a cache issue at first, but it doesn't appear to be after the regular cleaning, etc.) I still have one build showing as a duplicate when viewing from the lots category (had more, but deleted them because I thought it was my fault - lol). Anyway, new, possibly related problem is with my most recent shared build. It's missing from my gallery listing of it's set to show by downloads. But, if I change to show the newest, it appears. Either the gallery is confused or perhaps my builds are magical. oooo LOL

Added this as Needs input.

Screenshots are a little difficult because I'm seeing the duplicate lots as I scroll down the screen. I have the duplicates on two different screenshots, it's the Artsy Penthouse Loft made by Maxis 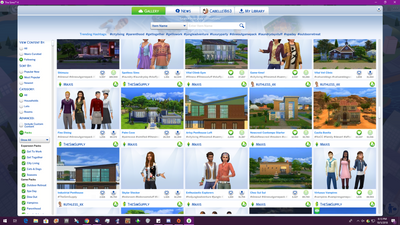 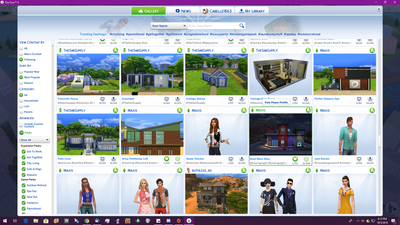 I hope that helps explain what I'm seeing.

Oops, and I noticed there is another duplicate right before the penthouse lot. The house by Sim Supply is duplicated in both spots as I scroll down the screen on the Gallery.

As I continued to scroll down the Gallery (I have view content selected for Following, and sorted by Most Popular), I saw the penthouse loft again at least 4 times, but here are two screenshots 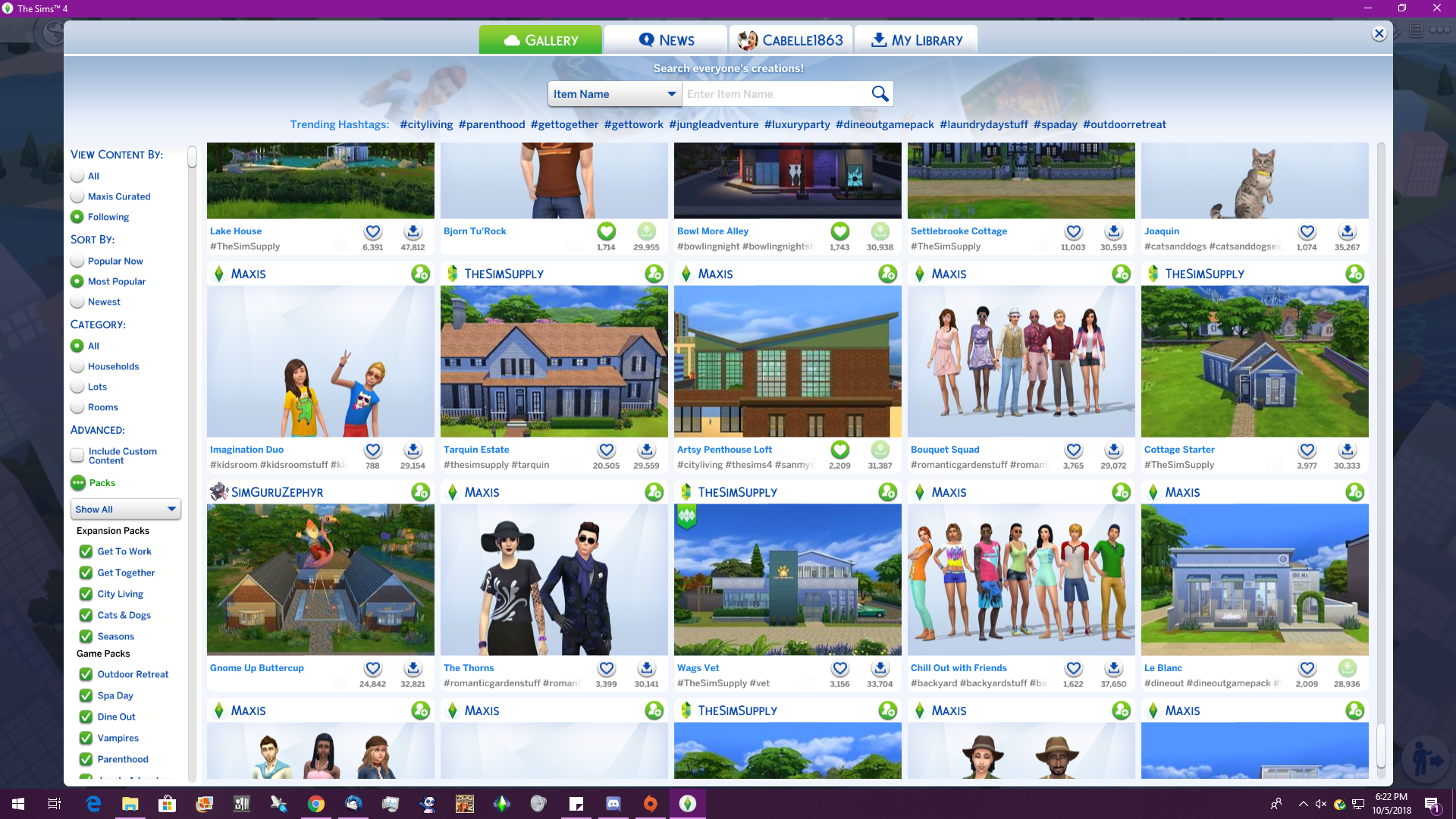 You can see that even some of the sims seem to be repeated through the screenshots, like Maxis's Skylar Stecker or SimGuru Zephyr's Bjorn Tu'rock.

Finally found a really good one that shows both duplicates in the same screenshot, rather than as I scroll down the gallery screen. The Popstar fans by Maxis. 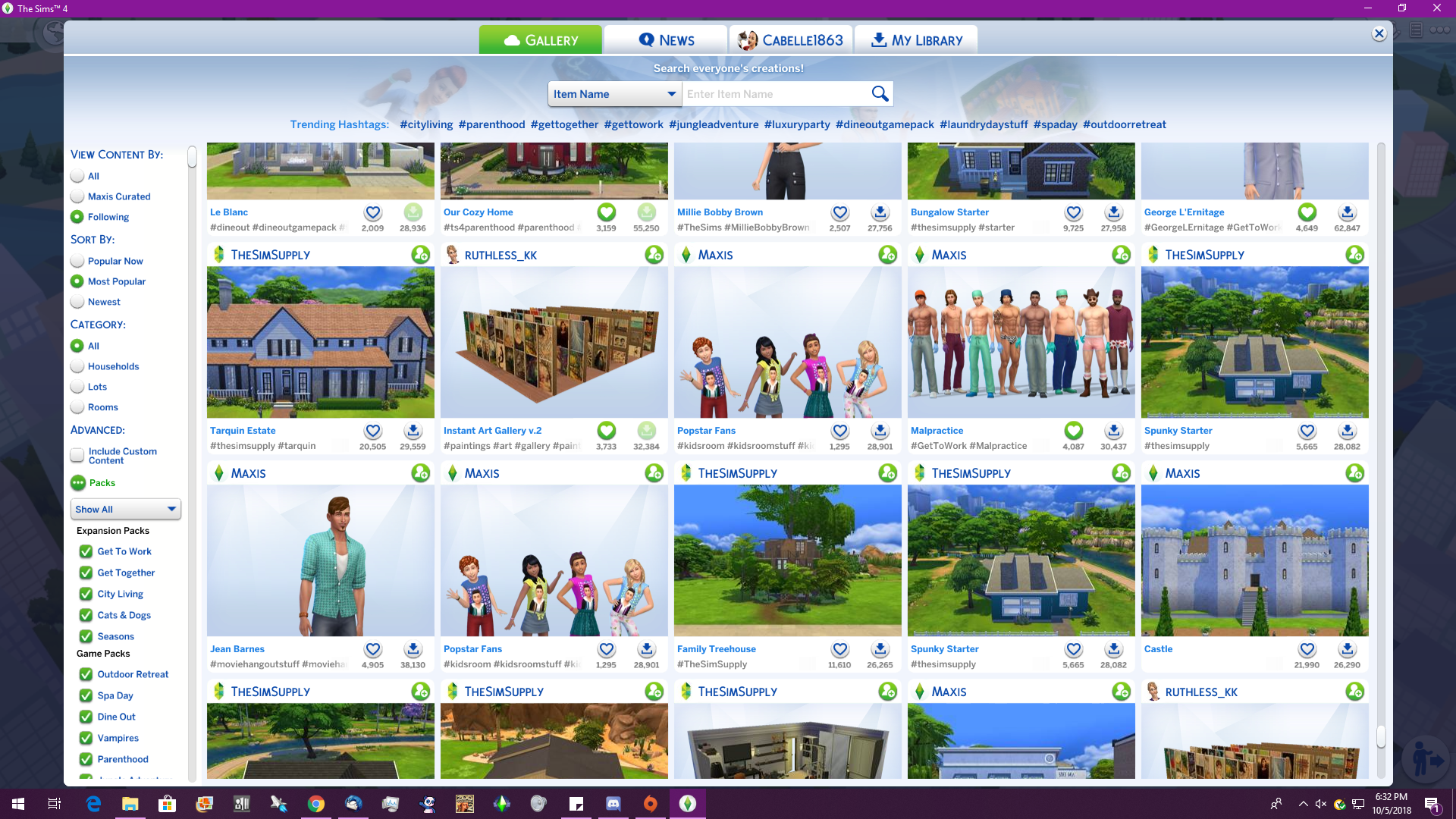 Do you still have issues with this ?

Yes, we are still experiencing this problem in my household. By "we" I mean there are three who play here each with our own computers and own accounts, myself and my two daughters. It's not game breaking, but since it's been mentioned as an issue before, with more information requested if the issue still happened, I wanted to let you all know.