I'm having this problem too and am very dissatisfied because I have similar issues with Detectives and arresting suspects (the only person in the area that matches the suspect description registers as a wrongful arrest so my character can NEVER get promoted out of training!) It shouldn't be this hard to play Careers! Not at all acceptable when this is one of the primary reasons of two packs. 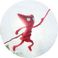 I remember the "Hair and Makeup" interaction working a few days ago, but recently, it stopped working and I can't get it to work. Also, this occurs on my other saves as well. I don't really know a lot about bugs like this, but maybe repairing my game via Origin will do something. If that doesn't work, I'm just gonna do that "super repair" thing I keep hearing about.

Repairing my game with Origin worked!

Yes, I usually need to complete this action 2-3 times before it registers as complete

This is happening to me too! I only got Get Damous recently

Can anyone repair their game with Origin to see if it works for them, too?

@walleto It did not work for me

Same issue for me.   I only got the EP this week and it downloaded at the same time as the update so no idea if it was working before that.

Have all the EPs and game packs and some of the stuff packs.

The first time the sim went to a gig it took three times to get the hair and makeup to show as completed.

The second gig she spent almost the entire time getting it redone.  She went there first, then I cleared the other jobs, then I tried queuing things as someone suggested.  It finally worked ten sim minutes before the gig ended and she didn't have time to complete anything else.

The only thing I can suggest was mentioned earlier. Save your game before you get into the chair. The stylist may or may not complete the sims make up.

If done correctly, before the stylist moves to the sims hair save the game again. If the makeup was incomplete you can either try again without going back to the save or reload the save.

If the hair was not complete reload the save and the game will resume to the stylist and the sims hair. The make up will already be done. It may take a few reloads but it’s the best option for me until they fix this.
Message 30 of 195 (2,363 Views)
2
New topic