error code 102:6ee24dd4:e49d7f43 keeps popping up when i try to play one of my households and works fine with the others. Ive tried relaunching as the code says but still doesnt work

@mexicanwizard722  I've merged your post with the master thread on this issue.  Please see the accepted solution on page 1 for a fix.

@DariusLupus To make it visible to those that like to try it. 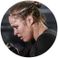 Yeah im not sure which error code i got, but i did have the same error pattern.

So i guess i had a different code and in that case just fixing or updating mods won't fix it sadly :/

Thanks for your reaction in the hope people will find answers

This thread is marked as already solved and definitely it is NOT solved.

I got the error with my first sim that got graduated: I got the photo, diploma, etc... When I move him the error showed up

I play vainilla and I will not use any mods to fix this. So I will wait for a patch to play Sims again because this error is really a gamebreaker.

This has happened to me too. I have all the packs fråm EA installed, play in swedish, and removed every single one of my mods and CC (didn't have a lot of them to begin with), repaired the game, and this issue started for me as soon as my sims had completed the university aspiration, got a job with thier respective diplomas, and moved away from Britechester with thier boyfriend/girlfriend that also had a uni diploma. Tried both with an old save file and a new one, both with only one sim in the active household, and they studied different things at differend schools (Gemma Britechester, language&litterature in the old save and then Kelvin at Foxbury, physics in a new save.) Errorcode: 102:8ee24dd4:e49d7f43 appears every time I try to load into any of the households that went to uni. Both of my sims now live in worlds outside of Britechester with thier boyfriend/girlfriend; San Myshuno (Gemma and Cameron Fletcher) and Willow Creek (Kelvin and Becca Clarke). Cameron and Becca graduated too and after that I started to experience problems. Can two uni graduates not live in the same households? I can load into other families that existed before DU in both save files without problem. MCC won't even load up in my game and I don't really dare to do anything in case I crash my game all together

The Game Failed to Load Sims 4

Product: The Sims 4
Platform:PC
Which language are you playing the game in? English
How often does the bug occur? Every time (100%)
What is your current game version number? Sim4
What expansions, game packs, and stuff packs do you have installed? All of the them.
Steps: How can we find the bug ourselves? Play University, and put multiple sims in different housing. Move on campus have others move home. When one graduates, and moves out the error code relaunch game, occurs.
What happens when the bug occurs? Error code relaunch game. I have repaired, started from an old save then it will not let me play a house takes me to main screenscreen to pick a town. I started a new game three times. It seems to happen when graduating.
What do you expect to see? I expect to be able to play multiple households without error codes, and starting over again. You get so far and then it breaks.
Have you installed any customization with the game, e.g. Custom Content or Mods? Never used.
Did this issue appear after a specific patch or change you made to your system? No

Re: The Game Failed to Load Sims 4

@chachakerry What's the error code you're getting (whole number)

Is there a work around for people who don’t use mods? This is so frustrating