[FIXED] [ECO] Objects disappear from lots/ NPC Stealing (with and without N.A.P)

Same! This patch broke my game! Now my pets randomly just flat out dissapear and my furniture vanishes before my eyes. My roommate randomly said my house didn't have what he needed and he moved out. My sim forgets how to function and just stands there or wont eat. The laundry doesnt work anymore either. I dont use mods or anything and I have every expansion/stuff pack. I love the eco expansion but its hard to play with all these damn glitches. Repaired the game 3 times now. Any idea when they'll patch it?

I want to add that my Patchy the scarecrow turned into a real sim and started stealing my harvestables, as well as all my neighbors stealing them, without the sharing is caring NAP.

@mikepepsi0 I have to agree! I've never been bothered too much by bugs, but this pack is so buggy that I've just stopped playing and really disappointed in EA on this one. I've experienced other bugs with the freezing when accessing a computer, my sims not going to work so I have to restart my game, sims not finishing their food or beginning cooking and stopping midway. These bugs have really affected the overall game play for me.
Message 63 of 493 (1,816 Views)
4

Product: The Sims 4
Platform:PC
Which language are you playing the game in? English
How often does the bug occur? Every time (100%)
What is your current game version number? 1.63.134.1020
What expansions, game packs, and stuff packs do you have installed? All including Eco Lifestyle.
Steps: How can we find the bug ourselves? Have a Sim go to University at Foxbury.
What happens when the bug occurs? Everything is slowly disappearing from Foxbury Commons and dorm common spaces. A Sim even swiped the table out from under my Sim when she was doing homework (which also made her homework disappear) and a computer while my Sim was using it.
What do you expect to see? Usable items.
Have you installed any customization with the game, e.g. Custom Content or Mods? Not now. I've removed them.
Did this issue appear after a specific patch or change you made to your system? Yes
Please describe the patch or change you made. I installed the most recent update and expansion pack. 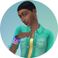 It's that darn 'Sharing is Caring' NAP and the recycler trait. I don't know what they were thinking when they enabled this for public lots. You have to repeal SIC and/or don't travel when it's active (I know that's impossible when at university.) And I don't think there's anything you can do to stop sims from getting the recycler trait.

@janyses ugh. i couldn't figure out how or even if i could vote on NAPs at university, so I just ended up moving the Sim back home. Hopefully they fix this! thank you for the heads up.
Message 66 of 493 (1,790 Views)
1

Since the Eco Living expansion pack on Friday people keep coming to my property and taking items from my home and I also had the option to take things that I wanted from other persons homes and the community lots. I thought this might have been something to do with recycle or something new in the pack so didn’t think much else about it apart from it being really really annoying and having to keep my doors locked from everyone but household members. Tina Tinker was the first person to start taking things from my home so I went onto manage worlds and started playing as her simply to see if she had the kleptomaniac trait and she didn’t. Everything day since I have been logging on to see if this swiping keeps continuing to happen and it does. I also swiped some objects and I realised that it gave my sim a moodlet from doing it and in the brackets it said (from the kleptomaniac trait) which my sim does not have. Today since playing my own sim keeps stealing things from her own house but then the game glitches out and I cannot find the item in my inventory or in my household inventory so I have come to the conclusion that the whole thing must be a glitch and thought I should probably notify you. Thank you 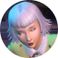 So like, hotfixes (game breaking bugs like the sims save being unable to open) are almost always "priority".  They get those out super fast because it completely stops the game from being played.  June 3rd patchday to June 4th hotfix.  From there, they have a lot of more detrimental bugs, errors that lead to crashes (the errors with the strings of numbers) that they prolly prioritize because those crash the game.  Theoretically speaking, as long as the game remains stable on the systems it should be on and there aren't major issues running it, they want to put as many fixes in at the same time rather than slowly patching in fixes.  There's also the rub that some bugs are complicated, and fixing one bug might break open a fix for another.  They try and fix new expansions pretty quickly, so with the number of bugs esp the error codes and the vanishing pet problem being reported I think they might patch soon for bugs.  When DU came out, they patched for the big bugs within the month.  (11/12/19-> 11/25/19) being a turnaround of about 2 weeks.  The real question is if this one will be entirely fixed in the first round of bug fixes, which, I think making sure NAPS only affect the neighborhood who voted them in would be a high priority fix, but the tuning on it might take a little longer.

I had serious luck after doing a factory reset (renaming my sims 4 file "sims 4_Backup) and opening the game up, before closing it, putting in my options, saves and tray folder back in, and that made it run a lot smoother (notably, it fixed my experience with sims stealing the sink in my community garden!).  I also delete my local cache file in the sims 4 folder every single time i load up the game, and repair the game before i play it every time.  Try those fixes too, see if they help.

@rozjess to vote at university campuses I assume you'd need to place one of those community boards down on one of the community lots, I'd recommend placing it in the dining hall esque area of the university you're attending!

@rozjess You should be able to use the dorm mailbox to vote on and repeal N.A.P.s. I think you could also place a voting board somewhere on campus using bb.enablefreebuild (cheat)!