Would you mind sending me your save ? Instructions in my signature 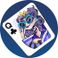 Product: The Sims 4
Platform:Mac
Which language are you playing the game in? English
How often does the bug occur? Every time (100%)
What is your current game version number? 1.66.139.1220
What expansions, game packs, and stuff packs do you have installed? Everything besides Star Wars, Realm of Magic, Strangerville, Knifty Nitting, Tiny Living, Toddler Stuff, Bowling Night Stuff, Backyard Stuff, Movie Hangout Stuff, and Perfect Patio Stuff.
Steps: How can we find the bug ourselves? This happens with specific sims, but I cannot find any common ground between them (i.e. one is an actress, one is in the Administrator track in the Education career, but my other actress living in the same house has no problem).
What happens when the bug occurs? The sims who are affected will do the NAP actions (playing a guitar/violin riff, ask the cube questions, program/play video games, etc. all of the possible actions) without being prompted and with 0 NAP programs in effect. The problem is they do these actions before every single action I give them to do, leading to at least a 20 minute (sim time) delay before they do the action I told them to do. Unless I am on top of them 100% of the time or give them a never-ending stream of actions to do, they do these actions CONSTANTLY, one right after another. I have disabled the NAP programs as much as I can in the game (autonomous voting is turned off, it's only user-prompted and I have elected/voted on 0 NAP programs). There have even been several times where they cancel USER DIRECTED actions to do these things. This bug happened when Eco Living first came out, then it was fixed, now it is back with a vengeance and worse than ever.
What do you expect to see? I expect the Eco Living pack to not poison my entire game. I expect my sims not to do these actions whenever I have not given them a specific action to do. If not currently doing a user directed action, i.e. when acting autonomously, I expect user directed actions to cancel their current autonomous actions, like it used to. Usually, when sims do autonomous things and I give them a user directed action, they quit what they're doing, wrap it up (like if using the bathroom, they stand up and flush without fully finishing), and then do what I tell them. With these constant NAP actions, this is not what happens; they always fully complete the guitar riff or finish asking their question to the cube and getting an answer, then do what I prompted. It should be like with regular actions, quit as soon as possible and wrap up the action.
Have you installed any customization with the game, e.g. Custom Content or Mods? Not now. I've removed them.
Did this issue appear after a specific patch or change you made to your system? Yes
Please describe the patch or change you made. After the very last update I noticed it creeping into my game. It was gradual at first, now it's getting much much worse. 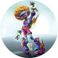 I have the same issue - I've never experienced such a gamebreaking bug in the Sims. My Sim will autonomously cancel actions like eating and sleeping to do pushups, bake a cake, or play the piano. It is constant - I cannot stress that enough - not an occasional bug. Need a fix for this!

@kateddonuts Commodities are probably still stuck on your save.

I merged this with that thread. Check if any of the solutions given in this thread help you

Furthermore, my problem is the fact they do it CONSTANTLY. It's not that they get stuck doing some NAP action after coming back from a friend's neighborhood where some NAP was in effect, the most infuriating part is that they do it so constantly that it has begun severely affecting my gameplay. I wouldn't care if they did these things, as long as it weren't every single time I left them alone to autonomously take care of themselves.

TLDR: I don't know how commodities would get stuck when, since the creation of my whole save, there have been 0 NAP programs in effect

@kateddonuts This you start with all new Sims ?

Would you mind sending me your save ? Instructions in my signature

Yes I can send my save in a bit.

I should note I did once, while testing something else, create a whole new save. That one did not have this problem right off the bat. I didn't use it much longer and later deleted it.

The other game, the one I'm talking about with this issue that never had any NAP programs in effect, is an older game I've been playing a while. I did remove mods and had the same issue.

Also, when I give my save, would it be helpful to note the specific sims that have this problem? As I had mentioned in the original, most of my sims do not have this problem, but the few that do seem to have it bad. I don't know if that would help you look anywhere specifically in the save.

I guess I just don't know if the fact that it seemed to be a developing problem, rather than a problem that occurs even with a brand new game, matters.

@kateddonuts All info that makes testing faster is helpful. So yeah, would be good to give me as much info on where and with whom you see it happening as possible.

There are folks that don't have the pack in this thread: https://answers.ea.com/t5/Bug-Reports/NEEDS-INPUT-Active-Sims-interrupt-current-interaction-to-do/m-... so it would be interesting to see what else pushes Sims do to all this stuff.

Did a quick test on one of the saves that had stuck commodities .. they were gone.

Will need to do further testing but I'm cautiously optimistic that this is indeed fixed.

Going to mark this as fixed for now.

Please make a new thread if you still have issues with this.

@crinrict  I just had a look at the tuning files too - it's no longer persistent, plus a slightly longer cooldown on actual NPCs doing stuff.