[FIXED] [ECO] NAPs from all neighbourhoods are applied to visiting NPCs

Product: The Sims 4
Platform:PC
Which language are you playing the game in? English
How often does the bug occur? Every time (100%)
What is your current game version number? 1.63.134.1020
What expansions, game packs, and stuff packs do you have installed? All except Tiny Living.
Steps: How can we find the bug ourselves? Wait for voting on neighbourhood actions plans to complete for the first time and then observe the behaviour of NPCs in the area.
What happens when the bug occurs? The NPCs in the area may do interactions based on NAPs active in other neighbourhoods than the one they're currently in.
What do you expect to see? Visiting NPCs should only follow neighbourhood action plan policies that are enacted in their current location.
Have you installed any customization with the game, e.g. Custom Content or Mods? Not now. I've removed them.
Did this issue appear after a specific patch or change you made to your system? No

Let's say that your sim lives in the Windslar neighbourhood in Windenburg and votes for the Self Sufficiency neighbourhood action plan. Monday 6pm arrives and voting closes. The policy gets enacted immediately.

Then you notice NPCs in the area, who were acting normally before doing free love, swiping things and they're all dazed from being juiced. None of those policies are enacted at the current location. You find out that free love was voted for in the Fashion District in San Mysuno, Sharing is Caring is enacted in Willow Creek and Juiced was voted for successfully in Oasis Springs.

I was able to confirm this using Show Sim Info mod, which lets you inspect the buffs active on sims - visiting NPCs had all the autonomy modifiers for every civic policy applied to them at the same time from every neighbourhood in my game that had voted for a policy.

EDIT: I've uploaded a mod to fix this on my blog. You can find it by Google searching for "simvasion mods".

Re: Sims are buggy with eco-living update!

● NPC Sims will no longer follow enacted policies in their home neighborhood if Sims travel to another neighborhood or world before the voting period ends.

I will leave all the threads listed in post 2 open for now to see how that goes.

Your feedback there is appreciated.

Re: [NEEDS INPUT] [ECO] NAPs from all neighbourhoods are applied to visiting NPC

Sims are constantly dropping player-assigned actions to do those assigned by NAPs that are currently not even active in the played neighborhood: baking, mischief, programming - from any NAP literally.

For me, this is happening even in neighborhoods without N.A.P.s passed, but only for certain Sims.  For example, I passed the Foodie N.A.P. in the city neighborhood where the Rasoyas live.  I then switched to playing the Kim-Lewis household with no N.A.P.s, and Vivian Lewis is constantly canceling her interactions and trying to bake cakes even with all autonomy disabled.  But only Vivian is affected, and I am able to play the other household members without issue.

For now, I just keep sending her to skill classes so that she's out of my way, because I'm at the point where I'm about to just kill her off so I don't have to babysit her.

@crinrictFrom what I can tell, the NAP is the trigger. When a sim goes into a neighborhood with a NAP active, it tags that sim with a hidden trait that remains with them permanently... even when they are in 'hoods with NO NAPs. One of them is causing ALL actions to cancel so they can do some random idle action that also spawns a Lump of Clay in their inventory for some reason.

I know it's related to the NAPs because I purposely played a random sim in port promise and deleted ALL NAPs. I then created a new sim from scratch and placed them there. I played them for at least a sim year and never had ANY problems with them. No lumps of clay, no theft, nothing. This sim has never been in a 'hood with NAPs active and everything was fine. (Other than the normal broken objects like the Fabricator broken noise, and Fizzing station seizing up)

I have a different save with two sims that have been in two different 'hoods with the maximum number of NAPs each (3? 5? don't remember). They have close to a dozen hidden "Civic" traits each and they are basically bonkers and completely unplayable.

The NAPs are BAD.

@Psychotps  I think you are absolutely right. Seems half my issues are caused by NAPs. They seem to override even game controls.

@bioras Yea, it's definitely the NAPs. You can't turn off Autonomy either. I tried that half the day yesterday. I thought I could control all the stealing with "Sharing is Caring" by using MCTuner to remove all the "swipe" interactions. It didn't work. Same thing with the Lumps of Clay and exercising. The interactions related to the NAPs are not normal autonomous interactions, they are "SPECIAL" interactions and can't be controlled.

Until they get this fixed, you'll have to disable all NAPs. Unfortunately if you have a neighborhood/save that's already had them, you're F'd. You can't fix it. Believe me, I tried.

I have a template save I use for all new games. None of the 'hoods in there have ever had NAPs. So, I disabled "NPC voting" in the settings on that save and made SURE none of the 'hoods have NAPs enacted. That way no NAPs will be enacted anywhere unless "I" do it. That means no messed up sims.
Message 7 of 255 (43,431 Views)
12 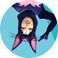 Hi, I have this problems with new expansion and my provisional solution was: to deactivating the NAPs and go to in the each section of each neighborhood where I have or had an active family since the new expansion was played and with testingcheats activated click + shift on the mailbox and I deactivated one by one all the NAPs that was already active, I did that in all neighborhoods (Evergreen Harbor Included) and so far everything seems to be going better, at least some annoying activities are gone...

I Hope this works for you, regards.

@TyttaMarzh Unfortunately this didn't work for me. I did that and then I even disabled EL compeltely through advanced launch settings, saved without it, then re-enabled again and all NAPs activitied were back. It doesn't affect new households tho, just the the ones already affected.
Message 9 of 255 (43,325 Views)
7

Re: [NEEDS INPUT] [ECO] NAPs from all neighbourhoods are applied to visiting NPC 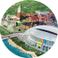 This, combined with the literal OCD the sims get from every enacted NAP have utterly ruined my save file. I'm surprised there is no more input on this. This is the root of most of the problems in the game right now, and it can only be fixed on our end as the player by completely disabling the pack, which begs the question of why the heck did we buy it if we can't play it?

I have isolated the following issues that are tied closely together in my own game:

1. By design, every neighborhood votes automonously for NAPs, no matter if the neighborhoods are visited by the played household (unless you know do disable it beforehand, which I didn't). This is followed by the following bugs:

- The NAP activities persist even after the NAP has been repealed or cheated away.

- The NAPs aren't restricted to the neighborhood that voted for them, instead clinging to the visiting sims ang being spread throughout the whole world.

These two bugs create an environment where eventually all the NAP activities are present in every single neighborhood at once. Which leads to the second point:

2. By design, most of the NAPs prompt the sims to suddenly be very interested in the voted for activities: fitness, gardening, performing arts, "regular" art, tech stuff etc. This, again, is supplemented by three issues:

- By bad design or bug, sims will drop whatever they were doing to perform those NAP activities instead. This even goes for important things like taking care of their own needs. Leads to sims prioritizing violin play over feeding themselves or push-ups over going to the toilet, even if they are about to wet themselves.

- By very bad design or bug, the frequency of those NAP activities is so high that most of the normal interactions get interrupted. With every NAP in place, it gets insane. The excessiveness is making it near impossible to accomplish anything. It is becoming increasingly hard to even take care of the sims' needs, let alone develop some skills. The player is forced to constantly watch over their sims, cueing the needed actions over and over again hoping that maybe third time is the charm and the sim will finally finish cooking dinner so their kids won't starve. (No? maybe fifth time is the charm, then...? ...please?)

- By weird design, sims will pull out items they don't actually own and interact with them, depending on what NAPs are ruining their life at this point, for instance the aforementioned violin, future cube, or lump of clay. Those items are supposed to disappear directly after this interaction. This leads to the bug where some of the items don't disappear again and stack up in the inventory. Reported are clay lumps and future cubes. While in itself relatively harmless compared to the others that break the game, this bug is still very annoying because those items need to be sold and then the money removed by cheats if the player wants their sims to earn their money fairly.

A third issue resulting from the NAPs is kind of on it's own, but still close to game-breaking. It results directly from the Sharing is Caring NAP that basically encourages theft.

3. By bad design, this means the sims will all become cleptomaniacs, and no one will mind. From the obvious problem of every visiting sim robbing the played neighborhood blind, to the less anticipated but very annoying issue of sims picking clean every pubilc lot they visit. Everything gets stolen, decoration, tech, furniture, even toilets, or sinks. Let it slide long enough and the public spaces will become skeletons of empty walls and rooftops. So far I feel it only happens on lots where the played household is on, meaning only those lots they own or visit will be stolen from, but I'm not sure it that is actually the case. Maybe anyone can confirm or add info?

Many of those issues have threads of their own, but I feel this one is the most important one to fix, with added "repealed NAPs be-gone" feature. As of right now, I am afraid of loading up my save file because I am honestly not sure how much more damage it can take before it becomes irreversibly broken.