I also have this problem with Port Promise. It’s so close to being fully green but the bar keeps decreasing. However it seems to randomly go back up. Mine started randomly though not after a fire. (I’m also unable to get it to go fully green because of this which seems like a bit of a waste of time.) 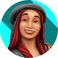 I am having what I think is a related problem: I'm trying to get a previously existing neighborhood (Foxbury campus) to change from neutral to green, but I can't get the Eco Footprint bar to move AT ALL despite redoing all the buildings with green materials and having my sim put eco upgrades on virtually every appliance on campus. It's not even that I simply haven't tipped to green yet, it's that the green bar isn't filling even slightly--the neighborhood still reads as dead neutral even though when you toggle eco footprint mode, several of the lots are listed as green.

No, not quite. The first day I played, I was able to get it from industrial to very very close to green. But as soon as it was super close to green, the bar stopped going up. And then suddenly started to move back to Neutral at an alarming rate (as if I had 100 power generators on) but all appliances are upgraded to be eco friendly, the family create so much power and water from windmills, dew collectors and about 20 solar panels that they get money instead of paying bills. And yet the bar keeps diminishing and then going back up to “almost”. I tried cheating to green but it just diminishes again. I don’t understand what is causing it since it did nothing but go towards green when I first started playing it.

Product: The Sims 4
Platform:PC
Which language are you playing the game in? English
How often does the bug occur? Every time (100%)
What is your current game version number? 163.134.1020
What expansions, game packs, and stuff packs do you have installed? All expansions, all game packs, most stuff packs (I don't have Luxury Party, Fitness, Bowling, or My First Pet).
Steps: How can we find the bug ourselves? Start in a neighborhood that is Neutral by default (any neighborhood except Grimm's Quarry or Port Promise). Create or download several lots with Green eco footprint, such that toggling eco footprint from the map shows half or more of the lots as green.
What happens when the bug occurs? You'll find that the neighborhood eco footprint bar in the UI will not change no matter what you do and regardless of the number of Green lots in the neighborhood; however, lots that have a Green eco footprint will have light effects and aurora in the skies even though the neighborhood is Neutral, while other lots will not (even on the same night in the same neighborhood, traveling from Neutral to Green lots and then back again will cause the aurora to turn on and then off instantly).
What do you expect to see? I expect to see some progression in the UI eco footprint bar when several lots are Green. Even if it does not tip the neighborhood fully to Green status, the green side of the bar UI should fill at least a little. I also expect the aurora to appear or disappear based on the neighborhood eco footprint rather than the individual lot's.
Have you installed any customization with the game, e.g. Custom Content or Mods? Not now. I've removed them.
Did this issue appear after a specific patch or change you made to your system? Neutral/Not Sure

This bug persisted not only after I removed all CC, but also after I did a full factory reset of my game to ensure no lingering corruption. I have tested this bug in Connifer Station, Foxbury Institute, and Forgotten Hollow. When I tried to start a game in Grimm's Quarry, the bar moved alarmingly rapidly from Green to Neutral, but it did move. The aurora inconsistency affected Grimm's Quarry, as well.

Having the same issue here. I've added so many green things to lots, and they are staying at Neutral. It goes back to Neutral super quickly and I can't figure out why.
Message 16 of 124 (2,924 Views)
10

@rachelwolfe Yes it is very much related! I feel your pain. I just want to play in a green neighborhood and no matter what objects I add it doesn’t help. Hopefully this will be solved!
Message 17 of 124 (2,909 Views)
5

I'm so glad I found this thread! I managed to change Port Promise and Conifer Station to green (by adding loads of green items to my lot, having multiple green N.A.Ps in action and then out of frustration adding loads of green items to neighbouring lots). Especially in Conifer Station, I could reap the benefits for a few Sim days (better plant quality, better harvest, ...). But then, all of a sudden, the neighbourhood went back to neutral and I can't seem to get it back to green. I even tried to cheat the footprint to green, but within the same day, it went back to neutral. I really hope they fix this, otherwise there's no point in having a green footprint at all.

@Colour_of_Snow I’m glad to know I’m not the only one experiencing this! I’m pleased to know you were able to experience your neighborhoods in a green Ecoprint. May I ask, what was your method for turning your neighbors’ lots green? Did you add a bunch of plants, stay on the lot for a whole sims day, etc.?
Message 19 of 124 (2,872 Views)
2

I basically refurbished the houses. I exchanged wallpapers, flooring, windows, doors etc to remove the 'industrial' aspects. I then added a bunch of plants and sun collectors. This only worked on the big house in Conifer Station though (and the community lots). With the existing houses in Port Promise, I could only get them to neutral (figured that was better than industrial), but my green lot and a green community garden were enough to change the eco footprint (at least for a while).