Yeah I noticed that too. I just hope it gets fixed. I also don't think it necessarily a Eco Lifestyle problem either

@Sinhberg What NAPs are active in the hood ? 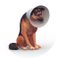 Juiced Community and Tech Support are in the neighborhood with the bar and future cube problems;

Nothing tends to happen with the Rock your body & Sharing is Caring NAPs;

My Sims tend to do push ups on their own with the Rock Your Body and Power Conservations NAPs;

Nothing happens with Roughhousing Encouraged & We wear bags NAPs;

My Sims play randomly with the future cube with the Eco-friendly appliances & Support the performing arts NAPs.

I thought the future cube was related to Tech Support but apparently not! And Rock Your Body makes them do push ups or not depending on the other active NAP, as it appears.

All of these tests have been made with autonomy 100% OFF, and in neighborhoods where I had families. The Sims switch neighborhood very often, they never stay long in one place. Yea I play weird!

This has been happening since the 3rd June patch. I play with multiple households in multiple neighbourhoods.  My sims do all of the above and it now has got so bad the game is unplayable. The behaviour does not match the naps. Now the kids are infected and stretch their legs to use the tablets and cameras that they do not have in their inventories. I can pay all my bills and loans using money from spawned cubes and clay. I've reinstalled,  repaired everything.  Add this to my parents not parenting and my inspirations not completing, missing presentations, bikes everywhere. Not a happy bunny.

@Sinhberg Would you mind sending me your save ?

Instructions in my signature.

Checked your save and most of your Sims seem to have stuck commodities that cause the issue. I'm guessing they are stuck from prior the patch. Active Sims are not supposed to have them, only NPCs if the NAPs are active in the neighborhood.

There's still a bug with those on rotational gameplay as described here: https://answers.ea.com/t5/Bug-Reports/NEEDS-INPUT-ECO-NPC-Autonomy-commodities-incorrectly-being-sav...

There's several options to get rid of them, depending on whether you want to use mods or not.

Unfortunately, I haven't found any efficient method to get rid of them and it's only worth doing to families you play at the time as it's a only temporary unless you use Simvasions mods.

It might help to make sure that all Sims leave a lot before you switch households but as it also affects random walkbys, that might be difficult to do

@KLoxxon Cheat-enacting and repealing only works to fix NPCs, so it won't fix the active household.  Doing it from another household should work though.  Sims can get infected any time you switch households with the annoying NAPs active, if they're in the zone, whether they live near there or not.

I fixed my contaminated save back in mid-June, and I've been playing (NAP-related) problem-free since then.  I did it by disabling the pack, saving without it, then re-enabling it - a fairly destructive (but faster for my 84-Sim save) method.  I'd only been playing a week with the pack though, and didn't know about repealing fixing things too - I don't think I'd want to do it again now.  However you choose to fix things, make sure to turn off NPC voting and repeal the problematic NAPs first.  Even with disabling the pack completely, when I re-enabled it, the NAPs were still active!  (So I ended up disabling the pack twice.)

I do stick with the same four NAPs in every neighbourhood though, so I lose a little bit of gameplay not really using NAPs (or influence, since I don't have to out-vote NPCs - but most of my neighbourhoods are entirely populated with my own Sims though, so I don't want them voting for weird things anyway).  I use Green Gardening, Eco-Friendly Appliances, Upcycling Initiative, and Clean Energy Production.  They all have weekly inspections and fines for non-compliance, rather than buggy autonomous behaviours.  Water- and Energy-Conservation should be safe too, if you don't mind the utilities going out occasionally.  They only lasted one week in my game, before I got annoyed and repealed them, so I'm not sure how playable they are long-term.  We Wear Bags also doesn't seem to affect played Sims.

If you don't have 4 NAPs active in a neighbourhood, you'll still get notifications every Monday evening that something won the voting - but it doesn't actually take effect.  That, and things like Sims with the Active trait still doing push-ups or Sims playing with clay I forgot to delete, had me jumpy for a few weeks after I cleaned up.  I still get suspicious and check every time they start to cook something on their own.

The Eco Footprint can be a bit glitchy, and has some odd effects on gardens, but overall it's nowhere near the level of brokenness as the NAPs.

Any saves that haven't been opened since installing EL should be safe - but turn off NPC voting before loading any households.  I just opened one of my old ones, and there were no NAPs active. 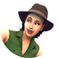 @Rhaynn0124 thanks very much for the comprehensive advice. I'm reluctant to disable EL entirely because I've made progress in this save that I don't want to lose, but I will try everything else. I've already tried cheat-enact cheat-repealing performing arts from another household while my sim visits, but not played enough to gauge the result of that yet. I have unfortunately spotted some sims playing with clay again after I deleted it all from their inventories a few days ago, which is disappointing as I hoped I'd got rid of that.

I'm relieved to hear that as long as I disable the NAPs before opening a household my uncontaminated saves will be ok. I still haven't done it yet. I'd like to know how far and how well I can clean up the conaminated one first.

Your help is much appreciated!

More generally, I do think it's a great shame that I have to turn off NAPs, such a promising sounding feature of EL before release, to make my game work properly. It's a very poor outcome that all but a handful of them are game ruining. I don't usually do those 'favourite pack' type polls that run in the forums, but if I was taking one now I'm afraid I'd have to say EL is easily the worst EA has released to date because so much is unplayable

I must agree with you.

The patch did not solve the problem.

With voting off, and offending NAPs not active, Sims are still doing what they should not, including mixing destressing drinks, grilling and programming. All of this completely ignoring toddlers needs.

The only solution so far is disabling EL, which means you end up with hairless/naked people, as well as with objects that are no longer there, like vertical planters.

The most ridicolous thing is that EA officially denies EL is broken (I have tickets open with Support, and they just reply with copy pasted text, denying the obvious, treating ppl as fools), so that you can't ask Microsoft or Sony a refund.

It is really time to take responsibility.

It would be as easy as temporarily add the option to completely disable all NAPs, and hidden traits that come with it.

Mine is similar to the other comments. I have all packs and never used mods or CC. Both clay and future cubes keep appearing and multiplying  in my two adult sims inventories since eco lifestyle. Even if they don't play with them they just keep multiplying. I've played this household in 3 locations since installing eco lifestyle and it has been an issue in all 3 and never happened prior to this pack. My sims have played with the clay in all 3 locations more then the future cube. I believe there could be a correlation between the tech NAP and the sim playing with the future cube but the continuous playing with the clay I haven't been able to find a correlation with NAP's yet as I have seen it happen in multiple locations when the same NAP's aren't in place. Current location NAP's are clean energy production and power conservation. 1 of the 2 adult sims I have is more inclined to play with the clay then the other, this sim also keeps stopping doing tasks before they are completed (added this to the current thread for this issue) i.e. cooking food, working out.