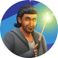 just figure i will make a note here as well because it is very annoying every few items fails and breaks which then you have to start over it already takes a long time to fabricate an item and fast forwarding seems to bring about the annoying sound bug so yes an update is over due.

@jpkarlsenwell i am at fabrication 9 i try to make a dresser after 2 other fabrications the dresser fails i repair and start dresser over it completes i do another it completes the next after that machine breaks little over 1 sim hour into the third fabrication the longest record so far is i have had 3 succesful fabrications without breaking and the 4th failed this has been rare and most of the breaking occurs over an hour into fabrication so all that time is wasted =/ but most commonly i see 2 completes and 3rd breaks half way so far the skill seems to reduce the chances of getting dyed more than reducing breaking that or i am very unlucky. more annoying than game breaking but still a resume where left off would been better than a refund so you can start over.

could  be that both of the tinkers have the clumsy trait.. first time i really ever had that on a sim? 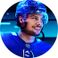 I can't finish this job I have for 3 floor lamps bc it breaks or screws up everytime I use it. Thr amount of dyes and bits and pieces I've lost is crazy!! I don't get why there isn't an upgrade it it at least. I'm so annoyed with eco in general.

We have rebuilt the Store No More Home Fabricator so that it doesn’t break at least once a day. All returns are subject to warranty inspection, no Simoleons were harmed in this endeavor.