[FIXED] [ECO] Community board is marked as debug

[FIXED] [ECO] Community board is marked as debug

Product: The Sims 4
Platform:PC
Which language are you playing the game in? English
How often does the bug occur? Every time (100%)
What is your current game version number? 1.65.70.1020
What expansions, game packs, and stuff packs do you have installed? All packs.
Steps: How can we find the bug ourselves? I went to a community lot and saw it under "community lot items."
What happens when the bug occurs? The Community Voting Board item is marked as debug and has is not able to be clicked.
What do you expect to see? The community board to be clicked as it was prior to this bug.
Have you installed any customization with the game, e.g. Custom Content or Mods? Not now. I've removed them.
Did this issue appear after a specific patch or change you made to your system? Yes
Please describe the patch or change you made. The June 23rd, 2020 Nifty Knitting Patch.

It appears to be marked as an invalid item. Any voting boards that have already been placed cannot be copied with the eyedropper tool.

Re: [ECO] Community Object Showing as DEBUG in Build Mode

The Community Voting Board is no longer listed as a DEBUG item, no longer has a defective thumbnail, and can be placed within the Lot.

I see it too. You can work around this by enabling the bb.showhiddenobjects cheat and placing one of the other available boards:

I'm having the same issue... thought it might be CC interfering but I took everything out and its still showing as Debug.

So EA broke something somewhere... 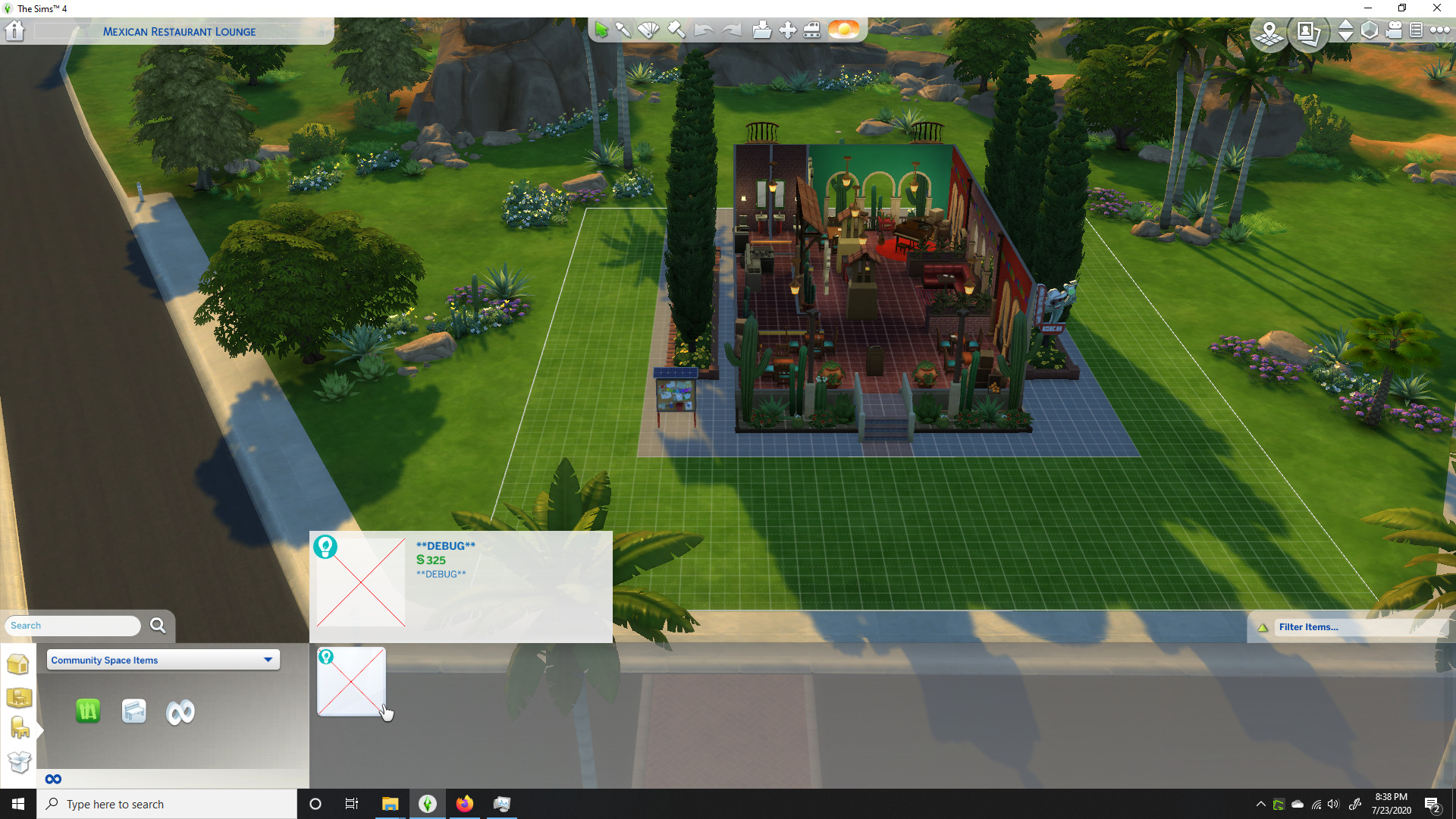 So essentially I went to Newcrest and attempted to begin a Community Space. So, I noticed that it said i couldnt vote on boards that were not within the neighborhood. WEll, I was within the correct neighborhood as shown by the eco footprint split. I figured it was mod related, which I only have a single mod I use. I removed it. Then I realized I had a patch. Installed that. restarted. went to do the same thing over again, only when I click the Community board required for the lot - it doesnt appear clickable. It shows a giant red X with **DEBUG** showing if i hover over it. Exit game. delete cache. repair game. restart. same problem.........only now ive discovered that its a problem in other neighborhoods as well.

Re: [WORKAROUND] [ECO] Community board is marked as debug

Trying to find the EL Community Board and can only find a selection for a *DEBUG* item in its place.  When I go to a lot with one already there, it is present but unable to be cloned, and it still shows as *DEBUG* in the inventory.

Not sure, but this does seem to have occurred from the last update.

I did test with no mods and ran a repair with no changes. 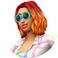 Luckily I had already placed mine on the community space lot I was building, but I also get the DEBUG menu item with a big red cross and I am unable to place it.

Yes the community board was moved to debug items with the latest patch. I don't know why.

@Samsonguy9000 merged your post with the bug report on this.