Same thing has happened to me. I sent my male sim to class and took my female sim to another neighbourhood.The male sim didn't return from class that afternoon and I couldn't locate him anywhere. I went in and out of CAS and he was back in his dorm, but his icon showed he was in class and I couldn't access his inventory. I could interact with him and control him just fine, and he could visit other lots. I've tried resetting him (didn't work), moving out of dorms (didn't work), even quitting university entirely. His inventory became available again once he quit university but his icon still has the little suitcase symbol that says he's in class.

My sim is stuck “at class”. It’s says she’s at class, but she’s not. Since she’s “at class” I can’t access her inventory to do class projects or homework. HELP!!!

@DEARLOVE87 Ya, it was just that one sim that got stuck. But apparently if you play then till the end of the term they return to normal

Travel to another lot and back or edit the Sim in CAS (no changes are needed. This will reset the Sim.

So far, the only option is to wait it out. They should get unstuck once the term is over.

@Shanz0313 That happened to me twice when my sim travels while the household members are in class. First time I got lucky as it's the end of term and they got unstuck pretty soon. The next one happened during midterm and I tried all methods and finally got them out by going back to a previous save. Luckily I didn't loss much progress... 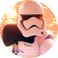 @crinrict I have the same issue. But how can you just wait it out when you can't acces your homework. I think my Sim wil faill his classes then

@Anika16 Buy new homework on the bookshelf. Maybe that works.

As for any boards, as they tend to disappear, I would take them out as soon as you have them and put them somewhere in the dorm/house

@crinrict Will it work when my other sim buys the homework and places it in some room? Because I can not acces the inventory of the stuck sim. This seems like a good plan for now. I'm going to try it tonight.
Message 19 of 36 (1,332 Views)
1

@Anika16 Not sure if that would work. Didn't think about it going to the inventory right away.

Unfortunately I haven't found a way to unstuck the Sim other than to wait it out or drop out of uni.