I really, really thought that you guys might get around to fixing this issue in this patch. It's been more than six months since DU dropped on the PS4 with this broken feature. Come on. It would be nice to play my servo save file some time this year.

Needless to say, this bug still exists in 1.25.

I couldn't even find it in reported issues - is there anywhere else I should be posting this, given it appears to be getting completely ignored? I know 'plug a mouse in to your PS4' sounds like a workaround, but is it really, given the laughter that would happen if a fix for a PC problem was 'plug in a PS4 controller'? We can't fix your bugs with mods on console guys. 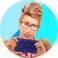 I have tried to toggle the behaviour modules on my servo but I cannot confirm the selections and the game is stuck on this menu until you exit the game.

Re: Game stuck on Robot Toggle Behaviour Modules on PS4 and XB1

I haven't been able to play with my servo in months to be exact more than half a year.

I can confirm this works for PS4.  Just tried it, clicked the mouse on the OK button, and it saves the behaviours and exits the menu.

@Randymarsh12345 I also have had this problem since I first tried playing with a Servo, after two months, still can’t confirm/click the check mark to exit the menu. PS4 and no external mouse to try, only a second controller with the same issue.
Message 26 of 29 (243 Views)
0

As of now, this is still an issue on PS4 at the very least. Basically I can no longer toggle behavior modes with my Servo and I haven’t for the last six months. I guess this isn’t a high priority for the devs?

Yeah, I'm on PS4 and it's still doing it, hopefully they fix it but at this point I honestly doubt it.

We fixed an issue for our Console Simmers that wouldn’t allow them to close the Humanoid Robot’s Behavior Module Menus correctly.