Yes. I first got this issue shortly after bringing a family into CAS to do a slight edit, from the Manage Households panel. I had activated cas.fulledit mode. I believe I also saved the family to my library, but forgot to save the change in my game itself. But when next I went into my library, one of the cats in the household was blacked out. I had only edited the one human Sim, however, I hadn't even touched either of the animals. Restarting my game fixed it.

After it was fixed, I decided to put my old Tray folder back into the game. I had already taken out all of my mods, saves, tray, etc. before downloading Cats and Dogs, and had deleted my cache files and localthumbcache. I had even done a repair of the game before downloading to make sure the game was fresh, so I could gradually add my folders back in once I knew the expansion ran smoothly. When I loaded my game after adding a copy of my old tray, some of the characters were blacked out. I have a lot of households and the majority were fine, just minus the CC, but certain characters, even in mixed households with characters who were fine, were blacked out. I exited the game, deleted that tray, reset my Sims folder and did another game repair, and put in a brand new copy of my old tray folder. Still has some characters blacked out.

I feel like this may be some kind of mod/CC carryover issue, perhaps? I'm no expert, but so far it seems to be happening to people who initially used CC/mods, even though they removed the folder before playing.

I feel like this may be some kind of mod/CC carryover issue, perhaps? I'm no expert, but so far it seems to be happening to people who initially used CC/mods, even though they removed the folder before playing.

Hi! I also have this "black pet" issue and intiially used mods, but since removed them. I agree it could be a mod carryover. Because it seems to manifest as a sort of lighting issue, that's why I wondered if it was something like LLS_NoGloRemover (removing sim's natural lighting "glow") or LLS_ArenSims_NoBluLightingReplacement. Probably the first one, as I think the second one affects ambient lighting not actual sims. So it could be that the first mod is affecting pets in a "weird" unanticipated way, since they are a type of sim. I'm just putting this out there in case any others who had this issue were using that. Of course, it may be an entirely innocent mod. :-)

The fix worked on all the ones I tried this morning except the 3 noted in that post.  I finally got a chance to get back in game and wanted to add a new pet to a household.  It is a small brown bear/dog with all brown fur and tan accents.  But after doing the dropper trick it looks spotted. 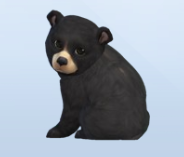 Then, I saw the new suggestions for reasons this is happening to us.  I thought if indeed this is related to mods we previously had in our games then the best test would be a new save right?  Would there be another way to test it?  It's not like the mod permanently changed the game coding.  So if that assumption is correct then starting a brand new save should work.  So I removed my Saves file and started a new save.  Same results. 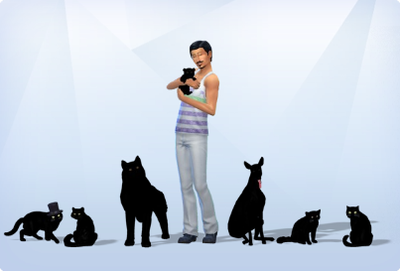 Pretty sure there's users in here that have never used mods but there might be more than one issue (hardware issue, mods issue).

Could I get a head count on how many were at one point using the mods @Frimlin used ?

Then, I saw the new suggestions for reasons this is happening to us.  I thought if indeed this is related to mods we previously had in our games then the best test would be a new save right?  Would there be another way to test it?  It's not like the mod permanently changed the game coding.  So if that assumption is correct then starting a brand new save should work.  So I removed my Saves file and started a new save.  Same results.

Oh well, it was a nice theory.

@crinrict  The LLS_ArenSims_NoBluLightingReplacement and LUUMIA_mod_NoGlov2 are in one of the folders on my desktop but I'm almost positive that it wasn't in the mods folder.  I was running the bare minimum mods when I installed the expansion and they are still in the Mods folder that's sitting on the desktop so if you want a list of what was definitely in there I can give you that.

It's not related to mods or CC.

It happened to me in a brand new save after I repaired my game and generated a new TS4 folder that never had any mods or CC in it.

It didn't happen at first that time but after I exited the game and then went back in.  The custom colors did not "stick" and instead the pet turned black.

The eyedropper trick does not work for me.

We're having trouble reproducing this issue thus far. I suspect mods may be related? I saw a couple people mention they were using LLS_ArenSims_NoBluLightingReplacement at one point, can anyone else confirm whether or not they've used that mod in the past as well? Or maybe it's a different mod that everyone has in common? Thanks for the help!

I also have this problem. No mods, removed old saves, repaired game, reinstalled everything, tried dropper trick (not working), all drivers up to date. I'm not sure what's going on.
Message 39 of 83 (633 Views)
1

@SimGuruNick I don't know for sure if that mod was in my mods folder or not, unfortunately.  I have a bunch of folders on my desktop that I was putting mods into as they were "updated".  Here's the list of what I know without a doubt was in my Sims 4 Mods folder at the time:

The one I had in that I know without a doubt is broken was the Reduced Townie Generation... I took the entire Mods folder out when I realized that one wasn't allowing the game to generate strays.  I hadn't even noticed the black dog until after that at some point.

Can a mod really change the game's code even after it's removed?  I don't know about everyone else but this is only one of the bugs I've had.  I've actually spoken to you on Twitter a few times and sent y'all my save file twice.  All of Catarina's cats are permanently uncomfortable.  The adoption agent shows up with no animals but after traveling they suddenly appear but there's no option to adopt and they poof after a minute.  When I tried to have my sim play with her dog it did this weird thing where the dog acted confused and my sim acted like they do when there's a puddle of water.  After this thing happened in CAS yesterday I just removed my Saves folder and started again.  Unfortunately, the color bug is still there.  I haven't played much in the new save to test anything yet.  The first pic is what happened in CAS/CAP.  I was using "add from the gallery" not "play with genetics".  This happened when trying to add a cat from my library.  I finally gave up and tried to merge the cat from my library into the household but it wouldn't add it!  It would do the whole thing as if it was merging but it never did.  So I thought okay forget that cat let me just edit one that's in the household already quick and you can see what happened in the second pic.  I had to force the game to quit.  I'm convinced that save was corrupted.  I did have the error 102 but I restored it from a previous save.  I'm only mentioning all of this in case someone has a similar issue that might somehow be related. 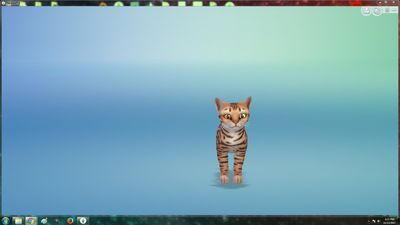