Re: Lost 5 million simeleons out of nowhere!

I did a quick test of this issue and here are the results. 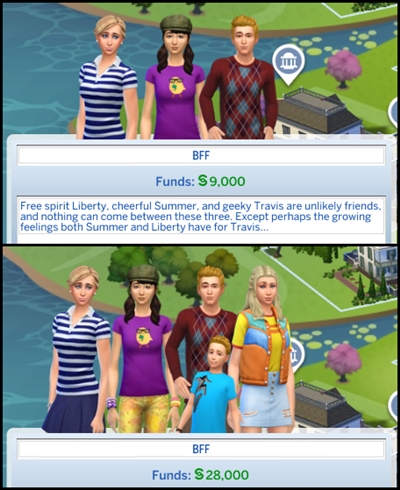 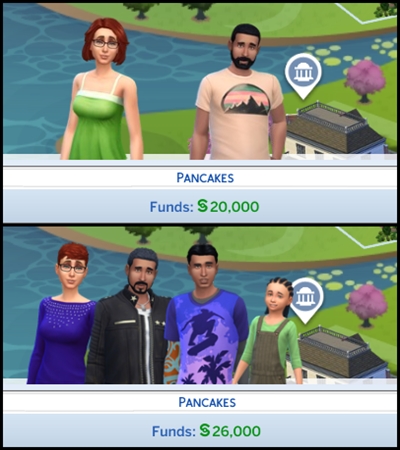 Product: The Sims 4
Platform:PC
Which language are you playing the game in? English
How often does the bug occur? Often (50% - 99%)
What is your current game version number? 1.55.105.1020
What expansions, game packs, and stuff packs do you have installed? Cats and Dogs, Get to Work, City Living, Get Famous, Jungle Adventure, Laundry Day Stuff,
Steps: How can we find the bug ourselves? ?
What happens when the bug occurs? Simoleons will disappear out of my funds. No reason that I can discern.
What do you expect to see? My money to still be in my funds
Have you installed any customization with the game, e.g. Custom Content or Mods? Never used.
Did this issue appear after a specific patch or change you made to your system? Yes
Please describe the patch or change you made. It seemed to happen after I installed one of my bundles

After I downloaded Cats and Dogs I was excited to start the Vet career. I spent a lot of time building it and running it. I stopped doing a lot of the odd jobs my Sims use to do (i.e.: writing for royalties, making apps, games, selling from my garden, etc.) because this Vets office consumed me. I look at my account one day and I went from over two million simoleons to a little less than 100,000. No idea how it happened. I thought it was because I moved some of my other Sims out (extra income) and stopped other money incomes (my garden was a huge bulk of my income). Thought maybe my bills caught up to me. I was in a pretty big house. I was suspicious but no big deal. I moved into a smaller house. Worked on getting my money back up. I watched it almost religiously. Had over $900,000 almost back up to a million. Finally let my guard down. I look back at my funds and it's back down to a little over $100,000. My last bills before this was $19,000. Steep, I know, but that just one day income from just my garden. There's no way this could have happened. I looked at my notification wall to see if there was anything I could have spent it on and nothing. I have never used mods of any kind. So there's nothing to take off. I looked all over the forums and no one has reported a similar issue. Any help would be greatly appreciated.

@Megspelliarmus Only known issue for funds loss is if you add a Sim/Pet to your household. Maybe it also happens if you remove one ?

Did you add/remove a Sim the second time as well ?

Are you sure you just aren’t telling the difference between the vet clinic funds and your home funds?

Businesses have separate money and you can transfer money between them with the transfer funds button.

Re: Lost 5 million simeleons out of nowhere!

Tested again after 1.55.105.1020 Patch 05Sept2019
Moved Sims folder and let the game generate a new one.
Created a new random household of three YA/Adult Sims.
Used money cheat to add to funds.
Played a short while and saved and exited.
Went back into household and then to Manage World.
Added two more random Sims to the household.
Funds before adding: §170,841
After adding Sims: §28,000 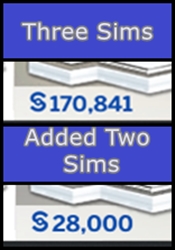 Yes money cheats can add back funds. But it should not be necessary.
I do not even care if no money was added. Funds should at least stay the same.

Yes I’m sure. I put a large amount into the vet clinic but it did not mess with my funds. I know how the transfer system works. Thank you =)

Oh wait. I did add a new pet via CAS. Is that what’s causing this? How do I stop that from happening?

@Megspelliarmus Don't think there's a workaround but if that's what causing your issue than I'll be merging your post with this: https://answers.ea.com/t5/Bug-Reports/OPEN-Adding-new-sims-to-existing-households-resets-household/t...

Do you think it's your issue ?

Yes I do. I used CAS in the beginning to get a dog and again recently. I just didn’t put it together until you said something. Thank you. I’ll follow the forum ☺️

@Megspelliarmus Merged your thread then.