I never though it could be related but yes! My athletic sim is OBSSESED with the dream big option and also "floats on water" everywhere :S

She has the athletic trait

I thought my game was glitched. Really glad I found this thread.

My Sim constantly queues up the Dream Big action. For example, I'll be telling my Sim to practise making drinks (in order for her to get the promotion), and because she has the Ambitious trait you would think the Sim would want to do this in order to get that promotion. Nope. Literally every 5 seconds (I'm not kidding), Dream Big would be queued up and it's got to the point that if I'm telling her to do something that she has to do (i.e. take a shower because hygiene is on red), I would have hover over the area in which queued up actions are located in order to constantly cancel that dreaded action. Eventually, I'll give up. Then when work comes, she gets all tense because she didn't get the promotion. I wonder why that is....

For clarification, yes she does have the Active trait too.

Also I've noticed that if I manually tell my Sim to do something in order to bring a need back into the green, this Dream Big glitch will happen. However if I just let my sim resolve the need in question autonomously, it doesn't get affected. Strange.

Hopefully this gets fixed very soon.

I think the thread title could use some clarification, something like "Active trait Sims drop tasks to Dream Big on basketball hoop" because the problem affects much more than just working out. And I believe this issue has been narrowed down specifically to Sims with the active trait by now.

@Brandinio I've noticed that autonomy thing, too. With my affected Sim, if he chooses to autonomously fulfill a need like hygiene, hunger, etc, the action will complete just fine. But, if he is told to shower or eat or whatever, Dream Big will queue up and cancel the action I told him to do.

Same here, my Sim with the Active trait will run on her treadmill for a minute, then cancel out and head to the hoop to "Dream Big." Also, she was eating at the dining table and randomly glitched through floor, doing the swimming animation. I noticed other users posted about swimming animation glitches. Turning off Autonomy helps keep the active Sim on task, but I know some people want to keep autonomy on.
Message 15 of 43 (1,075 Views)
Reply
1
Highlighted 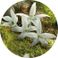 Same issue here, sim with active trait obsessed with dream big, might have another interesting detail. If I queue up a second interaction the sim cannot do at the same time this won't happen. So if she is cooking and then I queue up wash hands she will finish both. I'm going to delete the hoop now though because she can't maintain herself at all and there is about to be a baby in the house.

Are people still having this problem?  I just recently discovered this and I'm forced to just leave out the active sim trait altogether.  Hope this gets resolved soon, thanks!

yes, it's an open issue

This issue has persisted for a while in my game but I wanted to identify what was causing it. It appears to currently only affect Sims who have an Active trait and who have a basketball hoop on the lot.

There are two issues that are happening when a Sim has the Active trait and a basketball hoop on their lot:

2. When they are sitting down and eating--whether on a living room chair or a dining chair--the basketball interaction will suddenly display in their active actions and the animation for the Sim is odd. They drop down into the floor with a splash sound, as though they are bobbing into a pool. Then they suddenly are back in their chair and they resume eating.

Both of these issues have persisted since the basketball hoops were added in City Living. It only seems to affect sims with the Active trait and there has to be a basketball hoop on the lot.

Re: Sims with "Active" Trait Glitching