October - last edited a month ago

Product: FIFA 22
Platform:Sony Playstation 4
Please specify your platform model. Sony PlayStation 4 Pro
What is your gamertag/PSN ID? ned_202
Which mode has this happened in? Career Mode
Which part of the mode? Career mode - manager
How often does the bug occur? Often (50% - 99%)
Steps: How can we find the bug ourselves? ...
What happens when the bug occurs? ...
What should be happening instead? ...

I hope EA will quickly fix all DRM caused issues with the game (stutter, lag, slow menus, devices overheating and shutting down).

At this moment (October 16th), we have more than 100 (one hundred) bugs in FIFA 22 Manager Career Mode! 100+ bugs in just one FIFA 22 mode!!! Some of them are listed below. You can find other bugs and more detailed information with videos and screenshots in this thread.

- All youth academy players have only generic boots

- Some 15 years old youth academy players have grey hair or receding hairline. Too often they look like 50 year old manager

- Youth player that I have been starting for 5 seasons, the first game of the season is always his debut game (debut to remember commentary with graphics before the match)

- Players position will change when you edit his boots or anything else. Also, all secondary positions that player had before will disappear. Because of this players OVR will drop

- If you substitute player he will lose all form. Straight from excellent to bad even when getting above 8.0 rating after the match

- Player can score a hat trick and receive 5.5 rating after the match

- CPU teams – players are playing out of their normal position. No injuries, everybody is fit yet you can see CM or CB playing as a ST or LW playing as a CDM

- If you create 5 star club in Premier League you cannot by high rated players. Player  won't move to a league that is not competitive enough for their skills.

- If you create a club in Championship many bugs will appear: club will not be registered as English premiership club when promoted to Premier League, if you qualify for UCL club will be in the same group as other English clubs, you cannot play UCL games because they are not in the calendar, all result for those games will be generated and you will loose 1-0 every time, you will not receive any financial reward for participation in UCL

- Create a Club gives you the option to set your squad age (very young, young, seasoned, etc.) but there's very little difference (if at all) between the squads you get when choosing different options.

- When selecting to customize the home kit you want, the away kit resets its customization and vice versa.

- Not possible to edit GK kit

- Not possible to add sponsors when you create a kit

- When creating your kit, it doesn't allow you to choose the same design, but with colours reversed, for your away kit

- Upgrade your stadium (choose a bigger stadium). Then go to Office tab -> Finances -> Transactions -> and you can see that actual number of seats will not be increased. You will receive the same amount of money from ticket sales like when you had smaller stadium

- Too often big clubs are selling their players to direct rivals

- Too often big clubs are selling their biggest young talents

- Injured player requesting to play, becomes upset for not playing and request transfer

- New player signings are 1 year less than agreed – for example two years contract becomes one year contract (in all leagues but most frequent in Norway, Sweden, and China)

- One year extension becomes zero years extension (in all leagues but most frequent in Norway, Sweden, and China)

- The remaining time of the existing contract doesn’t add up to the new contract.

- If players contract is not renewed before last 6 months, he places himself on a transfer list without option to negotiate with him

- Random spectators standing on the pitch during match!

- CPU is not making fouls or sliding tackles

- Save games in career overwrites the autosaves, not the main save file

- Before the match, teams kits are always set to home (both user and CPU team)

- Referees wearing the same color kit as one of the teams

- You could win the quadruple but still get sacked because you "didn't sell enough youth player for x amount of money". I.E Board expectations unrealistic/too strict

- When you get a penalty via handball, commentators say the wrong line and just say it is a foul

- When you get a penalty via handball, commentators will be completely silent

- Goal celebrations – sometimes fans are levitating in the air

- Late goal celebrations – even if you are losing 5-0, if you score in the stoppage time, celebrations are like you won Champions League

- Manchester City and Liverpool tactics do not work. You can counter and destroy them with Championship team on Ultimate difficulty

- Sometimes Tetris like discolorations will appear on the pitch

- Sometimes all players will have dark shadow (black outline) around them

- Sometimes when taking a Goal Kick, ALL players will go stand way up at the halfway line (even if you call on them none will come)

- Sometimes letters/text is missing on pop-up during the match – no player names or unknown player, top scorer pops up without player name or number of goals etc.

- GK gloves are clipping through his long sleeves

- Too often we can see completely worn out pitch – EA should be aware that big clubs would never allow this to happen especially in English Premier League.

- After a simulated match in the Premier League the game shows an aggregate above the final result.

- When simulating a match and you're skipping to the end result, the A.I. sometimes makes 4 or 5 substitutes during the game, whilst you can actually only use 3 substitutes

- Career Mode with Rapid Wien. In the 2nd season the Austrian Cup just disappeared from the calendar

- If you edit a player to wear long sleeves, he will wear short sleeves if it is raining

- If you skip dialogue during a transfer negotiation, cutscene will disappeared, leaving the text in the main menu background

- Commentator says that goalkeeper made a save even though he didn't even touch the ball... Goal kick happens after that

- Sometimes CPU high press tactic can have very negative effect on stamina for both teams (user and CPU). Stamina for all plyers is red before half time

Can i just add:
Referees wearing the same color as one of the teams, is still a thing..

Please if you remember anything else just post it here. It will be difficult for EA to ignore a list of 30+ bugs on their official forum.

YouTuber ChesnoidGaming lost his entire save:

YouTuber MGH having problems with player coming back from long term injury:

These were all reported by numerous people during the beta and still all unfixed and all not even acknowledged except for the first names on youth players shirts apparently being fixed in the first TU.

Trying to get a response from EA is harder than teaching my cat Japanese...

Unless it's a FUT issue, those get answered real quick.

- Regardless of their perfomance, all players that are subbed on receive a poor match rating and go straight to bad form after the game.

- Match ratings in general seem to be a bit out of whack. It's incredibly hard to get a good or very good rating for defenders and goalkeepers. I've had goalkeepers make 6-7 incredible saves, keep a clean sheet, and come away with a match rating between 6 and 6.5 nonetheless.

- Transfer AI is not good/ unrealistic. For example Greenwood to Wolverhampton, Foden to Juventus in the first winter transfer window (first summer window disabled). --> Big clubs too often sell their biggest talents. High potential players move to clubs that are equal to or worse than their current club (Gravenberch to Roma).

Yeah I know they do not care at all about offline modes.

It’s like EA is sabotaging career mode on purpose. How can you explain manager wearing full kit in FIFA 21 or all these new bugs in FIFA 22? You can’t.

I don’t think they are aware how many people buy this game just to play career mode. I play FIFA career mode because there is no other football game available and I don't like FM that much.

CPU transfers are disaster. I agree with everything you said.

- After few transfer windows you can find CPU teams with 7 RBs and 8 GKs.

- Manchester City and Liverpool tactics do not work. You can counter and destroy them with Championship team on Ultimate difficulty.

I think that i had pretty much all of those issues... so many bugs

YouTuber Sparring DK have issues with his home ground pitch – discolorations, Tetris like shapes on the pitch: 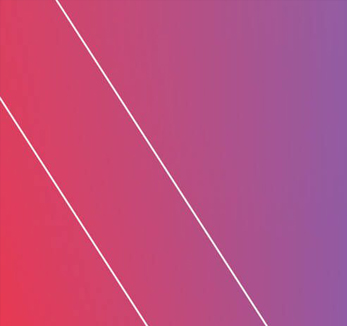