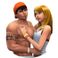 Product: The Sims 4
Platform:PC
Which language are you playing the game in? English
How often does the bug occur? Every time (100%)
What is your current game version number? 1.63.136.1010
What expansions, game packs, and stuff packs do you have installed? All of them
Steps: How can we find the bug ourselves? Play the game for 10 minutes.
What happens when the bug occurs? "The" bug as if it is one is laughable. Too many to count at this point. Qued actions dropping for random actions such as using the computer, checking phone, messing with future cube. In some places its baking cakes or fighting. Autonomy off or on has no effect. N.A.P. in place or not has no effect. Clean install has no effect. The next bug I would like to point out is the interaction for Convince a sim to vote on a neighborhood action plan doesn't show up. My sim is best friends with a neighbor in my neighborhood, the voting is open and still nothing shows up. Future cubes showing up in inventory in mass quantity, this seems to be tied to qued actions dropping. This expansion is a disaster. I have tried to remain patient but come on man very little of this expansion functions correctly. We did test this product before it was released right?
What do you expect to see? The expansion features to function correctly, as well as game flow to not be interupted by unknown interactions that can't be fixed by settings. I would like to see the interaction to be able to convince sim to vote on neighborhood action plan so I can complete the aspiration. I would like to be able to have control of my sim without him/her doing whatever the game is causing them to do. Please fix this and release an update soon.
Have you installed any customization with the game, e.g. Custom Content or Mods? Not now. I've removed them.
Did this issue appear after a specific patch or change you made to your system? Yes
Please describe the patch or change you made. The Eco Friendly expansion is broken

Issues remain even with fresh install.

Yeah, a lot of people are experiencing all of those bugs. It might help if you reported them/added "Me Too" in the relevant threads so the devs can prioritize.

Here are the ones I know of:

I know that the issues are probably related, but the forum mods prefer that we discuss each issue in its own thread. Hopefully this helps!

Yeah, a lot of people are experiencing all of those bugs. It might help if you reported them/added "Me Too" in the relevant threads so the devs can prioritize.

Here are the ones I know of:

I know that the issues are probably related, but the forum mods prefer that we discuss each issue in its own thread. Hopefully this helps!

I am no longer getting invites to festivals, my maid comes to the lot and just stands there and doesn't clean and then still charges me, problems with the queue.  I have had a lot of bugs since downloading the Eco expansion as well.  Hopefully it gets sorted!

Ok I can do that was very frustrated that as this expansion has been out it seems to be getting worse.