Re: Dev traits not revealing

@DrLatBC got the same issue since the game launched 3 seasons into franchise mode as irv smith as my starting TE and his snap count resets after every game. Got fed up and deleted all madden 20 files on my xbox did a full reinstall and guess what happened??? Nothing thats what! EA doesnt fully test there product before release and spend months playing catch up on simple fixes. Happens every year not surprising but it is frustrating when a world wide BILLION dollar company continues to take our money but ignore feedback
Message 141 of 160 (577 Views)
Reply
0

No the person said only the preseason roster worked it didnt work for online or updated rosters so it wasnt a fix!

I'm having a bug where I played with aj brown in franchise mode he had a normal dev trait I got a scenario to improve his dev trait I completed the scenario, once i did it showed a hidden dev trait and the downs played out of 500 have not went up.

I’ve tried to delete everything and restarted and it hasn’t worked AGAIN, sim through pre season a game at a time, 200+ snaps for 3 rookies with hidden dev, play the first game and reset to between 50-60. This was online franchise with active rosters

So disappointing that this can go on for so long without solving it or that it is even an issue as they obviously haven’t tested it before release as it doesn’t make money like MUT or the other stupid mode that was released.

Need some honesty from EA people to hold their hands up and admit this is a complete shambles.

Do they intend to fix this at all?

Not playing another down until I get some answers

I have survived those last years with the lack of "realism" in the franchise mode , or the lack of deepness ......... ( tradings is a joke , coaching and training as well ) but at least it was playable

The information you've provided us has helped out the team in the process of addressing this. They're looking to fix this is an an upcoming update, stay tuned. 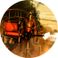 This is great news to hear. I'm hopeful this will work moving forward. If anyone can test this out, it would be much appreciated!

@EA_Blueberry Ok so I have done a quick test and it seems to work, online active roster with a few trades, editing a non rookie position, simmed pre-season and played full first game of season and all downs counted, will continue to test tomorrow.

All looking good though 👍

Re: Dev traits not revealing

@EA_Blueberry I thought I would had this info just in case it wasn't known. Creating a franchise with default pre season roster does not have this bug. But those rosters are out off date and we use the active roster setting in create a franchise and that's where the bug is, also it is in both online and offline franchises.

That's some really good info and at least a workaround for this while the team is looking into it. We've raised it up to the team that this is still happening.

On the previous page I informed the thread it's still being looked into. As a Madden player myself, the workaround is great but ideally a lot of us want to use the most updated rosters. As soon as we find out more information on this we'll share it with you all as soon as we can.

Using preseason rosters is all fine and dandy, except tbat your preseason rosters are out of date as far as players go. I built a team full of UCLA players which some arent available on the preseason rosters. So yeah that doesnt work for me. I bought the game so i could run a franchise to see if i could win a superbowl with an all or mostly UCLA squad