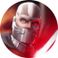 Product: UFC 4
Platform:Microsoft XBOX One
Please specify your platform model. Microsoft Xbox One X
What is your gamertag/PSN ID? Solasun
What time did you see the bug? (HH:MM AM/PM) Always
Can you tell us the date (MM/DD/YYYY) that you saw the bug? 10/07/2021
What is your time zone? GMT (UTC)
Which mode has this happened in? Other
Summarize your bug The Competitive Stats feature (which gives every fighter the same stats) from UFC 3 is missing in UFC 4. I assume the developers decided to remove it. However, when setting up a tournament, there is an option in the Advanced Settings menu to turn on Competitive Stats. Turning it on does nothing at all. (I downloaded the game from EA Play, if it matters.)
How often does the bug occur? Every time (100%)
Steps: How can we find the bug ourselves? Go to Fight Now and the fighter selection screen. In UFC 3, pressing a button activates Competitive Stats and makes everyone equal, but there is no such option in UFC 4. Although maybe this isn't a bug but a deliberate removal of a feature. Next, go to Create Tournament, then Advanced Settings. The Competitive Stats on/off option is there. Turn it on, then go to choose the fighters for the tournament.
What happens when the bug occurs? In Tournament Mode, turning Competitive Stats on has no effect on the fighters' stats at all.
What do you expect to see? When Competitive Stats is on, every fighter should have the same stats just like in UFC 3. But if the developers wished to remove the feature, the non-functioning option to turn it on/off when creating a tournament should be removed as well.

This may be related to the fact that I got the game from EA Play. It's not a big deal, I don't need Competitive Stats to enjoy the game, but having a on/off setting that does absolutely nothing cannot be intentional.