Spook is actually sometimes used as a racial slur against black people in the U.S.

I am trying to name and share to the gallery my Restaurant "Charlie's Place" and it says it is a disallowed word.  I took away the word "Charlie's" and tried to share, and it won't do anything.

@NeverlastingRose I wonder if this is still a problem considering they have talk like a pirate day as a holiday....
Message 203 of 322 (866 Views)
Reply
1

I discovered the Ophelia Nigmos issue today myself. I downloaded them from the gallery, saw that her last name was wrong and changed it. Now I'm getting the popup about it being forbidden. Seriously?? A Sims 2 character is forbidden because it has a prefix that is part of a bad word. The filter needs to look at more than 3 letters. I was planning on making all the Sims in her graveyard, so I assume it'll bother me when I get to Creon too.

Hi crinrict! I'm glad I found this thread. I tried adding a family, based from The Sims 1 with the surname "Hick". Apparently, the word "Hick" is considered a bad word. Does the studio fix these "disallowed" words by reading this thread? 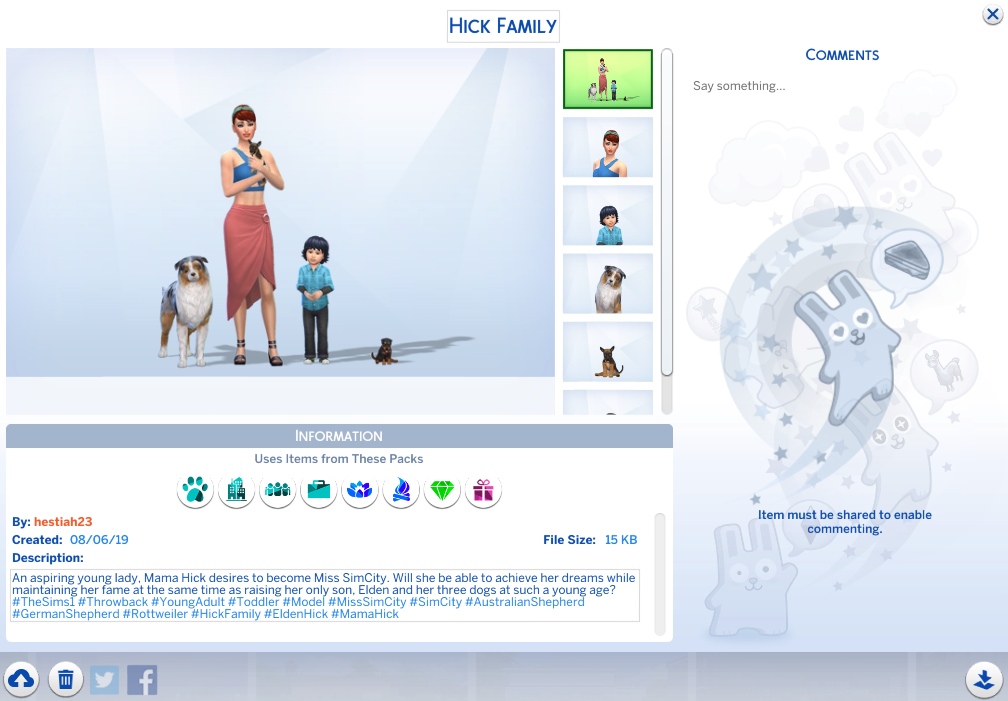 I created a Colonial style house, and was trying to describe it as such. They've banned the word Colonial. It's an architecture style! I put in a butler's pantry, not a slave's hovel out back.

I just tried to make a family whose names are Michael, Jeremy, Joi, Wallis, Leon, Malcolm, Kevin, and Jemma McGregor. For flavor, I added Davenport and Long for last names. I know Davenport and Jeremy are allowed, but which of the others are getting flagged and why? None of the names are hyphenated, so...  It makes no sense to me. :/

Edit: Just found out that McGregor is flagged apparently, but that makes no sense. it's a legitimate name in Scotland and the US, how the plum is that offensive?

Edit the 2nd: Apparently Joi is too?

I created a Colonial style house, and was trying to describe it as such. They've banned the word Colonial. It's an architecture style! I put in a butler's pantry, not a slave's hovel out back.

It's probably because of the word 'colon'. That's the only way I can see why they'd disallow it.

I cannot for the life of me figure out which disallowed word is causing my family to not be saved.  I have tried all sorts of different words.  It tells me I have a disallowed word in the name, surname, OR description.  I can't figure out which one.  I have deleted the description, changed the name several times, and it still won't let me.  The woman's name is Reyna Saucedo (she was a townie), and the man's name is Count whatever, already made from Maxis.  They had a baby named Ricardo Saucedo (whose name I cannot change).  Reyna is an alien-vampire.  Maybe because she is both alien and vampire it won't allow it?  I am completely clueless.