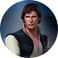 Product: Madden NFL 20
Platform:Microsoft XBOX One
Which console generation do you have? XBOX One
What is your gamertag/PSN ID? supa snipa2 118
Date/time issue occurred 4/8/2020 at 5:50PM
What type of issue do you have? Crash/Freeze
Which mode has this happened in? Franchise Mode
Which part of the mode? Offline
What is your Franchise League Name? Giants
Summarize your bug I forced a trade in the draft by going to user management and changing to a coach of a different team. After making the trade, I go to retire the coach and as soon as I retire my game crashes.
How often does the bug occur? Every time (100%)
Steps: How can we find the bug ourselves? I am not sure. I am an owner on an offline league. I went to user teams, and became an existing coach, then tried to retire and go back to only having my owner, then it crashes.
What happens when the bug occurs? The game freezes and then crashes and sends me to dashboard.
What do you expect to see? It should just send me to my owner character I have. I have seen YouTube videos of people doing this and it worked for them.
PS4 Crash Reporting: Please copy the text you put in the crash report here.
What is the AMD or Nvidia Model Number of your graphics card?
Enter RAM memory size in GB

Tried to give a realistic trade to a team in the draft and the game wouldn't accept it. So I tried to force the trade by going to user managment, becoming the coach of the team I was trying to trade with, making the trade, and then retiring the coach so I could go back to my original owner and not worry about another team. As soon as I go retire, game freezes and crashes. I saw videos from That Franchise Guy doing the exact same thing I did and it worked fine for him.

Thanks for coming here to fill out a bug report and unfortunate to hear it's crashing on you. Is there any way you have a previous save point you can go to before this started to happen? I only ask that because we're limited on franchise mode crashes as we can't address those through our tools and offline franchises are saved to the console. It could be a rare bug experienced or the result of a corrupted save file.

Have you tried power cycling the console to see if that helps out at all?

How to power cycle your Xbox console:

Important Be sure to wait 10 seconds. This step resets the power supply.