Product: Apex Legends
Platform:Microsoft XBOX One
Please specify your platform model. Microsoft Xbox One X
What is your gamertag/PSN ID/EA Account name? OSurrounds
Please provide your squad mates' gamertag/PSN ID/EA Account name if possible.
Are you using any software with an overlay? No
Which Legend were you playing (if applicable)? wraith
Which Legends were your squad mates using (if applicable)?
Where did the issue occur? In a match
Which part of the map or menu were you in? If you don't remember the exact name, please describe the area or what you were trying to do in the menu. Train station
What were you doing when the issue occurred? E.g. respawning a squad mate at a beacon, using an ability, a squad mate left the game. fighting other squad
Did your squad mates also experience the issue? Yes
How many matches had you played in a row before the issue occurred? 4-5
When did this happen? (dd.mm.yy hh:mm) 07/25/2020 10:30 ish EST
How often does the bug occur? Occasionally (10% - 49%)
How severe is your issue? Major impacts to gameplay
What happens when the bug occurs? my game goes black and returns to the title screen. After I reconnect I'm where I was when it reset(often dead) this occurred twice tonight in ranked matches. I still lost RP and its still effecting my stats.
What should be happening instead? The game shouldn't be booting me back to the title screen, and if it does don't reload the game where I left off
Steps: How can we find the bug ourselves? that I'm not sure of

It sounds like the connection to the game might be dropping. I'd like to try out some troubleshooting to see if we can help prevent this from happening again in the future.

When you have the chance can you try running through the basic connectivity troubleshooting steps from the EA Help website? If it keeps happening after that check out the Xbox-specific steps as well.

Let me know if you're still seeing any disconnections happening afterward. Thanks! 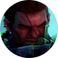 I have the same issue! Lost some points in ranked as well.