Blocking Shots does not equal Tripping

Blocking Shots does not equal Tripping 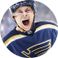 Product: NHL 21
Platform:Sony Playstation 4
How often does the bug occur? Often (50% - 99%)
Steps: How can we find the bug ourselves? Block a shot, get whistled when a guy continues just skating into you for no reason.
What happens when the bug occurs? A penalty is called.
What do you expect to see? A blocked shot not resulting in being shorthanded.
Was the issue in online or offline mode? Offline
Insert Game Mode or Feature here Franchise Mode
What time did you see the bug? (HH:MM AM/PM)
What is your time zone? EST (IET) - GMT - 5:30
What is your gamertag/PSN ID?
PS4 Crash Reporting: Please copy the text you put in the crash report here.
EASHL issues? Please insert your Club Region.
What is your game language? English

Here's another one I just keep continually seeing, and it's ridiculous.  If you're going to build in commands to do legitimate NHL things like block shots, how about also program the functions to not result in penalties (you know, also like in real life).  You don't really even have to make contact with the skater... sometimes you just cleanly block the shot and get whistled for tripping anyway.  This is on the "dive block", not a poke check type of block, which also almost always results in a penalty, as well.  All puck, no player is not a penalty... and even player contact, in real life, is often not called, either, and definitely not on a "dive block", where the person lays down to get in the lane.  Don't bother putting these functions in the game if you're going to make using them useless.

It would be great if you can provide some video on this. Currently, you won't get called for tripping if you're laying on the ice for extended periods of time. A couple seconds or more. That way someone can't purposely cause a penalty for skating into someone laying on the ice. If you drop to the ice in traffic and cause a trip, that's going to be a penalty.

Your comment about getting all the puck and none of the player is correct. If you only touch the puck and you don't touch the player, no call will be made. If you have video of a tripping call occurring without the player being touched by anything, we'd want to see it as that sounds like a bug. Thanks!

Listen, man... I'm old (in terms of gamers)... I don't know how to capture some video for you, but this coding is very un-clean. Yes, if I were to decide to "dive block" in traffic, and I took someone out, that would be a reasonable call, and I wouldn't be dropping in this flurry of posts. This has all been stuff that's built up over a season and a half of Franchise Mode, trying to get something that resembles actual hockey out of the game. I've got it close, but this (and the other stuffed logged today) is a joke.

I'm talking about going down in the slot with someone loading up a slapper from the blue line... that kind of gap. Like, not even close, dude. An idiot would be clicking the two-button "dive" in a net-front cluster. I'm talking about watching a puck bounce off my feet and the ref's arm still going up. Or, a guy skating into me long after the puck is gone, usually while my animation to get up has already started. There's not even that much time between blocking and standing back up, in my experience, to understand where you're coming from about "laying on the ice".

If this were a FIFA-style ball tackle being done in hockey, I would agree with these calls.

What system are you on? I'll get you some instructions for capturing video. You also can do a google search to find out. On Xbox, you just hit the guide button and then X to capture the last 30 seconds of play. We really need to see video of what you're experiencing.

Do I run video capture all day long and just wait til it happens? Seems inefficient.

No. You can record what happened. There are different options for this in the settings of your PS4. If you google "How to record clips ps4" you'll see the instructions.

I think he's talking when clicking L1 ps4 to crouch to block a shot or pass. If players see you doing this they will skate towards you and run into you resulting in tripping penalty most the time.

It's not always on purpose they run into you but often.

You will only get a tripping penalty if you go down right in front of the puck carrier. If you're down for more than a second or so, a penalty won't be called. If we can see some video of the trips occurring that you think shouldn't be, that would immensly help.

What I'm saying is players not involved in immediate play see you in the block shot position and skate towards you on purpose this almost always results in a tripping penalty.