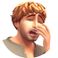 Well, we have August of 2020 right now, but this bug is still a thing on my device

It showed up after November update (it's the one which added neighbourhood). And honestly, the game doesn't seem to be working yet.

As my predecessors said, the screen goes black (or UI changes to transparent), but music and sound effects are still playing. The game actually is playable, it reacts when I click on screen, but how I am supposed to play when the whole screen is totally black? Visuals break after these actions:

*coming back to the game after watching in-game ad;

*clicking the tick above Sim's head (when the shift is complete);

*when daily rewards / stickers show up.

Simply said, you never know when the problem will occur. Sometimes I can play whole week without any case of this kind, other day I can open the app and the first action I take breaks the visuals. When it happens, I have to close the app and reopen it. I did all the troubleshooting steps, but they may help for a day or so.

Product: The Sims Mobile
Platform:Android Tablet
List the specific devices you play with Samsung Galaxy Tab A (2017)
OS Version Android 9
How often does the bug occur? Hard to tell (occurence described above)
Steps: How can we find the bug ourselves? Occurence described above
What do you expect to see? Fixing the problem, so the screen never goes black (or UI goes transparent) after actions described above
Connection Type Wi-Fi
Please select your region Europe
Country Poland
Additional feedback I open the game via Samsung's 'Game Launcher' app. I attach the screens of transparent UI (after watching an add).

I have moved your post and created a new thread as you were commenting on an issue that was solved in September 2019.

I suggest you begin by contacting an EA advisor.

You should send in a Help Ticket from your in-game account. Advisors need mobile players to do this because in-game mobile tickets bring through needed details. Contacting by any other method will only delay support and you'll be asked to go back and send in an in-game help ticket. Also worth noting that sending in help tickets from the mobile in-game account ensures the tickets go through to the mobile advisors directly who'll be far more informed.

@SalixCat Thank you for answering. I contacted an EA advisor before but I was told to get through the troubleshooting steps only. It worked for few days, but then it crashed again. After a while I tried to contact an EA advisor via EA Help site, but it moved me here. But I guess you're right, I'll try contacting an EA advisor once again.

Well, the problem still occurs. After doing all trouble-shooting steps and re-installing an app I still have this problem. Not sure whether it's problem with my device or app. I'm still in contact with EA Help though.