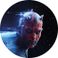 @x7eight  I completely agree. I have stated in previous comments on this thread that "they can't even get the basics (trophies) right". I should have said that it's not high on THEIR priority list. Plus I think the issue is at a deeper level than just the trophies, I believe it is the overall tracking of statistics in the game. My mates and I are max rank, and for about a month BF kept telling us that we have just ranked up to 50 over and over again. And my mates havn't been able to unlock certain weapons because class ranks aren't tracking. Which makes sense that different trophies aren't being unlocked, especially for rank scores (jack of all trades etc).

@FIITHAZ08, @x7eight  Your right the tracking is definitely the issue. Every time I went into my stats after doing the stationary weapons kills, it would show that I had kills as in people killed when I dropped bombs on them. And not even sure if the soldier kills were from the stationary weapon kills or just kills I got bombing other targets. Also underneath the soldier kills it says (destroyed 0) , so it didn't record not a single one of the 18 destroyed stationary weapon kills I got for the death from above trophy. That's when I was like something is terribly wrong with this game. 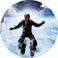 @Fire_Ant3 my stats seem to be fine but I have not tried the dropping bombs yet as I don't want to have to get all 5 in 1 go,

I just hope they can fix it to retroactively unlock all the xp related trophies that many of us met the requirements of during this glitch period. Would be pretty bad if not then anybody exceeding the requirements will be put of luck.

I'm sure they will fix it eventually but yeah just seems pretty wild that something like this can slip through for as long as it has.

I am so exhausted, I finally got Death From Above and Globetrotter trophies today, because I did not leave the server and it took me 6 hours non-stop playing and can't leave the server. I was try to get Eager Beaver but I am really tired.  I got 3 trophies left is Eager Beaver, Elite, and Jack of the Trade.  COME ON EA!!!!  STOP WASTED PEOPLE TIME,  TROPHY BUGGED STILL TOP TOPIC WITH HIGHEST POINTS AND LONGER THAN MONTH!

@untildawn85 This has happened u swear with EVERY battlefield game so far. I don’t understand what’s the issue.
Message 315 of 708 (858 Views)
5
Highlighted

The problems occur with all multiplayer trophies on as soon as you change the server, then the counter is reset .... but if you stay in the same server and earns in this train times fixed 500000 points you get the trophy ... 👍🏻 Tip ... EA that you bugtastisch always since ... I mean really first-class the game was made ... but these persistent bugs mess up the game again and again ... already at battlefront 2, etc .. because considered you from the house EA ever something to create ... with no other game makers is always as bad as EA ... do not test it? So always a pity
Message 316 of 708 (727 Views)
8

@untildawn85 I'm scared when they fix it those of us that got past 150k or past 500k won't be able to get it since we pass the requirements.

Hopefully when they do fix that it'll fix the server changing problem so can grind out the frontlines flag trophy without losing progress.
Message 317 of 708 (613 Views)
3

@x7eight I think it's highly possible. 150k trophy can be earned by deleting all patches and just play the story mode offline if you have a hard copy. I stopped playing online when I know Jack of All Trade and Elite trophy are glitched.
Message 318 of 708 (538 Views)
2 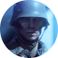 Achievement in the Origin called "Globetrotter" According to the condition of the problem, it is necessary: ​​Play a round in the "Conquest" mode on all maps that are initially available in the game. After unsuccessful attempts to take this trophy, I spat on this case (the vacation ends) There is an opinion that you need to play on one server, which would count this achievement.