Product: Star Wars: Galaxy of Heroes
Platform:Android Phone
What type of device are you experiencing the issue with? Xiaomi Redmi Note 4
OS Version 7.0NRD90M
Ally Code: (Find it here: http://bit.ly/AllyCode ) 317824548
What type of issue do you have? Gameplay
How often does the bug occur? Rarely (0% - 9%)
Summarize your bug The battle hangs and I don't get the action bar. All the buttons in the top left are clickable, but nothing happens (autoplay icon goes green, but nothing plays, I can enter battle settings, and fold/unfold buffs), but I can't take any battle actions.
Steps: How can we find the bug ourselves? Do lots of arena battles. Not sure whether it's toon specific, but here were the teams: Me: EP (lead), DR, DSBS, SiT, DN Opponent: DR (lead), DSBS, HK, SiT, Thrawn
Connection Type Wifi
Please select your region Europe
Country Spain

I had never experienced this bug back when everybody was complaining about it, and honestly thought it had been solved. But it just caused my arena game to hang. As you can see in the screenshot, my action bar doesn't appear. I didn't take consecutive screenshots, but basically I can do everything except actually complete the battle. I remember there was a dev update that this had something to do with CHS, and there were (unconfirmed?) reports that thrawn caused problems, but as you can see, thrawn was already dead by the time this happened (and had been for a while) and CHS was obviously nowhere present.

This cost me a refresh, but your support team kindly reimbursed me those 50 crystals. So excellent job there, but I would prefer not to get bugged in the first place. 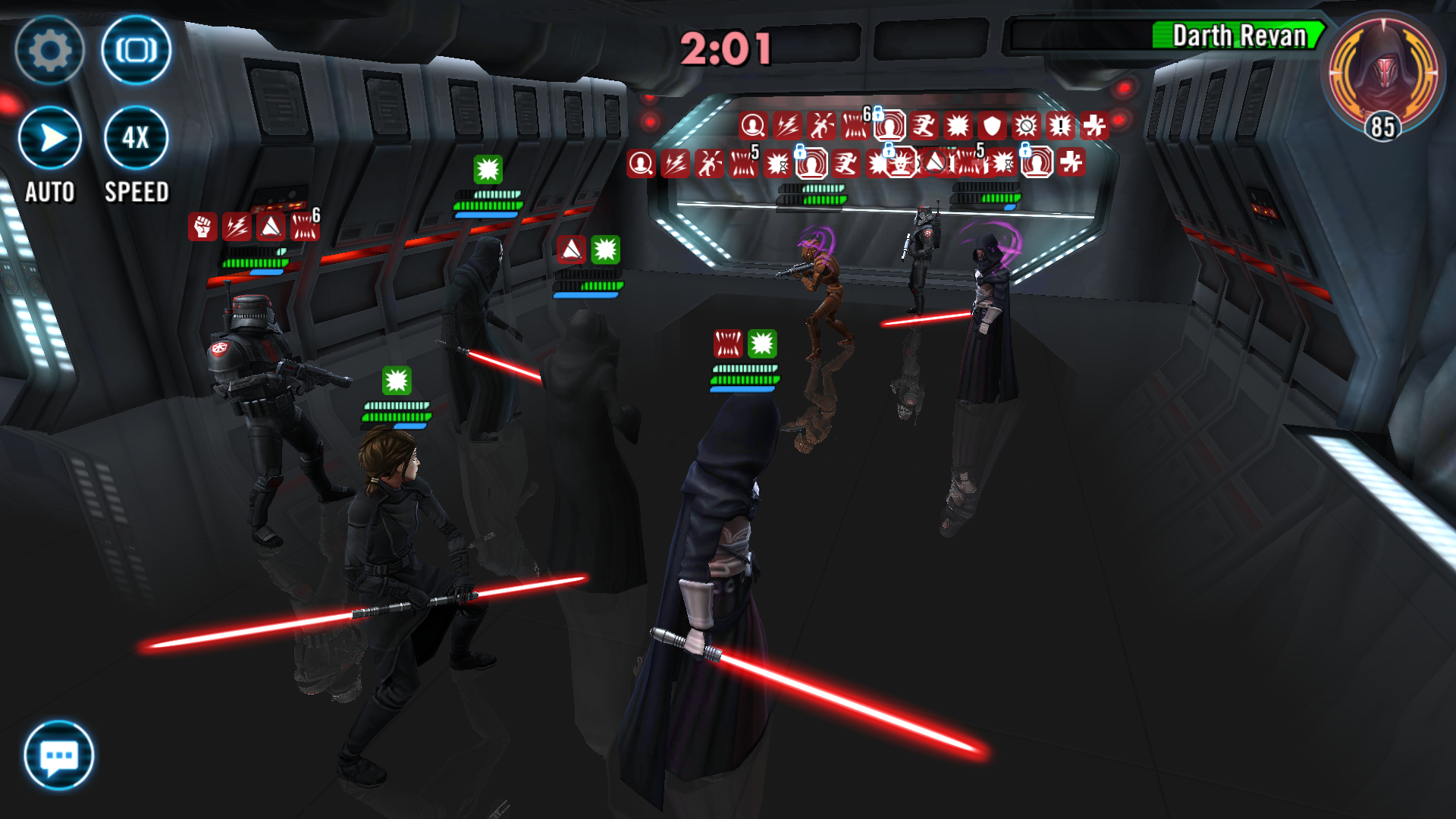