Base Game Blush Too Opaque After Update With Makeup Sliders

Base Game Blush Too Opaque After Update With Makeup Sliders

Product: The Sims 4
Platform:PC
Which language are you playing the game in? Svenska
How often does the bug occur? Every time (100%)
What is your current game version number? 1.69.57.1020
What expansions, game packs, and stuff packs do you have installed? All except Snowy Escape, Spa Day, Outdoor Retreat, My First Pet Stuff and Digital Deluxe.
Steps: How can we find the bug ourselves? Apply the base game blush (the one which isn't MAC) to a sim, especially take a look at swatch number 4, and compare it to what it looked like before the patch (maybe you have pictures of sims with this blush before the patch).
What happens when the bug occurs? The opacity slider on this blush is on the highest value when you apply the blush. It is much more opaque than before the patch. Sims who was already wearing this blush before the patch has a way more opaque blush now.
What do you expect to see? That the blush starts on an opacity value which make it look like what it looked like before the patch.
Have you installed any customization with the game, e.g. Custom Content or Mods? Never used.
Did this issue appear after a specific patch or change you made to your system? Yes
Please describe the patch or change you made. The patch which added sliders for makeup.

Example with Babs L'Amour below. First picture is taken before the patch (not my picture, I took it from the The Sims Wiki sims.fandom.com) and the second picture is taken after the patch when I just downloaded Babs from Maxis' gallery. 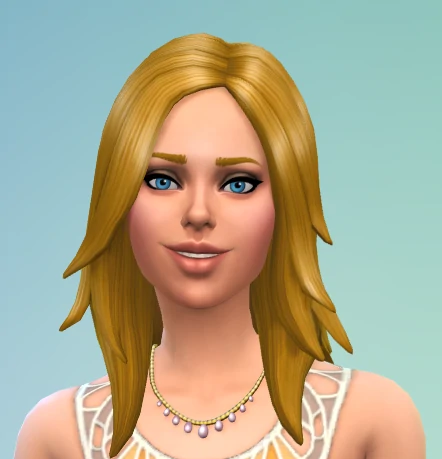 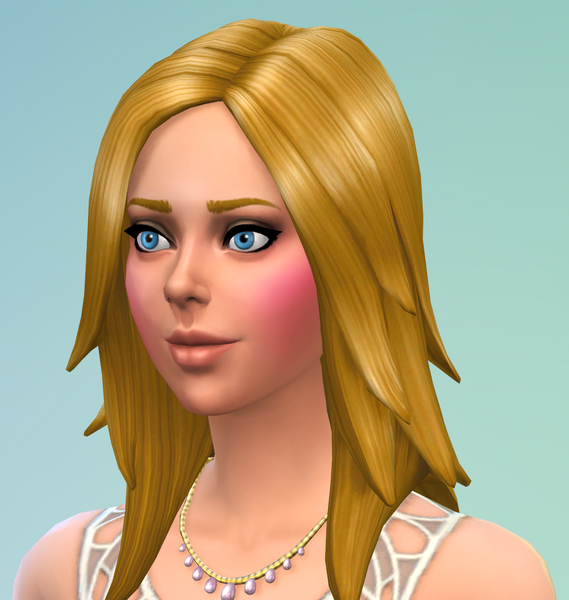