This just happened to me in Wave-3 of the Combat Mission in Geonosis TB, Phase-3, Middle Sector.

As you can see from the image and the video I am close to beating wave-3 at this point. The game stopped responding properly with the missing ability buttons/icons the moment that Ki-adi-mundi died (from debuff dmg) as he stepped back into his place after taking his attack. (So perhaps the problem is some issue where the game is waiting to complete an automatic action -  in this case my Dooku countering - when the action isn't actually possible anymore -  in this case because Ki-adi-mundi died after his attack but before the counter)

Link to video showing the frozen state, but unfortunately not the initial freeze as I wasn't recording the run:

iPhone us plus iOS 12.3.1 happened this morning in p3 when Ki Adi Mundi went to attack, lagged across screen, and died. Was unable to do anything after this

@CG_MindTricks Happened to three of my guildmates including myself. Always when B1 in GG Team dies.
Message 43 of 763 (1,207 Views)
Reply
1

Android Galaxy S8... Grand Arena... right after I eliminated his B1 battle droid.  I have video too.

The lock-up happened when Mundi was in red with a few dots on him.  He took a turn hitting DN and died from dots.  The game hung at that point.  Turn meter is not full for anyone, buttons are gone, and the gear icon is gray so my only recourse is to kill the game. 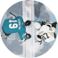 This happened.in phase 3 of HSTR. The whole NS deathstorm seems broke. After Talzin and Initiate died, Asaaj AOE did not topple Traya. Every attack seemed to also drain their health. 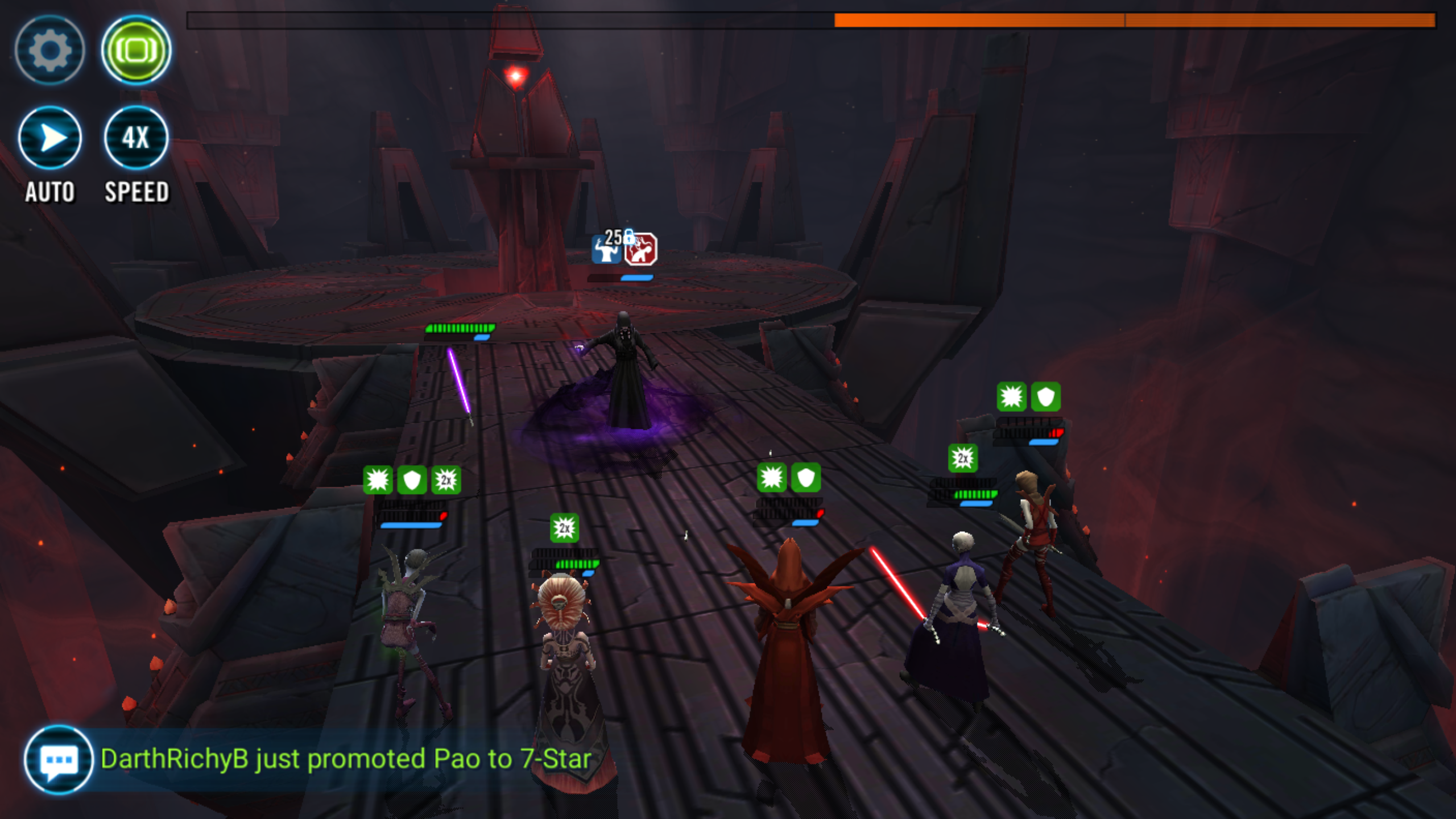 Grand arena, bottom area round 3. All icons dissapeared. Samsung galaxy A8. Has happened multiple times before in arena and GAC. it has cost me grand arena rounds before now its potentially gonna cost my guild in TB. 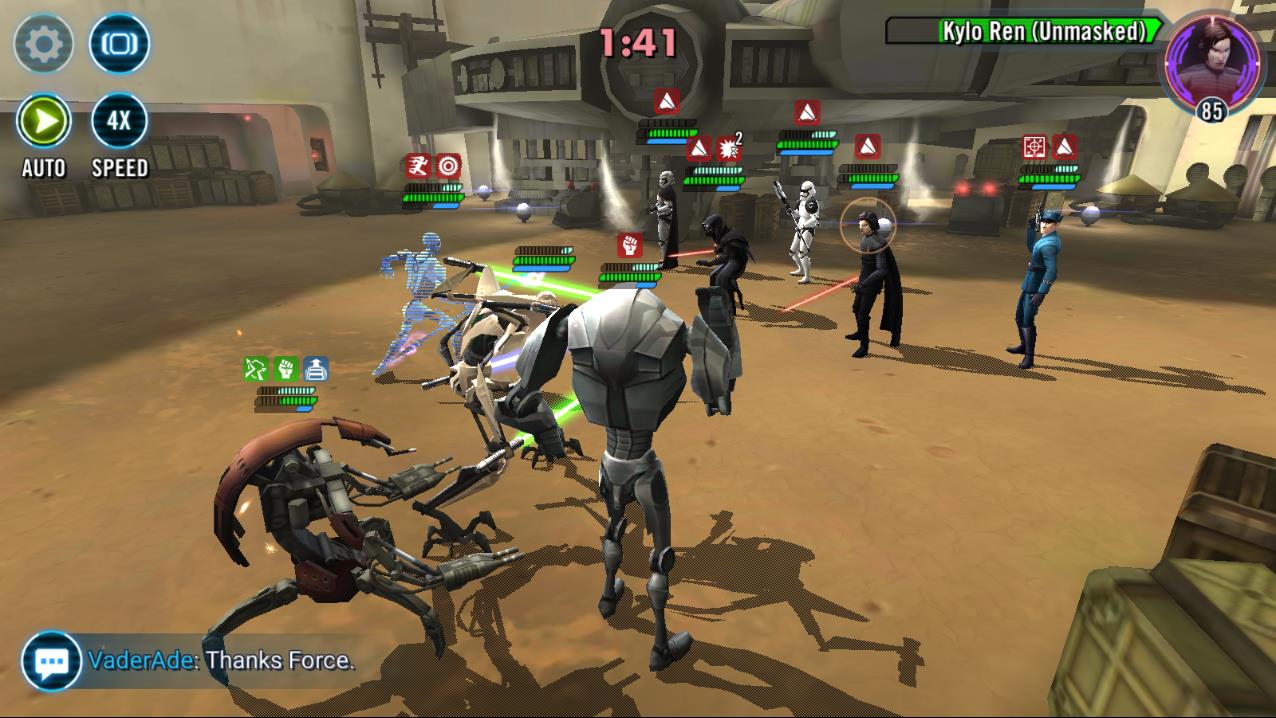 Territory battle, bottom area round 3. All icons dissapeared. Samsung galaxy A8. Has happened multiple times before in arena and GAC. it has cost me grand arena rounds before now its potentially gonna cost my guild in TB.

This was in Grand Arena.

I used Traya, Sion, Darth Nihilus against Shaak Ti and 501 clones. 5s died first due to assists, then Sion killed Rex. Echo went next, and then the battle hung with no ability buttons appearing for me, all the way till time out. At the end, the main screen showed 5s still alive with red health.

This cost me my GA match, and 1 zeta at least.

I was using Samsung Galaxy S9, on android version 9.