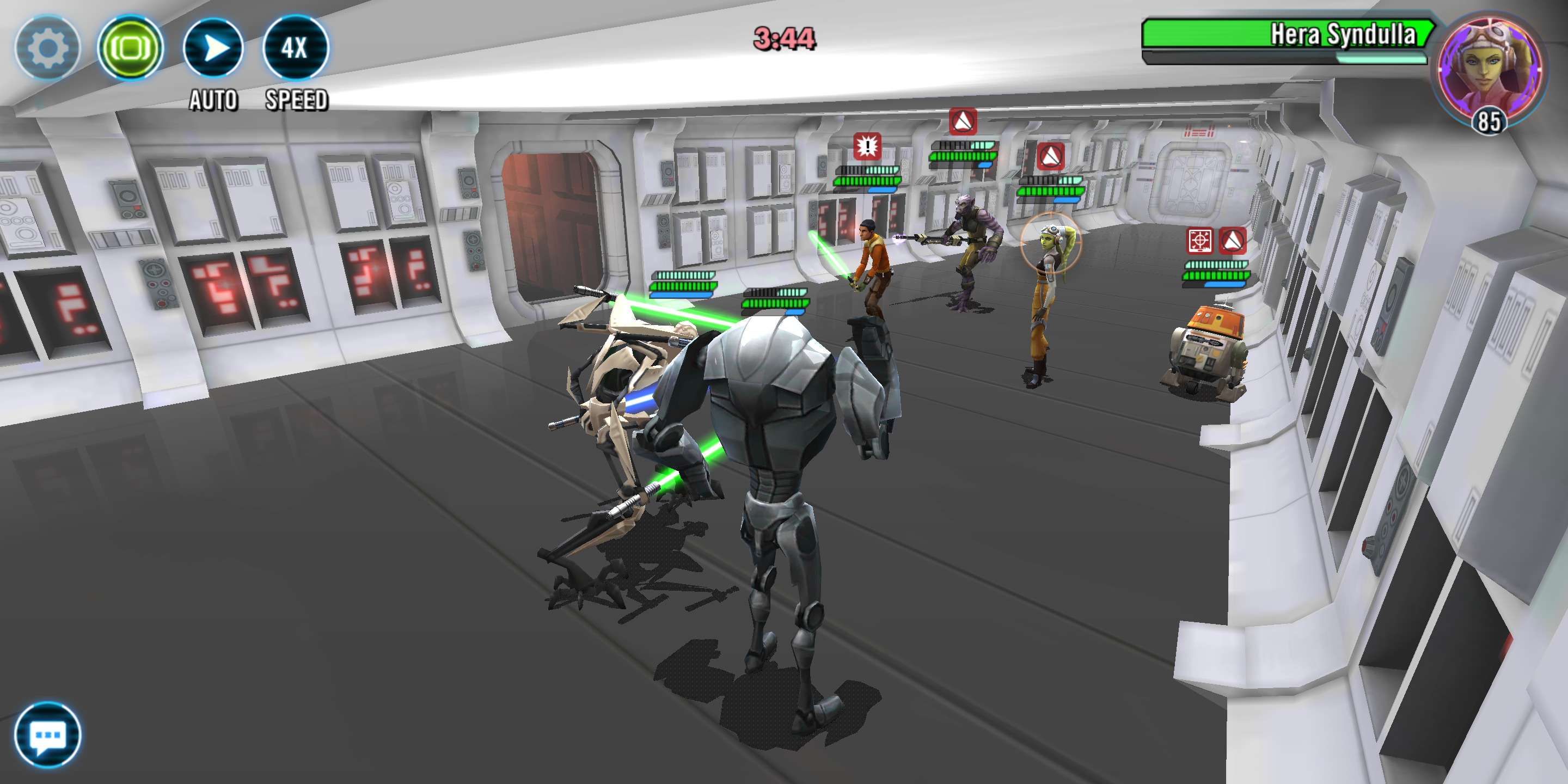 Playing grand arena, doing special battles, or simming Cantina battles for relic components my game will freeze with no icons to press. This is extremely frustrating as I've now lost two grand arenas because of it.

Territory Battle, Wave 4 of top combat mission in Canyons. GG was stunned and they killed B1. When it came back to GG's turn, the ability buttons disappeared. Would also like the 292,000 points credited to that territory as there was no way I was going to lose this. KKthnx

Happenend twice, yesterday game  fully crash. Today battle continue but turn doesnt fully switch to my ship (its in fleet arena both time)
Like TM raise doesnt go and nobody get to take a turn 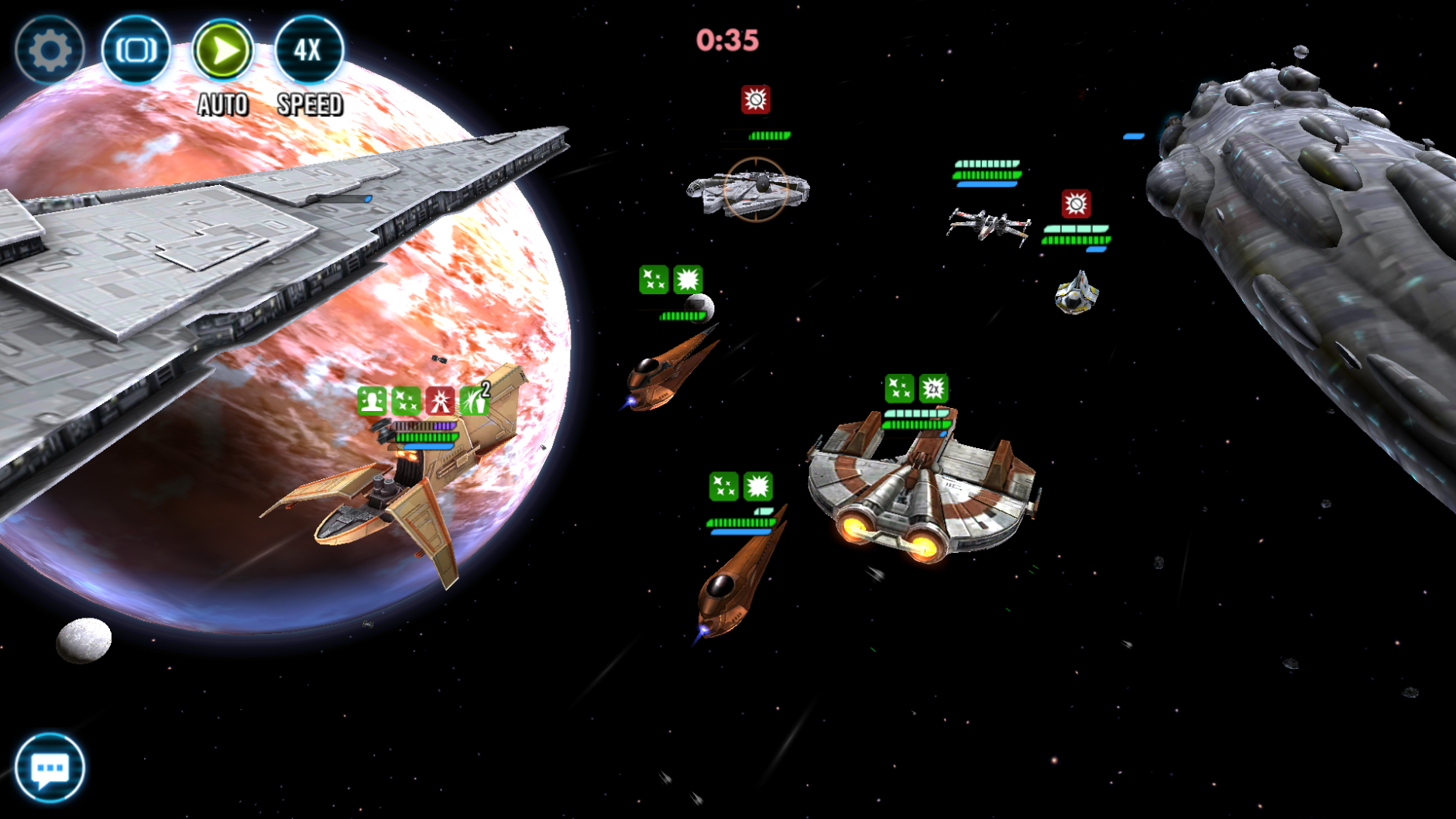 Galaxy Note 9, Android 9, While in Grand Arena lost activity buttons....  had to let the timer run out...

I can describe the situation and what I think happened.

I was using JKR to fight a Gen Grevious team that had already had 1 battle in TW, Magnaguard was dead and the rest of the team had TM.  Everything went fine until the following series of events.

My team then focused on B1 and had B1 at 7 or less stacks of battalion.  GG was stunned and his TM filled at that moment and he took a turn causing B1 to lose its last stacks of battalion and be defeated.  This gave GG another immediate turn, and froze the game.  GG didnt attack despite having full TM

ok, there is a bug and I know what caused it, at least I guess so. When echo was close to 1% HP, Fives called him or just used basic and Echo assisted - Fives died to save Echo and didn't finish his turn - game counted that this is his turn still, but fives was already dead. I waited to battle time out and saw fives alive in enemy squad.

The same as above. I think Bzzka is right, at least in this case. (Size of the screenshot was a little too big, so I lowered saturation.) 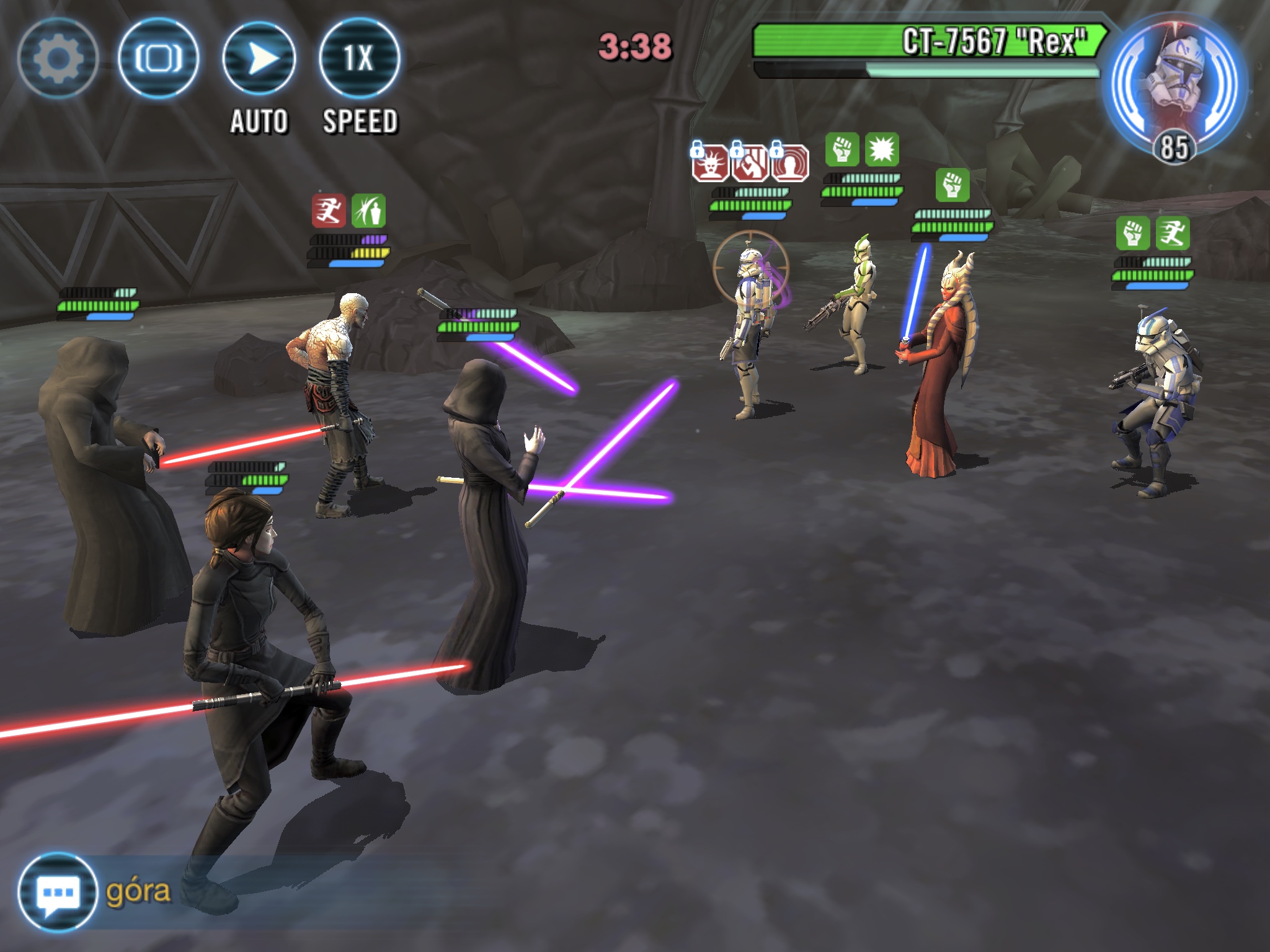 I don’t understand why you cannot figure out what’s goin on with this bug! Just go and fight a clone team and it locks EVERY time. It’s ridiculous that we cannot get this resolved months later!

Two days in row now... same thing I keep losing matches and you cannot figure out a resolution? Maybe just disband the game and start over I’d rather that than this junk every darn time!

It’s just awesome to provide game mods like TW and GAC that are unplayable because of this junk! Well they’re playable as long as you want to lose every match!!!!!! 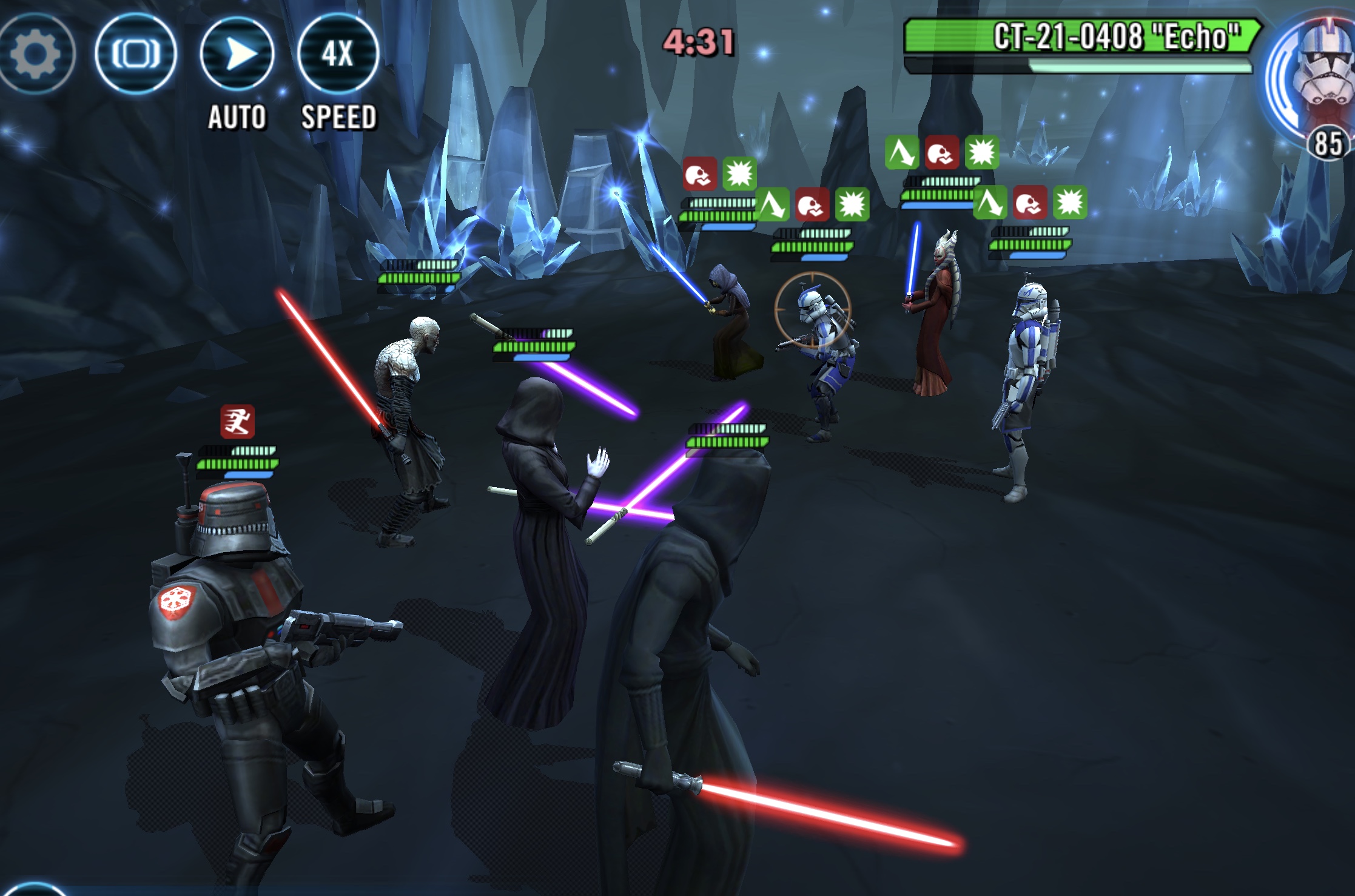 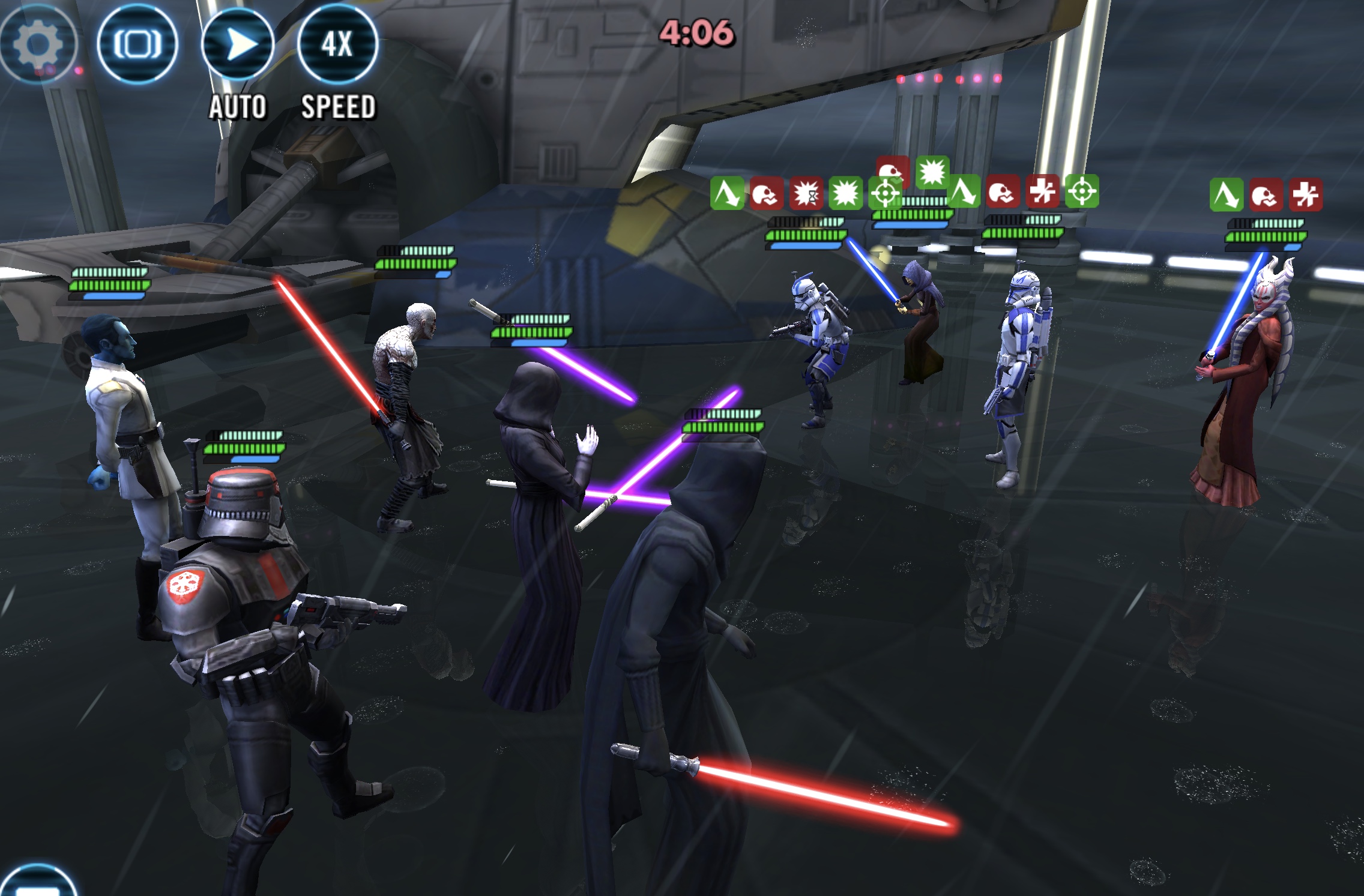